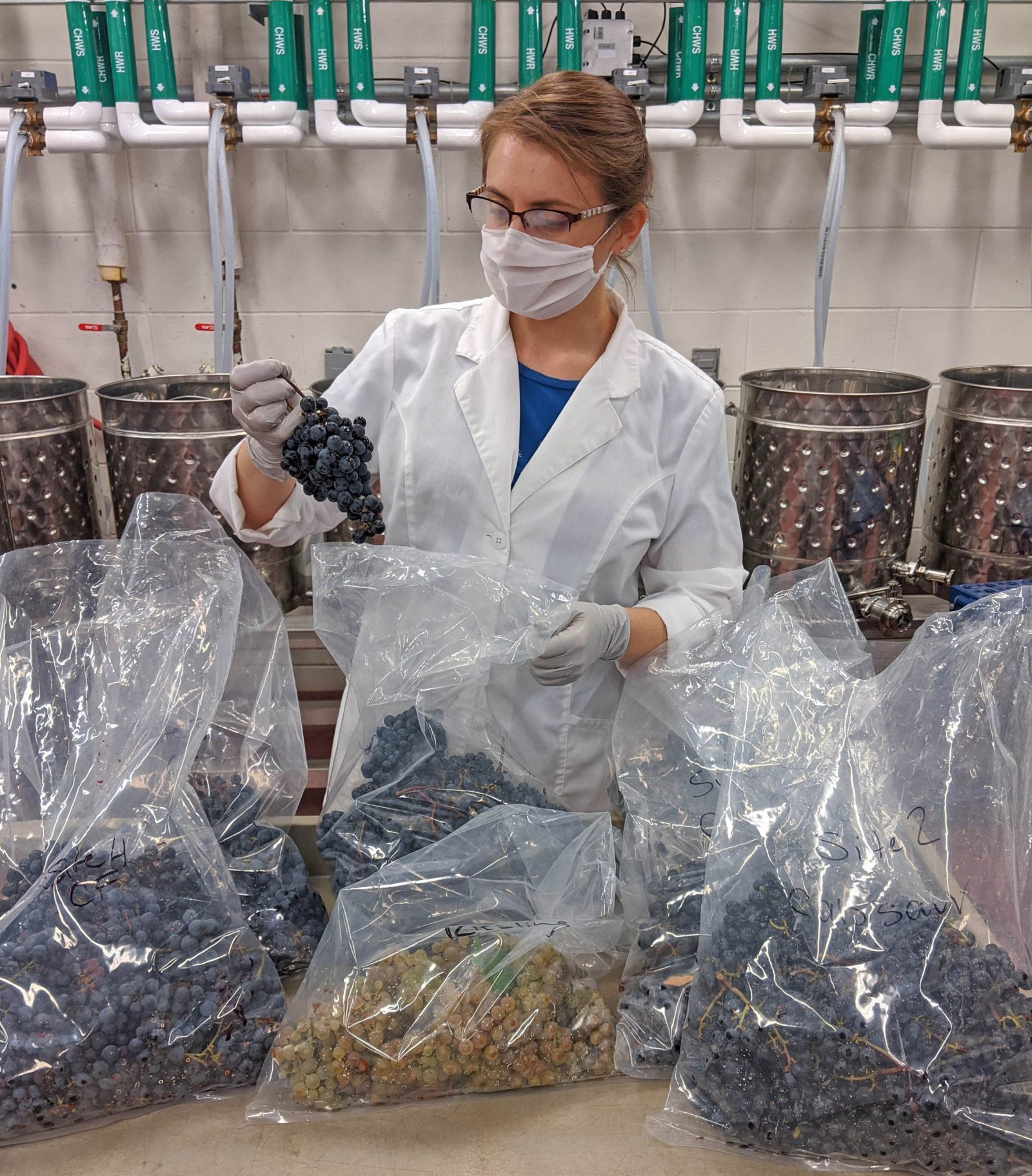 With the grape harvest right around the corner, Brock University’s Cool Climate Oenology and Viticulture Institute (CCOVI) has once again launched its Preharvest Monitoring Program to support Niagara’s grape growers and winemakers as they prepare for the upcoming vintage.

Jim Willwerth, who is the head of the program, says sparkling wine grapes and some of the early red hybrids should be ready for harvest toward the end of this week, with early data pointing to this being another excellent year for Niagara wines.

“The weather from the beginning of grape maturation to harvest is going to be really important to determine the quality of the vintage, but I think we have a high potential for this year,” said Willwerth, Assistant Professor of Biological Sciences and a CCOVI Researcher. “Based on the historical data and what we’re already seeing with respect to the amount of heat units and growing degree days, and if we have the same wonderful weather in September and October as we did in 2020, we’re right on track to have another banner year.”

The program has been tracking the progress of Niagara’s grapes at four sites across the Niagara Peninsula every year since 2010.

The team collects samples of Chardonnay, Riesling, Cabernet Sauvignon, Cabernet franc and Pinot noir to be analyzed by CCOVI’s Analytical Services for key ripeness indicators including Brix (sugar levels), titratable acidity, pH and acetic acid (which indicates fruit health). The results for this and all historical harvests are made available to the industry through an interactive website, which receives thousands of views every year.

“There was a lot of speculation on how early of a harvest it was going to be and what this hot, humid weather would be doing to the grapes, but the preharvest program really gives us a good starting point,” Willwerth said. “Industry can see how mature the grapes are right now and then look back at historical maturation rates through the preharvest program and through their own past harvest dates and start to pencil in the harvest windows for different cultivars.”

He said the current growing season got off to a bit of a later start with some cooler-than-normal weather early in the year, which was similar to last year. That was followed by a period that saw a high volume of precipitation, which meant the soil had adequate moisture to support the vines during the hotter temperatures during the summer months and the drier conditions currently being experienced across the region.

“We often have some periods of drought in the summer, but that becomes more of a problem when we don’t have a lot of moisture in the ground early on in the season,” he explained. “We had ample precipitation — even in July — this year, which provided adequate soil moisture so that even though it’s been really hot and dry in recent weeks, the vines grew very well and have adequate growth to produce high-quality grapes.”

CCOVI Director Debbie Inglis said the Preharvest Monitoring Program is an important part of the outreach work the institute does to support the grape and wine industry.

“The program is not only a valuable tool for navigating the complexities of harvest each year to determine harvest dates, but it also serves as a historical database that researchers and the industry can use to compare growing season conditions and fruit maturity over time, in order to support the collective work done to continually produce high-quality wines,” she said.

The data collected for the Preharvest Monitoring Program will be posted online at ccovi.ca/preharvest every Tuesday until the end of the harvest season.