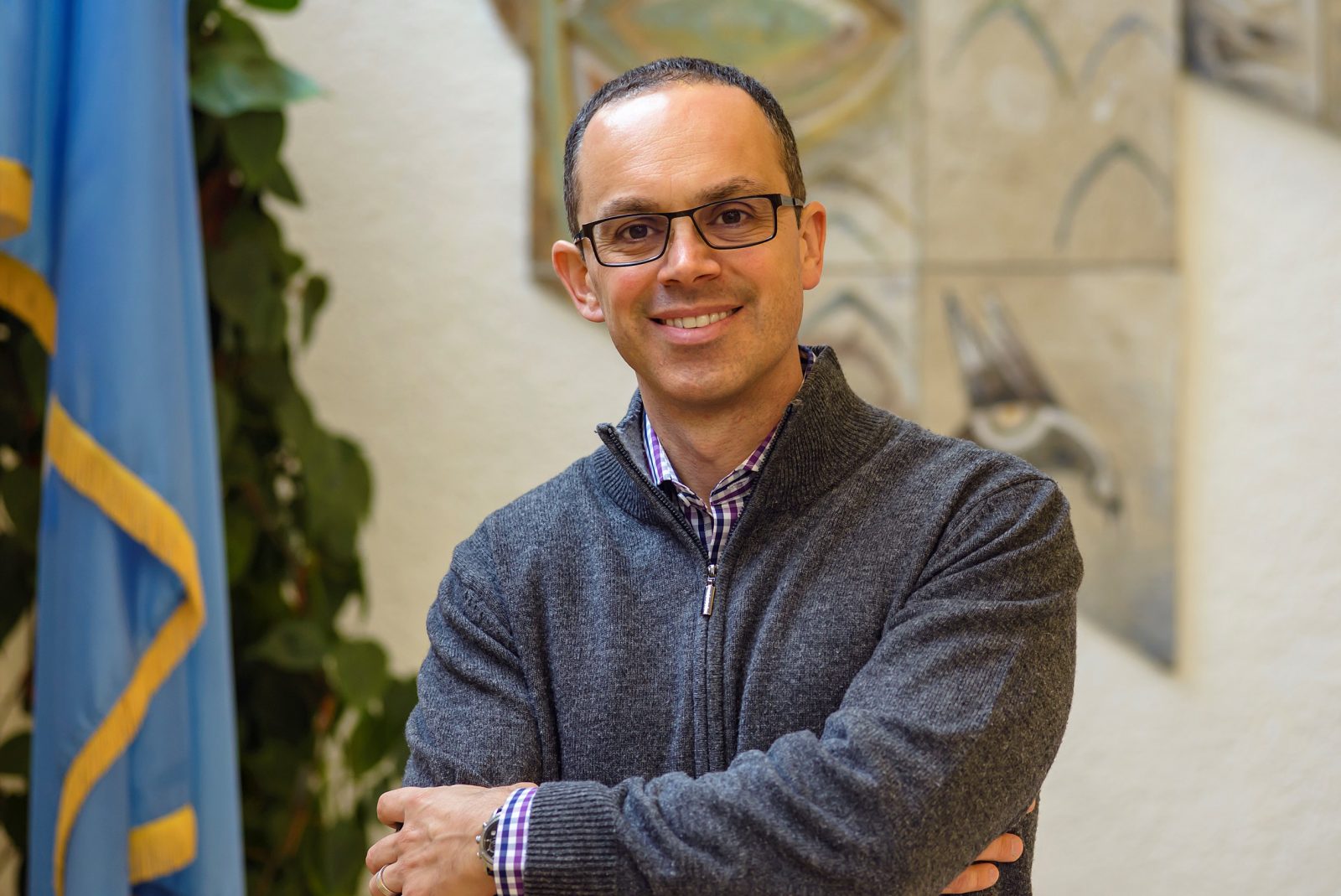 Louis Volante, a Professor in Brock's Department of Educational Studies, aims to create change in educational systems to ensure all children feel engaged in school.

As a child, Louis Volante initially struggled in school.

Rather than providing encouragement, his primary teachers left him feeling as though they had little faith in his abilities, holding the youngster back in Grade 1.

Volante’s frustrations persisted until he found more engaging learning environments in Grades 4 to 6, when he began to thrive in school.

Now a Professor in Brock’s Department of Educational Studies, Volante strives to make impactful changes to educational systems to ensure all students feel engaged throughout their school journey.

“I went from being held back to doing Grade 8 English classes in Grade 6 after completing a standardized test in Grade 5. Looking back, it’s probably one of the reasons I was drawn to education and assessment in particular, since I didn’t want other kids to have to go through what I went through as a child,” he said. “My main aim is to help governments adopt system structures and policies that help all students succeed.”

Volante’s “untraditional path in school,” as he described it, has inspired the focus of his research, which revolves around understanding the positive and negative implications associated with particular education policies.

“I have been fortunate to work with a variety of government agencies both at home and abroad,” he said, “so I feel my work is making a positive difference for students and families.”

The youngest of four, he was born in Toronto to immigrant parents from Italy who spoke primarily Italian at home.

“They grew up during the Second World War and were unable to attend school due to family responsibilities,” he said. “Hence, they stressed the importance of education since they did not have the opportunity to attend a post-secondary institution.”

A strong work ethic was also a must. At the age of 13, Volante began spending his summers working full time to pay for activities he enjoyed as a teen, including golfing and guitar lessons.

Applying that work ethic to his schooling, he went on to study Psychology and Classics at University of Toronto in the early ’90s.

He continued his education at University of Toronto with a Master of Arts degree focusing on psychoeducational assessment and a PhD in Policy Studies in Education.

“To this day, I have a strong interest in student assessment, specifically international comparison testing, along with the policy implications stemming from national and regional differences in student achievement outcomes,” Volante said.

After teaching at the University of Hawaii and Concordia University in Montreal, Volante found a home at Brock in 2005. He has since become a Team Leader for the required student assessment course that intermediate/senior teacher candidates take in Brock’s Consecutive Teacher Education Program and also teaches graduate courses focused primarily on leadership, policy, assessment and comparative education.

Volante is a Professorial Fellow at UNU-MERIT in the Netherlands, where he supervises graduate students in the Master of Science Programme in Public Policy and Human Development and the PhD Programme in Governance and Policy Analysis. He also teaches doctoral courses in Policy Evaluation as well as the Global Governance of Education.

He offered words of wisdom for anyone interested in pursuing a rewarding career in education.

“Make sure it is in an area you are truly interested in,” he said. “I have been teaching and conducting research for 20 years. I love what I do and don’t look forward to retirement.

“It’s a cliché, but if you love what you do, it isn’t really work at the end of the day. I honestly can say I don’t live for weekends. Of course, I enjoy skiing, hiking, mountain biking with my family, but I don’t dread work, I look forward to it.”

“My kids make me laugh and keep me young,” he said lightheartedly. “I turned 50 in October and they didn’t get the memo; they push me to do things I might not otherwise try.”