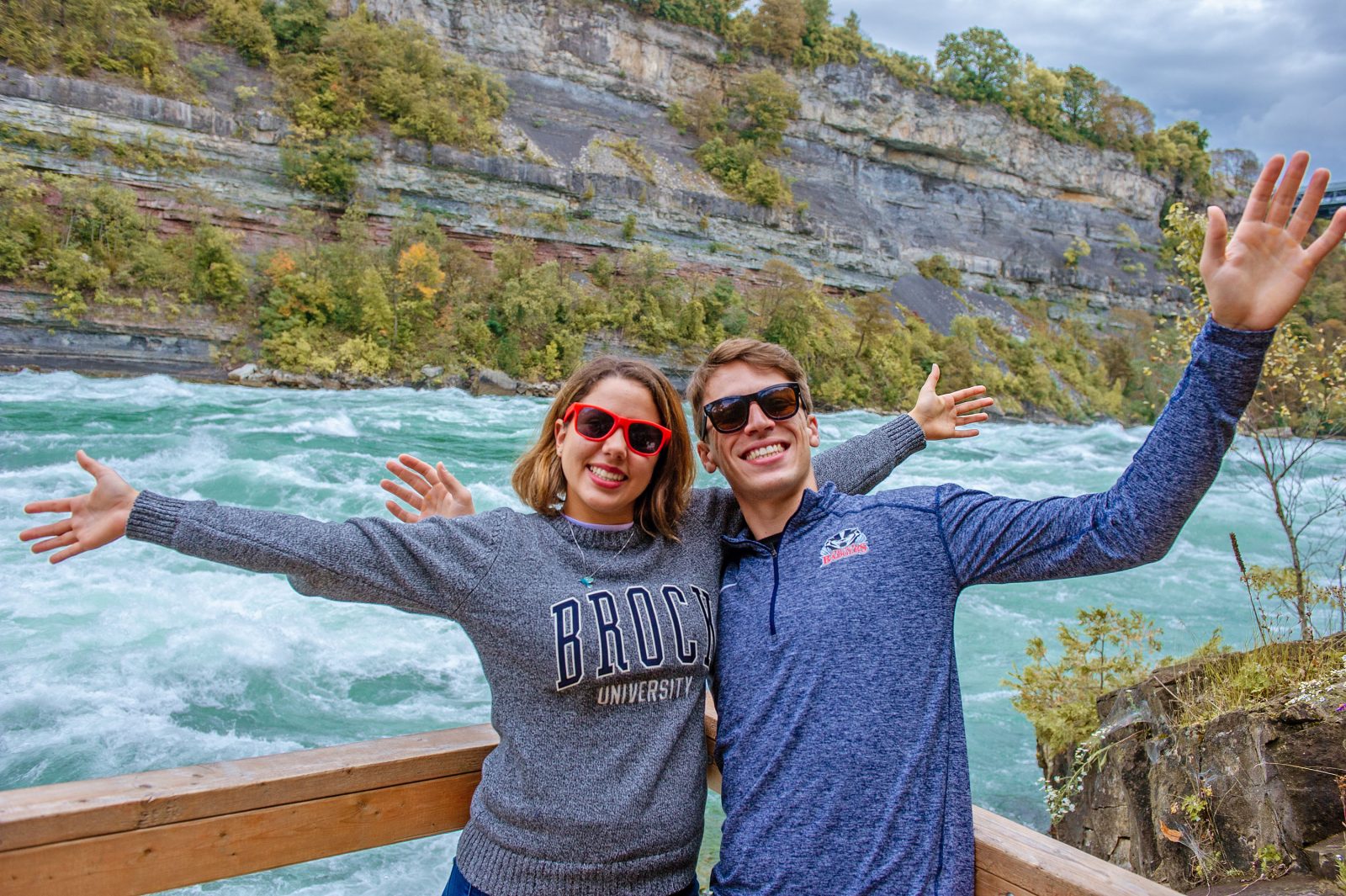 International Student Ambassadors Ana Ferreira from Trinidad and Tobago and Marcelo Correa from Brazil pose during a 2019 photoshoot at the Niagara Falls White Water Walk.

As faculty, staff and students prepare for the start of the Fall Term, a group of 13 students are preparing to represent Brock on the global stage.

Each year, the University selects up to 15 student recipients for the International Student Ambassador Award who exemplify the mission and vision of Brock University due to their academic achievements and engagement both on and off campus.

Traditionally, senior administrators, staff, faculty and members of the community would gather to officially announce and welcome the group at Brock International’s annual Open House event, held during the first week of the Fall Term.

With the University adhering to public health regulations on physical gatherings, this year’s group is being celebrated online, including a special welcome video from Brock University President Gervan Fearon.

“This year, for the very first time, Brock has students actively participating in our classes from all across the world,” said Fearon as he officially introduced this year’s International Student Ambassadors.

This year also saw the introduction of a new mentor role in the program which includes Marcelo Correa from Brazil, Ana Ferreira from Trinidad and Tobago and Santiago Negret Rey from Colombia. To qualify, they had to serve as ambassadors for a minimum of two years and will take on added leadership roles throughout the year.

The ambassadors work with Brock International throughout the year by interacting with prospective and current international students. Through their involvement in various events, ambassadors are able to share details about why they chose Brock, living in Niagara and how studying at Brock is helping them prepare for their careers.

With classes online this fall, the ambassadors will accomplish these tasks remotely. While some have already laid down roots in Niagara, others will contribute from thousands of kilometres away in their homes of Germany, Malaysia, Nigeria and the United Arab Emirates.

“I am confident that our International Student Ambassadors will contribute to outstanding opportunities, connect with students from around the world, as well as those students who are in the Niagara region,” said Fearon.

Recipients of the International Student Ambassador Award have their international tuition fees reduced to the domestic rate.

Students interested in sharing their passion for Brock with the world can apply in early 2021 to be an International Student Ambassador for the 2021-22 academic year. Information about the next round of applications will be posted online as it becomes available. 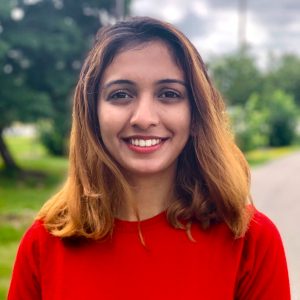 A fourth-year Bachelor of Business Administration (BBA) Co-op student, Baweja brings a wealth of experience to this year’s ambassador group. She’s been Vice-President of Finance for Brock Women in Business and Chief Operating Officer for the Brock Finance and Investment Club. After graduating, Baweja plans to pursue a career in the financial service industry in Canada and obtain a Chartered Financial Analyst (CFA) designation. 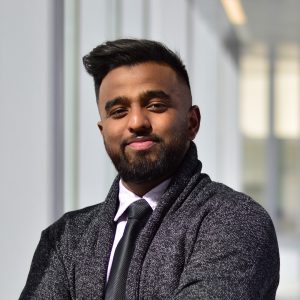 A transfer student from the American College of Higher Education in Sri Lanka, Juhardeen arrived at Brock in 2018 to pursue Economics. Now in his third year, Juhardeen is heavily involved in the University community, serving as President of the Sri Lankan Student Association, member of the International Student Association and South Asian Association, and an avid participant in intramural sports. He has also collaborated with the Brock Pakistani Association and the Brock Bengali Association to host one of the University’s largest cultural events, which won Best Event of the Year at the Brock University Students’ Union clubs’ banquet. 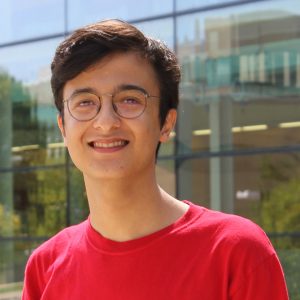 In just his second year, Hamed Karagahi has wasted no time getting involved in the Brock community. The Public Health Co-op student is an active participant in the Two-Spirit, LGBTQ+ and Allies LLC, and the Faculty of Applied Health Sciences Mentorship Program. Karagahi also works as a peer-to-peer Sexual Violence Educator with the Brock Human Rights and Equity department. He believes getting involved is important in first year for international students to familiarize themselves with the community. After graduating, he plans on working towards his goal of contributing to the Canadian health-care system by pursuing a master’s degree in Health Administration after graduating from Brock. 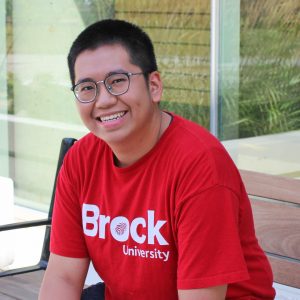 Luu’s journey as a Brock International Student Ambassador started in 2018 with ESL Services. He received a conditional offer into a Bachelor of Business Administration but needed to complete the English language requirements before starting his undergraduate career. Having graduated from ESL Services Intensive English Language Programming, the Business Administration student returns as an International Student Ambassador for the second straight year. He’s now the President of Vietnamese Students Association and a familiar face on Brock International’s Instagram account where he often performs TikTok dance routines to keep the spirits of the Brock community up during the difficulties of the pandemic. 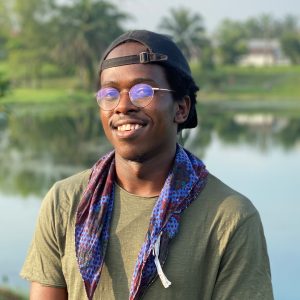 Originally from Tanzania, Mafie is entering his first year at Brock after transferring from Taylor’s University in Malaysia. He’s eager to experience the Computer Science program in the hopes of one day introducing advancements in the technology sector in his home country. He’s also looking forward to the extracurricular activities not available in Tanzania and meeting new people from Brock’s diverse campus community. 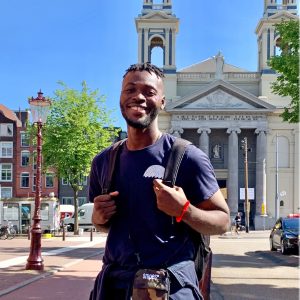 A fifth-year Business Administration, Prempeh has fond memories of his experience at Brock. Among them was participating in a cultural festival on campus where he was proud to educate other students about his home nation of Ghana. Prempeh encourages new students to be open minded, not shy away from asking questions and to get out of their comfort zone. 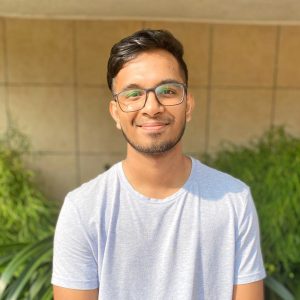 Entering his second year of Biochemistry, Sethumadhaven has already become an active member in the community. He has joined the Faculty of Math and Science Council, the Tamil Students Association and the Brock University Students Administrative Council as a Faculty of Math and Sciences representative. Sethumadhaven is also looking forward to gaining industry experience through co-op, a rare option in the Biochemistry field, as he plans on pursuing a master’s degree in Marine Biology or Environmental Law after he graduates. 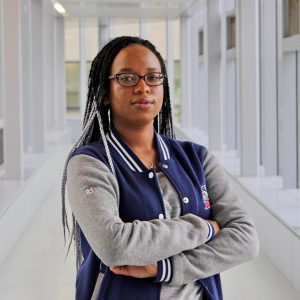 A fifth-year Biochemistry student, Sobers has capitalized on every aspect of the Brock experience. Since first arriving in 2016, she has been a familiar face in the International Centre as both a participant and host of weekly events in her role as a Student Assistant with Brock International Services.

“As an international student, you not only have the opportunity to learn more about Canada, but many places around the world as well through your fellow international peers,” she said. “Use the time to take in and appreciate all the different cultures that are around you.”

Sobers is also a Smart Start Assistant for Brock’s Recruitment and Liaisons office, a Global Peer Mentor and a member of the Live4Dance club. 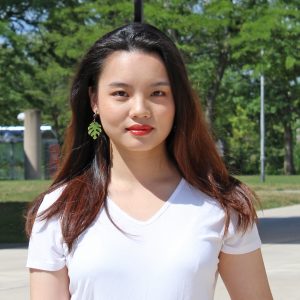 A second-year MBA student, Wang chose Brock based on a recommendation of a friend, who told her about the tremendous support she received from the University, in both academic life and job hunting. She regards the University’s social events as her fondest memories, including a mix and mingle event after orientation on the first day of her program.

“It was so fresh to me as there’s no such thing back in the school life in my home country,” said Wang. “I was able to connect with my future classmates, professors, listen to their stories. I felt much more comfortable about the new environment after this event.” 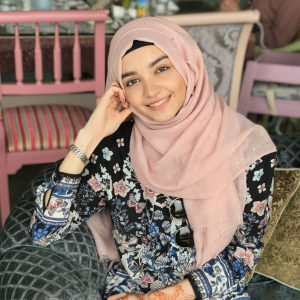 Entering her first year of Media and Communication studies, Zehra already understands the impact her Brock degree can have on her career.

“Studying in Canada will not only increase the value of my degree but will also help me in building my interpersonal communication skills,” said Zehra.

She aspires to one day work as a Head of Digital Assets and Content for the Pakistani Cricket Board.

“Cricket and multimedia have always been something I have been fond of since a very young age and I cannot imagine a better scenario than making a living out of both my passion and talent,” she said.

This year’s mentors include: 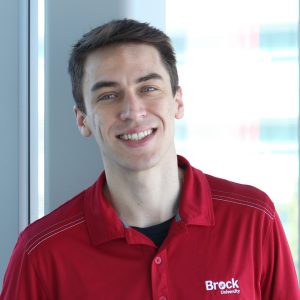 Returning as an International Student Ambassador program for the fourth consecutive year in a newly appointed Mentor role, Correa’s leadership can be felt across campus. He’s most well known for serving as the captain of the Brock men’s volleyball team from 2016 to 2020 and being an integral part of the program’s rebuild. The fifth-year Biotechnology student plans on pursuing graduate studies in molecular biology and work in the research and development of new medicines. He considers being an International Student Ambassador an honour that allows him to not only represent the University outside of Canada, but also Brazil while on campus. 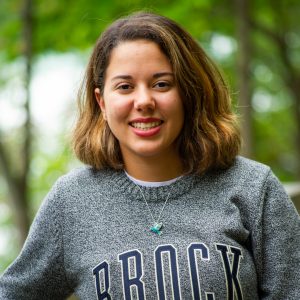 With her home country already linked to St. Catharines (the Garden City is the twin city to Port of Spain, Trinidad and Tobago), Ferreira felt a natural connection to Brock. The fourth-year Kinesiology student has been involved the International Student Ambassador program every year of her Brock career. She’s been an athletic trainer for Brock’s cross country, track and field and women’s rugby teams, in addition to starting her own club, the Brock Eco Society. She is also a sustainability lead for 2021 Canada Summer Games, a member of the Faculty of Applied Health Sciences Mentorship Program and Big Questions club and serves as a Student Assistant in Student Accounts and Financial Aid. 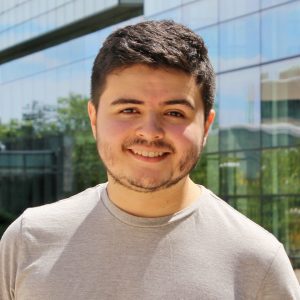 Rey did not know how heavily his life would be impacted by going on exchange. After living in New Brunswick for six months more than eight years ago, he was charmed by local culture and the friendliness of Canadians. When deciding where to pursue his post-secondary education, Rey was swayed by Canada’s stance as one of the top countries in the world for game development and reputation as a top destination to live and study. Returning as an International Student Ambassador Mentor, Rey is now in his fourth year of Brock’s Game Development program.

“Brock is home for me. It’s where I’ve made some incredible friendships and the best place to start my journey in Canada,” said Rey.