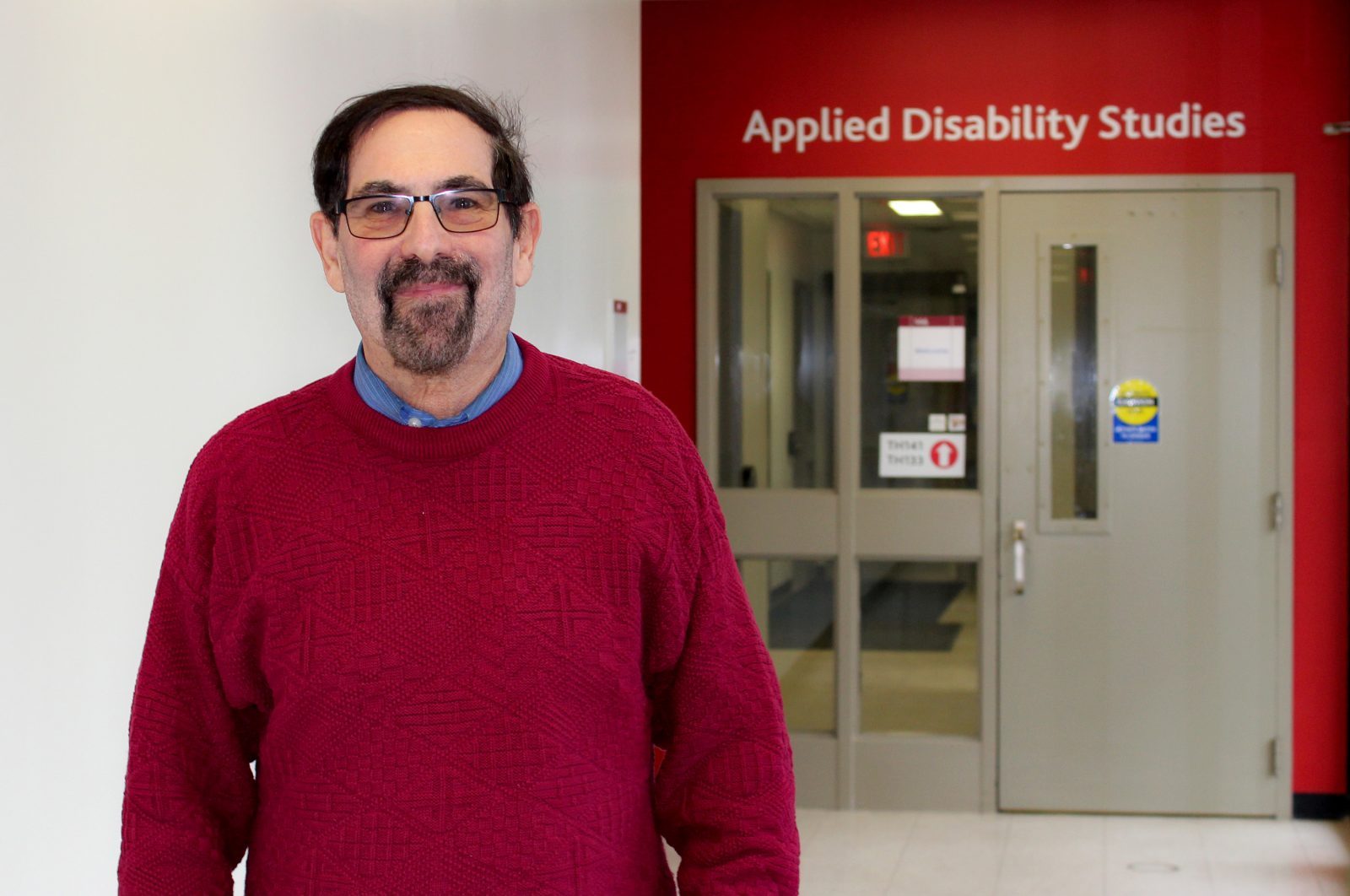 Maurice Feldman, Professor and Graduate Program Director/Chair of Brock University’s Department of Applied Disability Studies, has received the Hull-Roeher Award of Merit from the Ontario Association on Developmental Disabilities (OADD) for contributions in education, humanitarianism, research and service related to developmental disabilities.

Feldman says he was both touched and deeply honoured by the news of the award, which would have been presented at OADD’s conference earlier this month had it not been cancelled due to COVID-19.

“Like many Canadian scientists, I tend not to promote myself and instead work behind the scenes,” says Feldman. “It feels good having my lifetime accomplishments recognized by a provincial organization that supports professionals, staff and students in the developmental disabilities field.”

Feldman, who helped to found OADD in 1990, notes that it has since grown into a large professional organization. In 2003, he received their inaugural OADD Career Research Excellence Award, and has also served as editor of OADD’s peer-reviewed journal, Journal on Developmental Disabilities.

Reflecting on the award, Feldman adds that he felt “doubly rewarded because I tremendously respect the person who nominated me.”

Condillac says she put Feldman’s name forward because “his career, spanning over 40 years, has been driven by his efforts to improve the lives of people with intellectual developmental disabilities (IDD).”

“Feldman’s research has not only added to the knowledge base in IDD; it has made a profound impact on policy and service provision locally and internationally,” says Condillac. “He has dedicated his career to making substantive and meaningful contributions to the field and has been an inspiring mentor to many students and professionals in the field, myself included.”

Condillac also emphasizes that Feldman’s work in developing and leading Applied Disability Studies at Brock has helped enrich the ranks of people who now serve communities of persons with disabilities in Ontario.

Having as broad an impact as possible has been a priority for Feldman since he was an undergraduate student.

“I knew I wanted to choose a career in a helping profession and decided to major in psychology,” Feldman says. “I was attracted to both the experimental and clinical aspects of the discipline, and I wanted to be able to do both basic and applied research, while helping people solve problems.”

Feldman says a turning point came when he discovered applied behaviour analysis (ABA) in his third year of university.

“I learned what it meant to be a scientist-practitioner and how to help more people through research than I could in a clinical practice,” explains Feldman. “ABA is based on a scientific approach that leads to compassionate, workable, and effective solutions to significant human problems and has especially benefitted the lives of people with disabilities.”

Many of Feldman’s most effective solutions have, in fact, spread around the globe. His Step-by-Step Parenting Program, the only evidence-based program designed specifically for parents with learning difficulties to reduce the risk of child neglect, is used around the world to help keep families together and well-supported. His research was cited in a U.S. Supreme Court case about the rights of parents with developmental disabilities.

The Parent Observation of Early Markers Scale (POEMS), primarily designed by Feldman’s colleague and life partner Rebecca Ward, is one of the few early screeners for Autism Spectrum Disorder (ASD) that can be completed solely by parents, and has been shown to detect signs of ASD as early as nine months of age.

Feldman’s other work with persons with IDD — from training individuals in self-advocacy for their health needs, to recommending accommodations to allow persons with IDD to participate in clinical trials of medications, to the development of quality assurance regulations for interventions for adults with IDD and challenging behaviours — has had an immeasurable impact.

“I strongly believe in dissemination of research findings beyond the scientific community and promoting evidence-based, empirically supported interventions,” Feldman says.

“Maurice’s work is truly exemplary,” says Ingrid Makus, Dean of the Faculty of Social Sciences. “His dedication to pioneering research that benefits humanity, especially those who are often most vulnerable, makes him an inspiring international academic.”

Although this award celebrates Feldman’s extensive achievements and influence over his field, he is not about to hang up his hat just yet.

“We are currently developing an online version of the POEMS that any parent can use to track the development of their infant, and we have plans to implement large-scale studies in North America and China,” says Feldman, with an end goal of “showing that the POEMS can be used broadly to identify infants and young children most at risk for developing ASD, and developing cost-effective, user-friendly parent-mediated interventions to reduce ASD severity or ameliorate symptoms, hopefully preventing ASD diagnosis.”