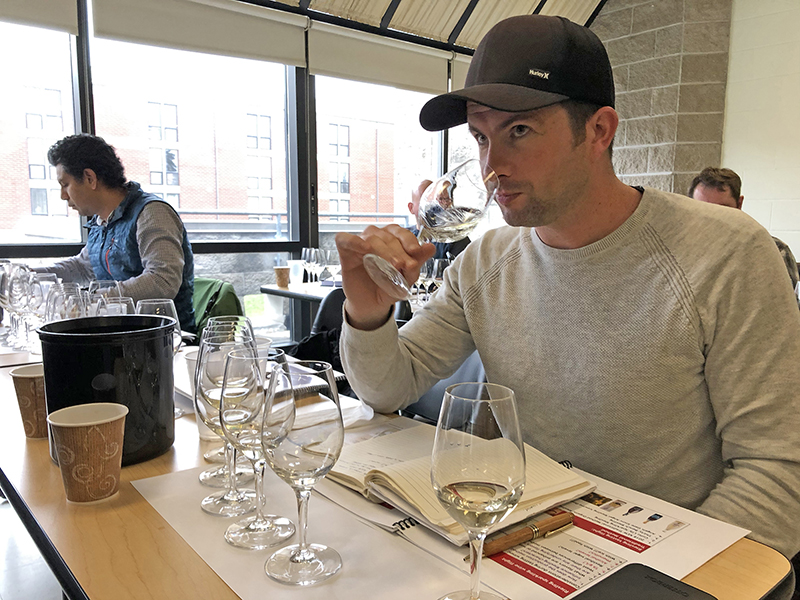 Pearce made the first sparkling Cabernet Franc in Ontario, which is a grape traditionally used for red wine opposed to sparkling.

His “Blanc de Franc” sparkling won Sparkling Wine of the Year at the 2019 All Canadian Wine Championships (ACWC), and he credits Fizz Club for his success.

“I went on the first Fizz Club trip to Champagne and that was really inspirational,” said Pearce. “Through all the technical visits we did there, I soaked in as much as I could and came back and applied that.”

Fizz Club is a special group for sparkling wine and those who make it, providing a rare opportunity to compare notes and exchange ideas, taste wines, hear the latest research and visit other sparkling wine regions.

The sparkling wine network was created at Brock University in 2013 with a handful of winemakers producing it. Fizz Club, which is organized by the Cool Climate Oenology and Viticulture Institute (CCOVI) and led by Senior Scientist Belinda Kemp, is only open to sparkling winemakers or winemakers considering a sparkling wine program.

Now in its seventh year, Fizz Club has become a national event. More than 40 sparkling winemakers from across Canada travelled to Brock on Wednesday, Dec. 10 to take part.

At this year’s event, all the wines tasted were made from non-traditional sparkling wine grapes, including Riesling, Pinot Gris, Gamay, a blend of varieties out of Québec and Pearce’s Cabernet Franc “Blanc de Franc.”

“That has been a fascinating journey to watch Adam and Two Sisters with that wine,” said Kemp. “To see that wine come out and flourish the way it has is wonderful. Fizz Club has given people the courage to experiment in the winery with regards to this wine style. We are seeing bolder moves from winemakers trying new varieties like Pinot Gris and Cabernet Franc to great success.” 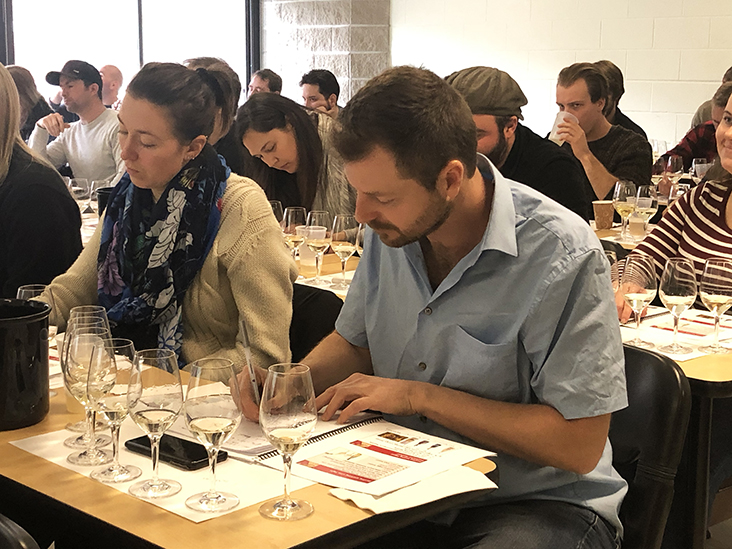 Zach Everett, winemaker at Magnetic Hills Winery in New Brunswick, has been attending Fizz Club events and trips for the last two years and has just bottled his first sparkling wines.

CCOVI’s Barb Tatarnic, who is the outreach manager and works with Kemp to organize the event said that when Fizz Club first started, most of the members were based in Niagara. Now, they’re coming from all across Canada.

“For these winemakers, learning about new research developments here at CCOVI and collaborating about the triumphs and challenges of sparkling winemaking has really had an impact on sparkling wine quality in Canada,” said Tatarnic.

Kemp said all the winemakers in the Fizz Club network are open to sharing information and seeing their success is rewarding.

“It is pretty amazing to see the profound impact working together through Fizz Club and our research has had, especially if it has given someone an idea to pursue that results in an award-winning wine,” said Kemp.

This past summer, Kempt travelled to British Columbia to host a Fizz Club for winemakers there for the first time, and will lead winemakers on a trip to Argentina and Chile in 2021.