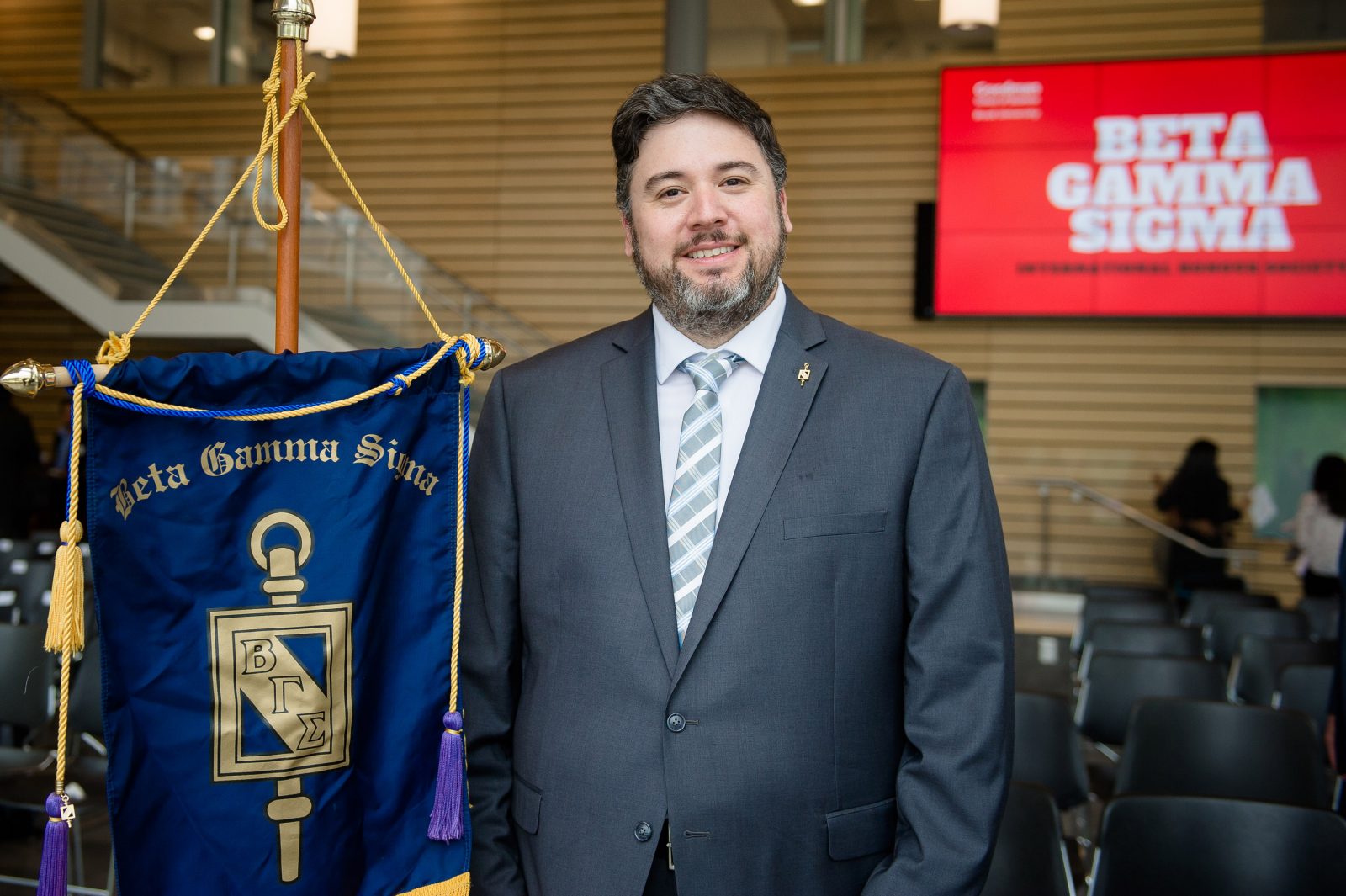 When Carlos Eduardo Guerra Bosano left his hometown of Guayaquil, Ecuador, a little less than a year ago, he was taking a big risk.

The construction administrator moved his life, including his family, to St. Catharines mid-career to pursue his Master of Business Administration at Brock. On Thursday, June 13, he began seeing a return on that investment when he was inducted into the Beta Gamma Sigma Honour Society as one of the top students in the Goodman School of Business.

Beta Gamma Sigma recognizes the top 10 per cent of the undergraduate class and top 20 per cent of graduate students at institutions accredited by the Association to Advance Collegiate Schools of Business (AACSB). 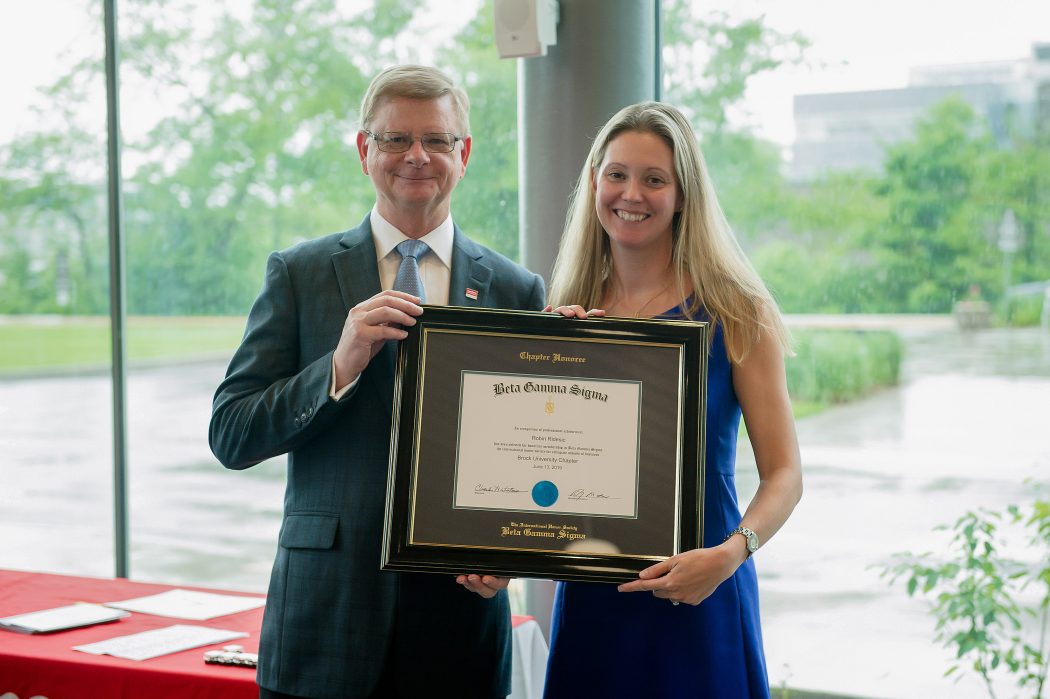 Sixty-eight Goodman students, including Guerra, were inducted into the honour society during a ceremony at Brock Thursday.

“When you come to a different country and, in my case, being one of the oldest students, I was concerned before coming here about whether I would be able to adjust well to my new situation and about going back to study after many years off,” Guerra said. “What’s happening today is confirmation that I made the right decision.”

Beta Gamma Sigma’s mission is to encourage and honour academic achievement in the study of business, to cultivate and celebrate leadership and professional excellence, to advance the values of society and serve its lifelong members.

Also at Thursday’s ceremony, Robin Ridesic, Founder and CEO of The Exchange Brewery in Niagara-on-the-Lake, was recognized as this year’s chapter honouree. In her keynote address, she shared with students the importance of investing in their passions.

“As you embark on the next chapters of your life, I would just recommend being true to yourself and the things that are important to you,” she said.

“If you find things you are passionate about, I think you’ll feel like you’re never working a day in your life.”

When it comes to business, Ridesic advised the audience that one of the most important aspects to develop is a positive organizational culture.

“Culture is so important to the success of a business — invest in people,” she said.

Carmen Cullen, Associate Professor of Marketing, was awarded with the Beta Gamma Sigma Professor of the Year Award, which is voted on by current student members.