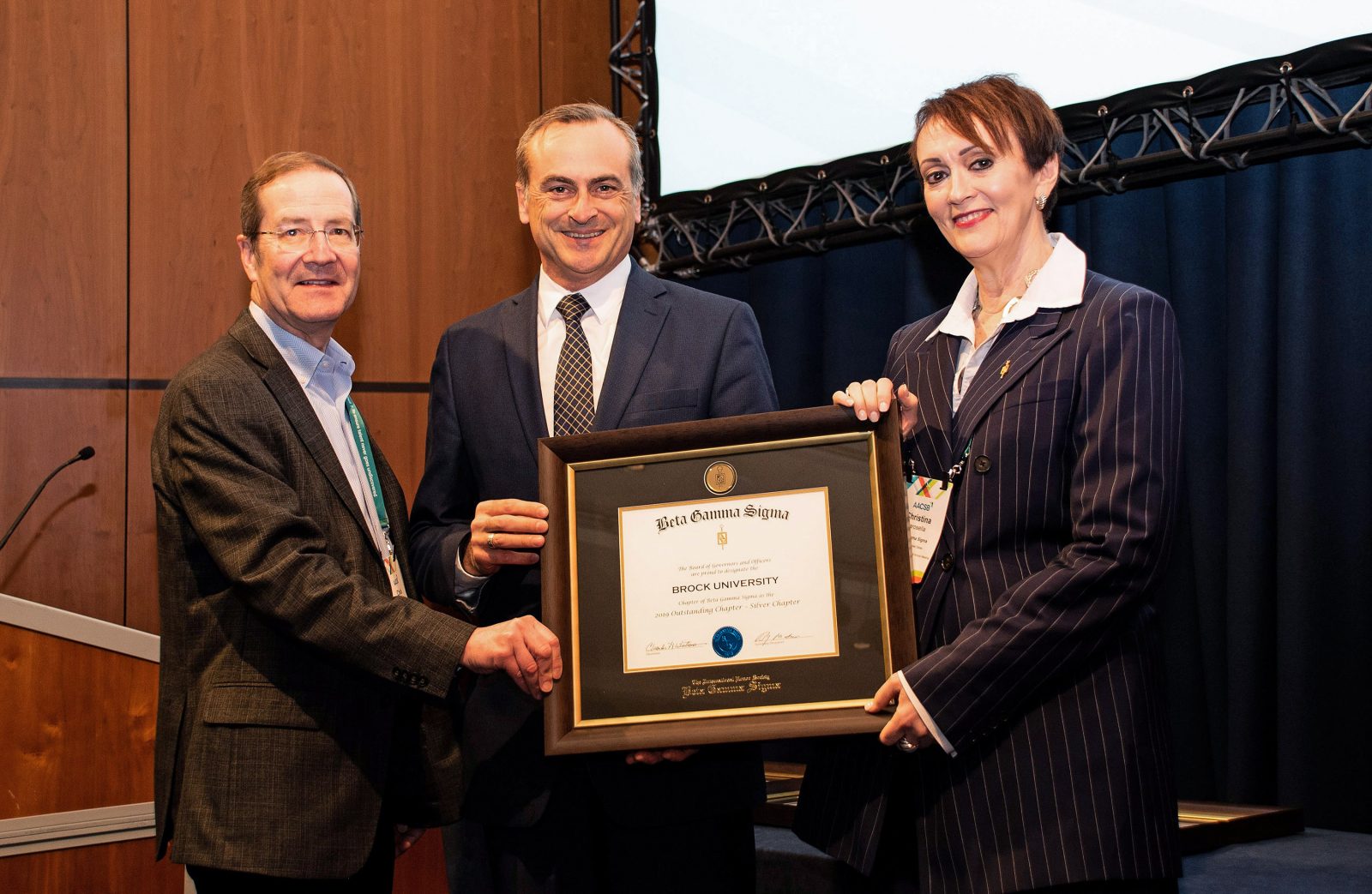 The honour, which recognizes excellence in chapter performance, was presented to Dean Andrew Gaudes at the Association to Advance Collegiate Schools of Business (AACSB) International Conference and Annual Meeting in Edinburgh, Scotland, April 14.

“Having Goodman recognized as the Silver Outstanding Chapter of the Year is a great honour,” Gaudes says. “It reflects the great work done by our students, faculty and staff in building our chapter.”

Beta Gamma Sigma’s mission is to encourage and honour academic achievement in the study of business, to cultivate and celebrate leadership and professional excellence, to advance the values of society and serve its lifelong members.

Two American universities were also recognized. The Haub School of Business at Saint Joseph’s University in Pennsylvania was honoured with the Gold award and the Williamson College of Business Administration at Youngstown State University in Ohio received the Bronze.

“As our Silver winner, Brock University shows a superior level of commitment to honouring academic achievement, encouraging leadership development, displaying a commitment to service and supporting the business community,” she says.

“This recognition isn’t something that happened by chance,” Gaudes says. “It’s a direct result of the ongoing and sustained support for our students and their development.”

Brock is one of only nine Canadian universities to have a Beta Gamma Sigma chapter. Brock’s chapter began in 2004, and has since inducted more than 1,500 students, 56 faculty members and 26 chapter honourees.

The Silver Outstanding Chapter Award comes with a US$1,000 scholarship for an outstanding student member. The scholarship winner will be announced at the next Beta Gamma Sigma induction ceremony being held June 13 in the Goodman Atrium.