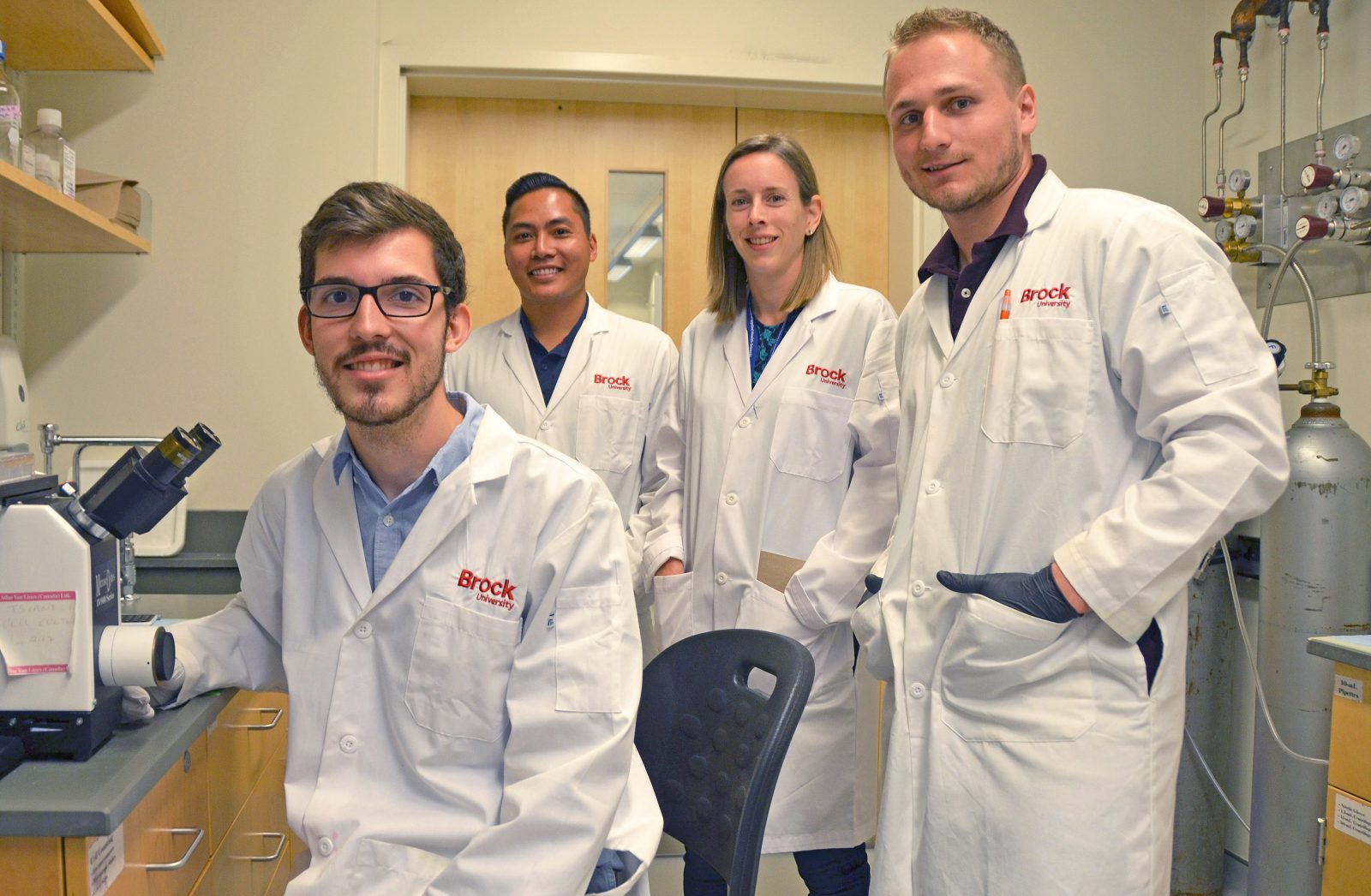 Life outside the city may once have been thought to be a ticket to good health with plenty of exercise and fresh food. But recent Brock University research has shown that in modern times, the opposite might be true.

A research team headed by Assistant Professor of Health Sciences Rebecca MacPherson has found that Alzheimer’s disease mortality rates are higher in American rural counties when compared to urban areas.

“This may be linked to greater physical inactivity, obesity and diabetes, as well as lower trace lithium levels in tap water,” she says. 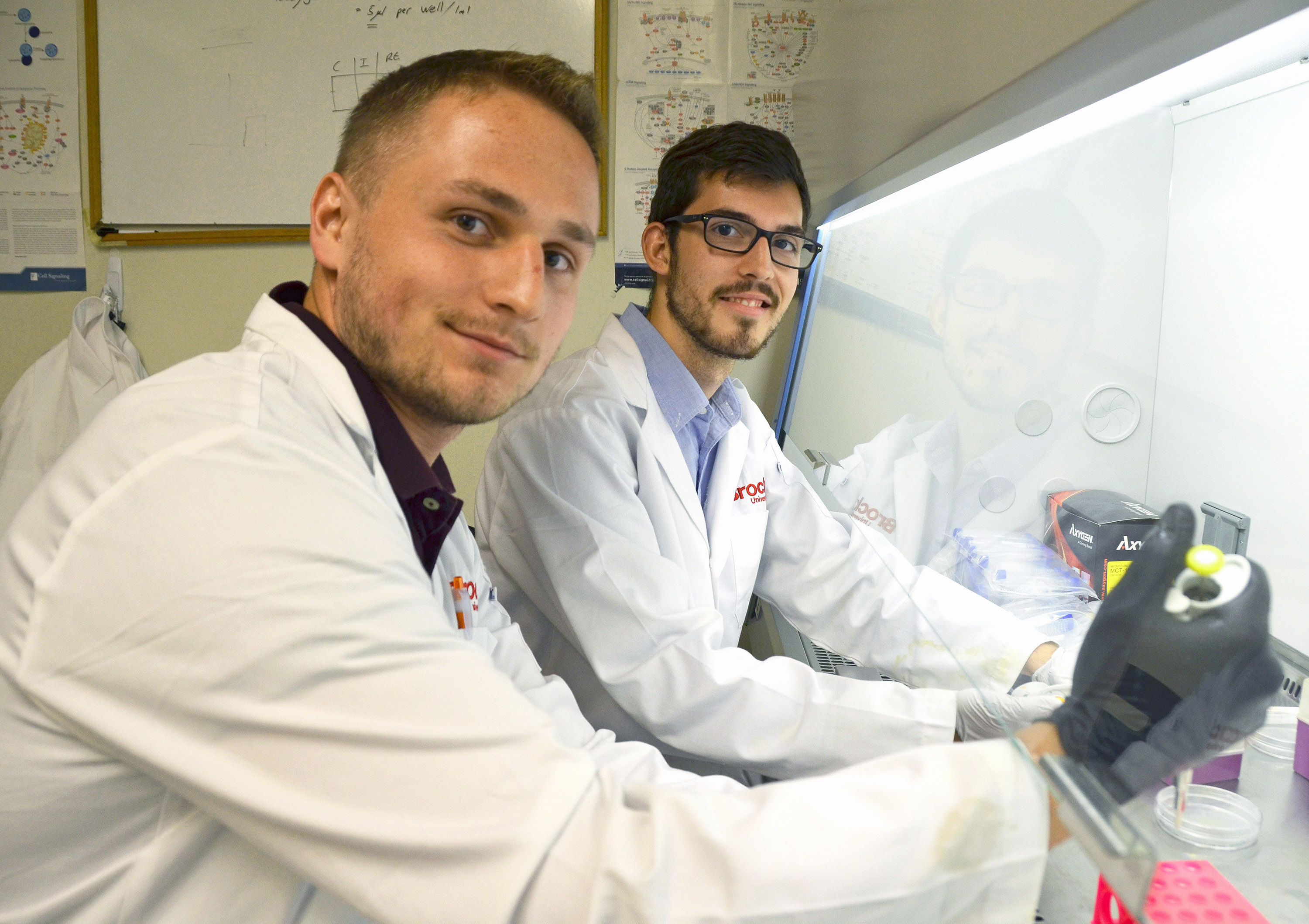 Faculty of Applied Health Sciences students Bradley Baranowski, left, and Grant Hayward were part of a Brock team that found that Alzheimer’s disease mortality rates are higher in rural counties when compared to urban counties in Texas.

The data came from earlier research Fajardo and MacPherson conducted in Texas, which found that trace elements of lithium in drinking water can slow death rates from Alzheimer’s disease.

The researchers found that obesity and Type 2 diabetes were most common among people living in the countryside, a trend that on the surface flies in the face of conventional wisdom.

“The findings are counter-intuitive to the stereotypes and preconceived notions that we have, but they are consistent with what we find in the lab at the cellular level, which shows there are links between physical inactivity, obesity and Alzheimer’s deaths,” says Fajardo.

MacPherson, who researches how defective cell functioning contributes to disease, explains that higher rates of insulin resistance, leading to Type 2 diabetes, are common in cases of obesity. Chronic inflammation is also frequently present, leading to inflammation in the brain or a change in the brain’s metabolism.

“Insulin resistance and altered brain metabolism change the proteins in the brain that are involved with Alzheimer’s disease pathogenesis,” she says.

Why there are higher rates of obesity and diabetes in rural Texas populations is still being explored.

As a co-lead author on the group’s paper along with Hayward, Baranowski thinks activity levels in the countryside are very different than in the past.

“My dad grew up on a farm and back then there was a lot more manual labour compared to now,” he says. “Now, you can actually program tractors to do the routes for you and many other things automatically.”

Hayward says another factor could be a rural-urban disparity.

“I think there are definitely some barriers for rural populations to access health care: less services available in some areas, perhaps more travel time to receive care and a financial burden in many cases.”

A next step in the research could be to conduct a similar study in Canada, says Fajardo.

Canada’s health-care and education systems are different than those in the U.S., which might have an influence on obesity, diabetes and other risk factors in rural populations, the researchers say.