Brock leaders welcome Cheechoo to a second term as Chancellor 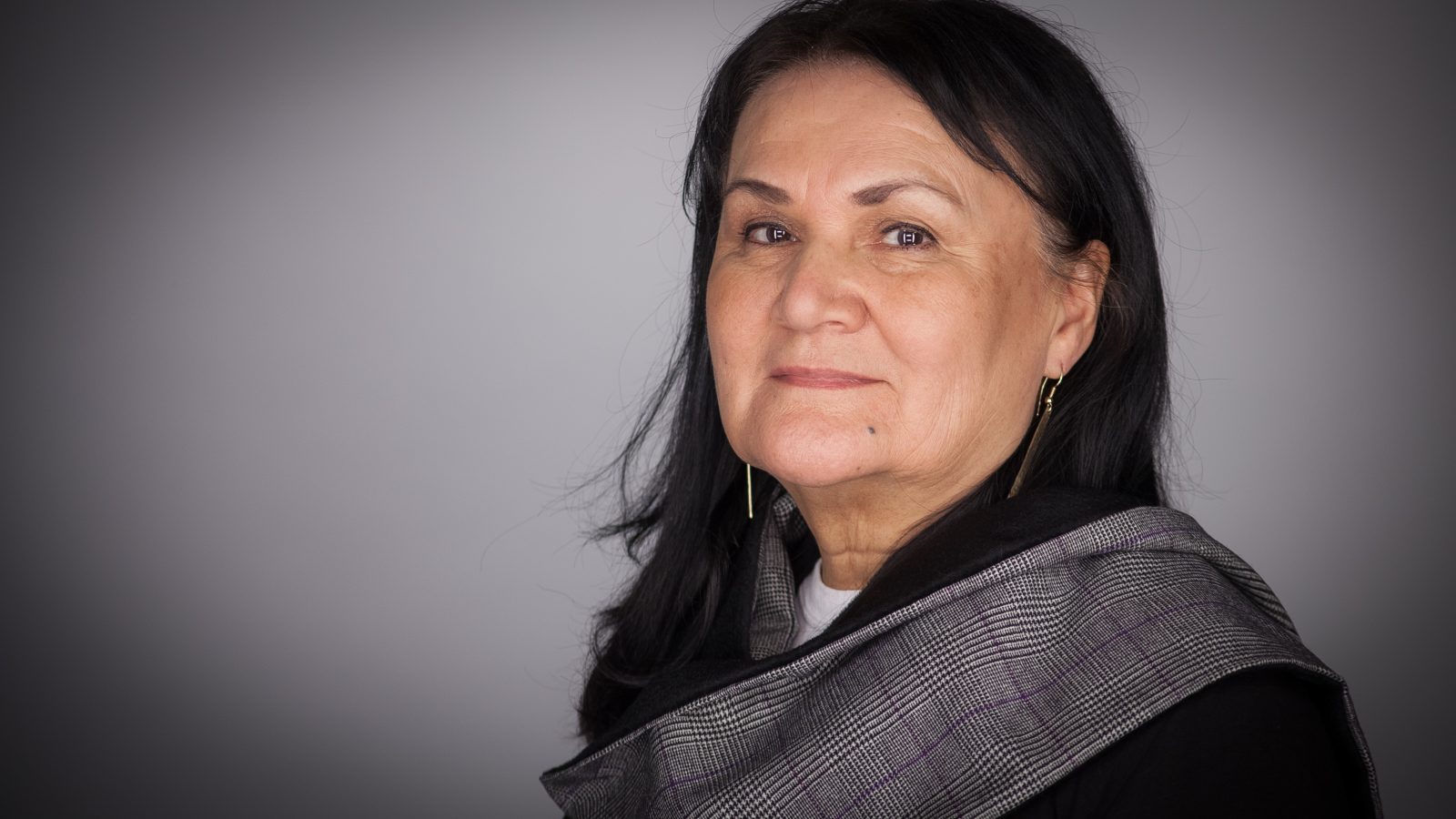 Canadian writer, director and filmmaker Shirley Cheechoo has been appointed to a second term as Chancellor of Brock University.

Cheechoo, whose initial three-year term was to expire this fall, was re-elected to the ceremonial leadership role for a further two years by the University Senate, upon the recommendation of Brock President Gervan Fearon and following consultation with the Board of Trustees.

Fearon called Cheechoo a strong leader who connects students to the important role that Indigenous people have played in the development of the country, and also to how the arts can inspire people to find scope for leadership.

“The Chancellor has made enormous contributions to the University, and it has been an honour to have her renewal unanimously approved by our Senate and confirmed by our Board,” said Fearon.

“She contributes to Brock’s priorities to advance community engagement and post-secondary opportunities across Niagara and beyond, plays an important role in inspiring the establishment of a new position for a Vice-Provost for Indigenous Engagement, and continues to support the building of capacity and understanding for indigenizing the University.”

Senate Chair David Whitehead said Cheechoo’s presence on campus brings Brock’s values of inclusiveness and diversity to life at the highest levels of the University.

“Brock is moving forward strategically with its commitments to indigenize and decolonize the University by supporting the work of the Two Row, One Dish, One Spoon Council and creating a senior administrative position to guide this work,” said Whitehead. “Chancellor Cheechoo’s reappointment is concrete evidence of Brock’s commitment to moving forward with this important work.”

Gary Comerford, Chair of Brock’s Board of Trustees, said extending the Chancellor’s appointment allows Brock to continue to seek her counsel on how to make Brock a university of choice for Indigenous students.

“Having someone with the respect and admiration that Shirley has, not only in the Indigenous community but across the broader Canadian community, is a great asset for Brock,” said Comerford.

Cheechoo said the Chancellorship provides an important communications conduit that lets her help Brock’s leaders become more knowledgeable about Aboriginal people, their protocols and governance, and why they are so connected to the land.

“I don’t think people don’t want to learn,” she said. “Sometimes they just don’t know what to ask in order to learn.”

First appointed in 2015, Cheechoo is the eighth chancellor in Brock’s 54-year history, and is the first woman and the first Indigenous Canadian to hold the position.  At Brock, the Chancellor plays an inspirational leadership role aimed at advancing the educational welfare of students, including conferring degrees and awards at convocation ceremonies.

A member of the Cree nation, Cheechoo has won international acclaim for stage work and films that are shaped by her First Nations background, including honours at the Sundance Film Festival and the American Indian Film Festival.

She is also the founder and Executive Director of Weengushk Film Institute, an institution on Manitoulin Island that develops media arts skills for Indigenous youth and persons of diversity.