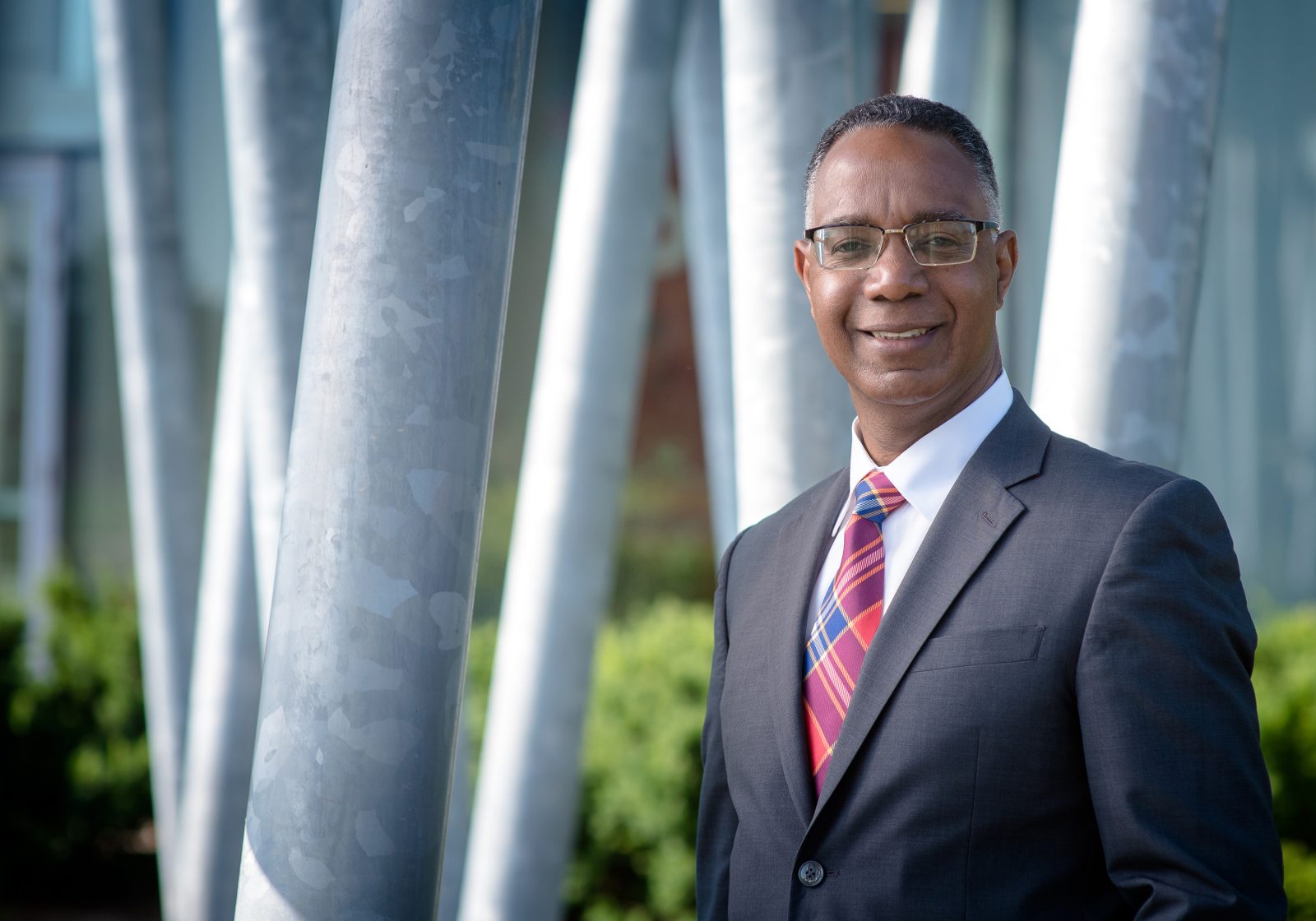 Brock President Dr. Gervan Fearon has two key messages for people who recently moved to Canada: you are not alone and you can achieve your dreams.

“I’d like to congratulate you in joining the Canadian family,” Fearon told participants at the Niagara Folk Arts Multicultural Centre’s Mentorship and Networking Event Nov. 22.

Fearon, who took office on August 1 after arriving from Brandon, Manitoba, described how he adjusted professionally and personally to life in four countries, starting from his birthplace in Birmingham, England with Jamaican parents up to his newest home in the Niagara region.

“You may have actually lived in this city and region longer than I have, and you probably have lots of things that you can tell me about such as how I can integrate, and how I can be successful in the community,” he told the gathering.

Fearon said “you may be new to Canada, but you are already members of the Niagara community to me.”

A professional hurdle many newcomers face is translating their work experiences, university degrees and other educational credentials they earned from their home countries to build careers in Canada.

Brock University and other educational institutions in the Niagara region are here to help.

In their job search, newcomers may want to assess their skill sets, core competencies and natural capacities to determine the positions in the Canadian setting where they can make a contribution and join a new team, Fearon said. These roles may or may not have the same title or positions as they had before coming to Canada, yet it can be reworked and get you on a new and exciting path.

Once employed, take time to understand the workplace’s culture and look for opportunities to contribute to the team, he said.

When he worked in the U.S., the emphasis was on how he and his colleagues would deliver results. Canadian workplaces, on the other hand, tend to emphasize how employees can be members of a team, Fearon said.

Sometimes, it might be necessary to take a lower-skilled job at first to achieve long-term goals or what he calls a “deeper mission,” which, in his parents’ case, was to send their four children to university. For example, someone may need a part-time job to get the credentials to purse their dream career. But it’s important to remember those dreams and aspirations that were the motivation to come to Canada.

Fearon worked in factories, restaurants and on farms on his way to developing a career first in the Ontario Ministry of Finance and the Ministry of Agriculture, Food and Rural Affairs, and later, at York University, Ryerson University and his position in Manitoba as President of Brandon University.

“That’s why it’s important for us to have our bigger vision, because that can motivate us through the steps up and down that we may take in life,” he said. “It may take us through the days when we’re doing the job versus the career.”

But try not to get discouraged in the process, he said.

In the area of translating degrees from other countries into credentials recognized in Canada, Fearon said, “as post-secondary educational institutions, we can do a better job at that.”

He said he could meet with the Multicultural Centre to identify those needs and then “work to have a systematic solution of support.”

Fearon encouraged participants to remember that different cultures have many ways of expressing and interpreting things. He said when he moved to Canada at the age of nine after living in Jamaica for three years, he was sometimes asked questions that embarrassed him.

He eventually learned how to view things wearing different cultural ‘hats’ and that many Canadians ask questions as a way of building relationships.

The Mentorship and Networking Event, organized by the Multicultural Centre’s Mentorship Program, drew together a crowd of around 80 people including newcomers in various stages of settling into Canada, representatives of community groups and employers.

At the event, newcomers had the chance to meet with representatives from various companies in Niagara and apply for jobs.

“It’s good that the head of our local academic institution is able to take some of his time to engage with the community at this level,” said Yusuf Al-Harazi, Mentorship Coordinator. “Newcomers will benefit from hearing from someone like him.”

The Multicultural Centre’s Mentorship Program matches newcomers to Canada with career mentors, professional Canadians who work in the same field.