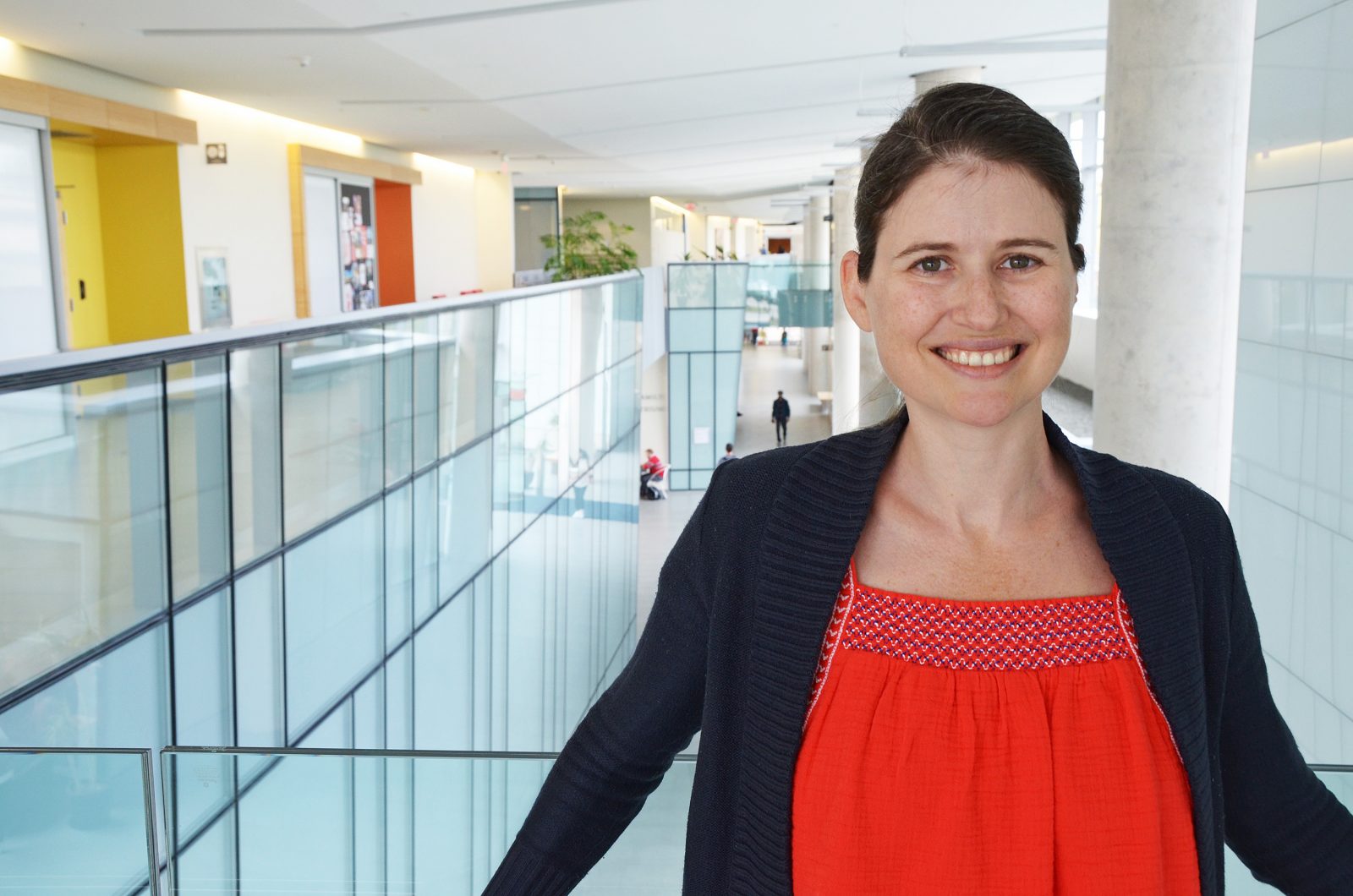 Assistant Professor of Psychology Elizabeth Shulman is one of nearly two dozen Brock researchers receiving a total $3.8 million in funding under the Natural Sciences and Engineering Research Council (NSERC)’s 2017 competition for the Discovery research programs. Shulman is studying what happens in the minds of teenagers when they consider engaging in risky behaviour.

Passing out on purpose. Surfing on the roof of a moving car. Playing ‘chicken’ with an oncoming train.

Recent headlines of teen stunts gone wrong have many scratching their heads wondering, “What were they thinking?”

Assistant Professor of Psychology Elizabeth Shulman is studying what happens in the minds of teenagers when they consider engaging in risky behaviour — and she will continue that work with the help of funding from the Natural Sciences and Engineering Research Council (NSERC).

Shulman is one of almost two dozen Brock researchers receiving a total $3.8 million in funding under NSERC’s 2017 competition for the Discovery research programs — more than $1.4 million over last year’s results.

News of Brock’s NSERC funding was delivered by Niagara Centre Member of Parliament Vance Badawey, who made the announcement Friday, Sept. 8 in the University’s Cairns Family Health and Bioscience Research Complex. 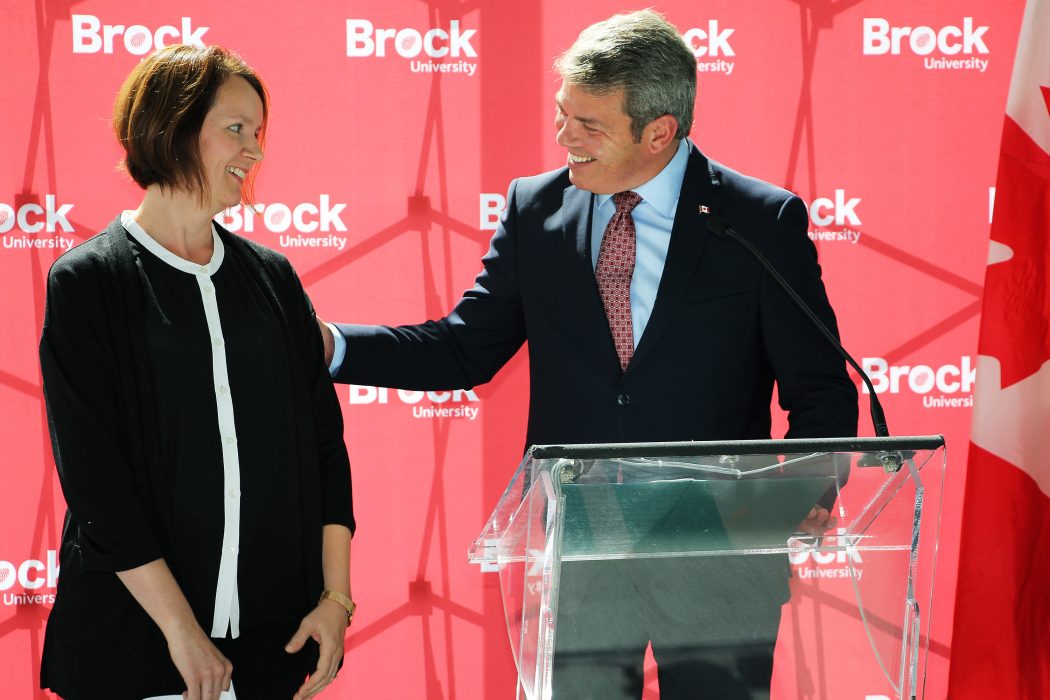 A national announcement, with results of the 2017 Discovery programs, scholarships and fellowships competitions for universities across the country, was simultaneously made in B.C. by the Honourable Kirsty Duncan, Minister of Science.

“This announcement, once again, affirms our government’s commitment to scientific research and the understanding of its importance in our society,” Badawey says. “Niagara is, year by year, continuing to establish itself as a centre of ground-breaking research and by providing much needed resources, we are enabling our brightest minds to meet challenges both today and into the future.”

The funds will support Shulman in conducting a wide range of physical and psychological tests to explore how adolescents’ decision-making about risk differs when it is based on intuition rather than careful deliberation. She plans to use funds to purchase specialized equipment to measure bodily responses to risk, create computerized risk-taking tasks, and compensate research participants for their time.

“This research is important for understanding the most effective ways to keep adolescents safe — when they are a little bit more vulnerable to risk-taking — without going overboard or keeping them from having experiences that will allow them to learn,” she says.

Current research points to teens’ higher sensitivity to rewards as being a key motivator for risky behaviour. However, many studies use unrealistic decision-making tasks that encourage one to thoughtfully weigh the pros and cons of a particular action or respond to heightened emotions, or both, Shulman says.

“In real life, we don’t actually make that many decisions that way,” she explains. “We tend to just go with our gut. I think adolescents’ increased levels of risk-taking is probably the result of decision-making that’s based on their gut, their intuition, but not a lot of research has focused on intuitive decision-making.” 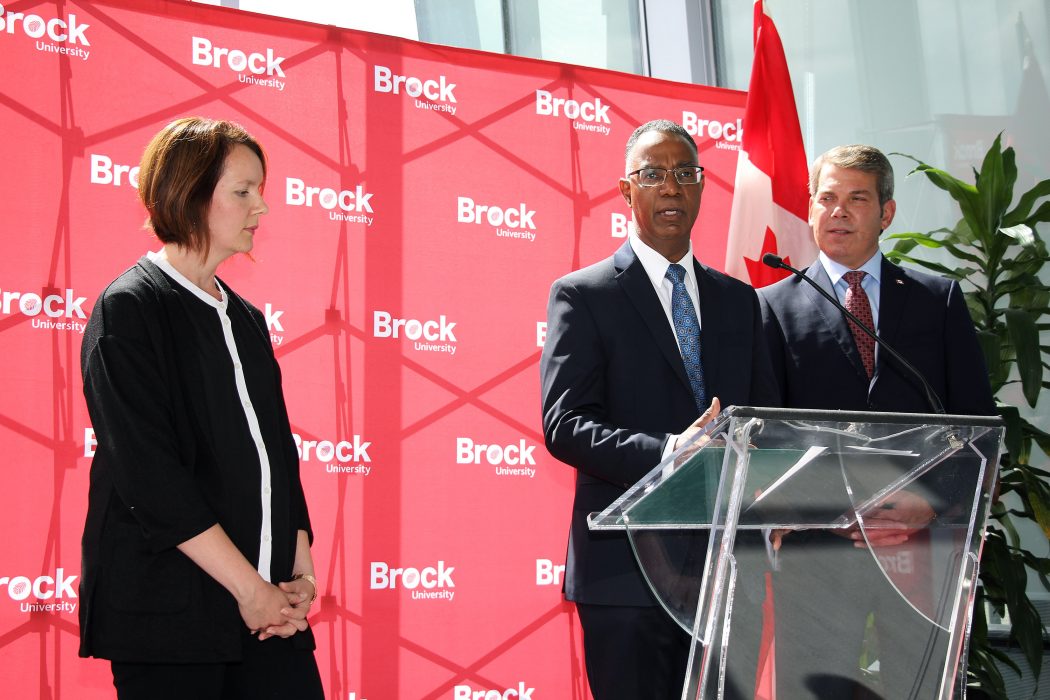 “In my 28 years at Brock, this is the best round that I can remember for funding success through the NSERC Discovery Programs,” says Interim Vice-President, Research, Joffre Mercier. “I am very proud of our faculty members, and I congratulate them for the outstanding work.”

The success rate for renewing NSERC grants is 80 per cent.

“The Government of Canada is committed to investing in fundamental research and engineering that will improve and enrich our country’s knowledge economy,”  says the Honourable Kirsty Duncan, Minister of Science. “We believe in encouraging scientists’ cutting-edge ideas that will lead Canada to greater social and economic growth. I am particularly proud of the support offered to postgraduate students and postdoctoral fellows, who, thanks to today’s investment, will be exposed to advanced training experiences that will prepare them for the jobs and opportunities of tomorrow.”

NSERC awarded Michael Pisaric and Georgii Nikanov with Discovery Accelerator Supplements, grants that researcher don’t apply for but rather are chosen for by the federal funding agency from the pool of Discovery Grant applicants each year.

The Discovery Accelerator Supplement grant is awarded to researchers “who have a superior research program that is highly rated in terms of originality and innovation, and who show strong potential to become international leaders within their field,” says the NSERC site.

Not included in the total is a $149,428 Research Tools and Instruments grant that chemists Melanie Pilkington, Charis Stamatatos and Art van der Est received for the purchase of specialized equipment.

Brock University’s recipients of NSERC Discovery Grants in the 2017 competition: