Behind the scenes of the Brock LINC project 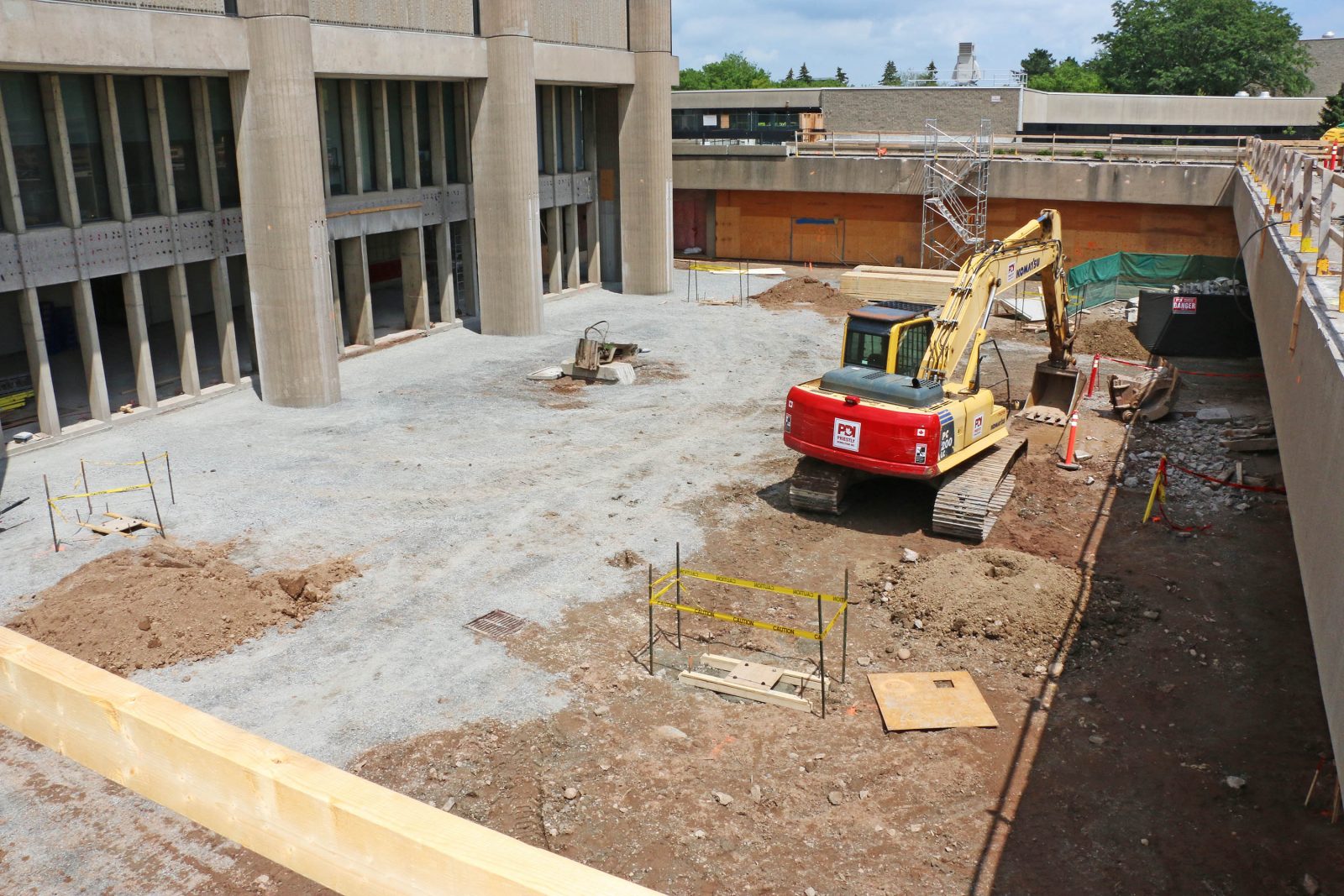 Work continues on the Brock LINC project, which will provide a new main entrance to the University.

For one of the most high-profile facelifts in Brock University’s history, the Brock LINC project is surprisingly difficult to see.

Unlike the Goodman School of Business expansion, which is taking place in full view of the Brock community, much of the Brock LINC project is happening under the cover of protective hoarding and fencing.

But behind those walls, contractors are hard at work transforming the space in front of Schmon Tower into a welcoming front door to the University.

On Friday, July 14, The Brock News got a behind-the-scenes tour of the construction site with Project Manager Scott Roper.

“The project will improve on a familiar and oft-travelled space which happens to be the centre of campus circulation and its historical physical brand, the Tower,” said Roper. “The Tower and its courtyard have been showing their age while retaining their position as the centre of gravity of the campus. This architectural centre will be preserved and enhanced by the new building. Elements of its identity will not be lost in the new structure.”

With the podium staircase, overhead concrete canopy and its pillars now removed, piers were poured last week which will support the new structure’s roof beams. In the middle of those beams will be a massive 25 metre by 12 metre skylight that will illuminate the new atrium and give those inside a view of Schmon Tower above them.

Inside the atrium, the massive columns of the Tower, and the supporting columns for the podium will become part of the new structure’s design, which includes a new second storey collaborative learning and innovation space.

“These exterior landmarks will be recontextualized as interior forms,” Roper said. “Instead of waiting under the podium bridge for a bus, we will pass through it, walking up the stairs to the new floor. Similarly, we could find ourselves sitting under it in a learning environment.”

“This building, along with the existing axis south to the willow circle which it embraces, will demonstrate memory of the institution’s history and be part of a new entrance sequence befitting the centre of a vital university,” said Roper.

See below for a video and photo gallery from the tour: