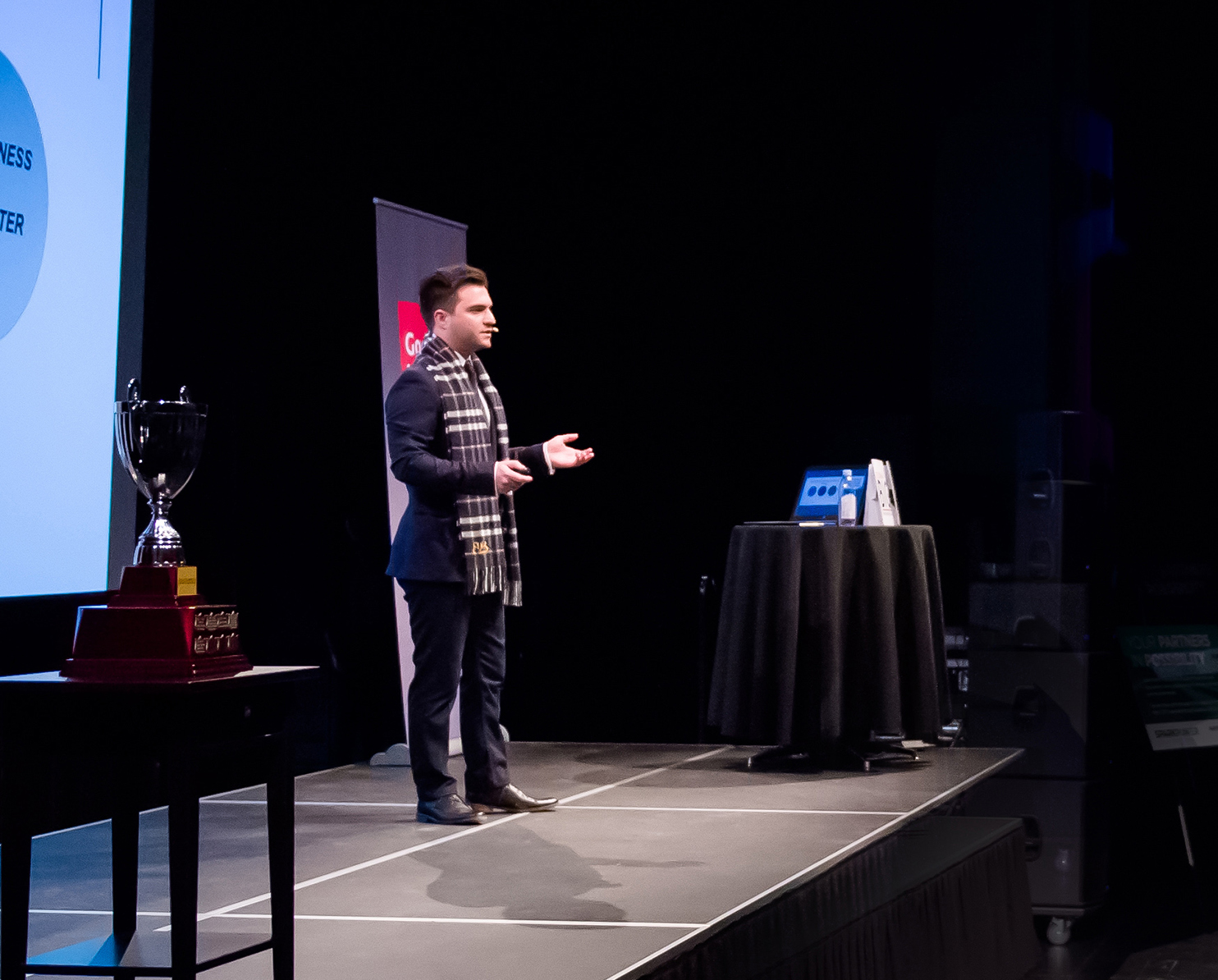 For David Lisi, winning Monster Pitch was a surreal experience.

After watching CBC’s hit show Dragons’ Den for the past five years, Lisi had the chance to take to a similar stage in a spirited student entrepreneurial competition on Monday, April 3.

The second-year Brock student won the competition which included a funding and startup package worth up to $15,000 after pitching his business idea, Bundle, to four renowned business experts.

“Winning Monster Pitch just gives me such great validation and confidence about Bundle and its potential,” said Lisi.

The judging panel was comprised of Jim Treliving, one of five judges on CBC’s Dragons’ Den and chairman and owner of Boston Pizza International Inc.; Bruce Croxon, co-host of BNN’s The Disruptors and CEO of Round13; Deborah Rosati, corporate director and co-founder of Women Get On Board; and Jason Sparaga, co-founder and co-CEO of Spark Power Corp. and founder of Spara Capital Partners.

Using a one-for-one business model, Bundle donates a scarf to someone in need for every scarf purchased. The company will also contribute financially to a yet-to-be-chosen not-for-profit organization that helps people through difficult times.

“I learned a lot from the judges and the feedback they provided,” Lisi said, adding that learning how an investor thinks is valuable as an entrepreneur.

After judging the competition, judges gave feedback to each of the four finalists.

Before announcing the winner, Treliving commented on the innovative nature of each student’s pitch.

“There are no bad ideas. There are always better ideas and you’ve created a lot of that today,” he said.

“It was really hard to sit here and say ‘this one’s the best one and this one’s the worst one.’ It’s not like that. It’s ‘what can you go to the next level with.’ That’s what business is all about and you have done that really, really well,” he said to the finalists.

Hosted by the Brock Innovation Group in partnership with the Goodman School of Business and BioLinc and sponsored by Spark Power Corp., the competition was held at the FirstOntario Performing Arts Centre.