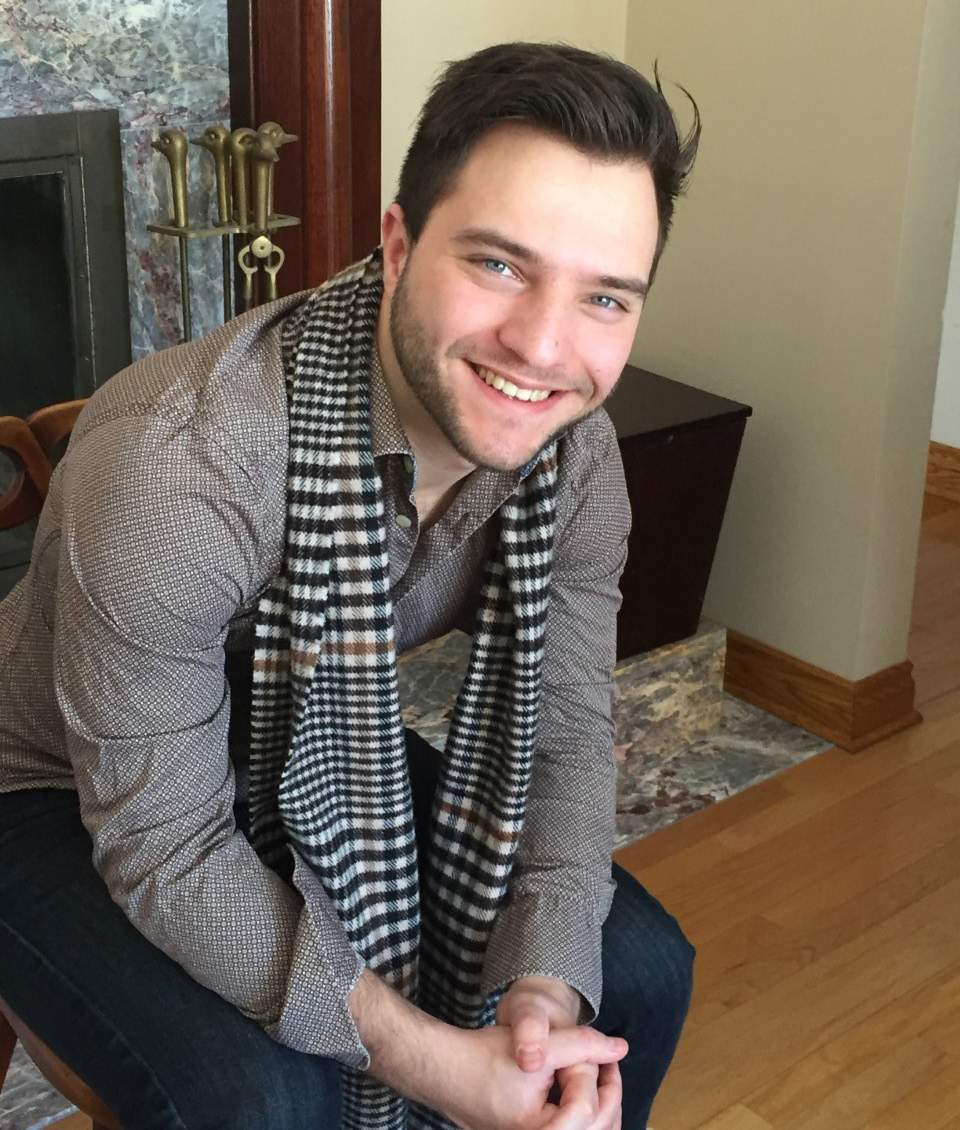 This is the third in a series of four stories featuring the finalists of Monster Pitch, the annual student business competition hosted by the Goodman School of Business student club Brock Innovation Group. This year’s competition will be held at the FirstOntario Performing Arts Centre Monday, April 3.

For David Lisi, walking around campus with not one but two scarves around his neck is more than just a fashion statement.

The doubled neck apparel represents a brand the second-year student, completing a bachelor of arts, is working to build — one he hopes will ultimately help people in need.

Lisi is launching a company called Bundle that aims to have a substantial social impact across Canada.

Using a one-for-one business model, Bundle donates a scarf to someone in need for every scarf purchased. The company will also contribute financially to a yet-to-be-chosen not-for-profit organization that helps people through difficult times.

For Lisi, Bundle is about more than making, selling and even donating scarves.

“It’s about letting people who might be going through the worst experience of their lives know they aren’t alone and letting them know Canadians are there for them,” he said.

The idea started as a group project in an entrepreneurship class and Lisi is now pursuing it beyond the classroom.

He sees an opportunity to build a distinct scarf brand while adding a social dimension to the business, which he feels is a key component.

“I think that’s the next stage for Canada and North America. I think as my generation gets older, we’re going to see a shift in true capital-based businesses towards businesses that deal with corporate social responsibility.”

Lisi believes that shift will lead to the next stage of capitalism focused on “being more socially integrated, helping the world and helping business at the same time.”

Lisi will have a chance to compete for startup services to help further build his business during next week’s Monster Pitch.

Already a sold out event, Monster Pitch is taking place Monday, April 3 at the FirstOntario Performing Arts Centre. Four shortlisted student entrepreneurs will pitch their business ideas before a panel of judges for a chance to win a funding and startup services package worth $15,000.

Monster Pitch is hosted by the Brock Innovation Group in partnership with the Goodman School of Business and BioLinc and is sponsored by Spark Power Corp.

Last year’s judging panel is returning and includes: Jim Treliving, one of five judges on CBC’s Dragons’ Den and chairman and owner of Boston Pizza International Inc.; Bruce Croxon, co-host of BNN’s The Disruptors and CEO of Round 13; Deborah Rosati, corporate director and co-founder of Women Get On Board; and Jason Sparaga, co-founder and co-CEO of Spark Power Corp. and founder of Spara Capital Partners.