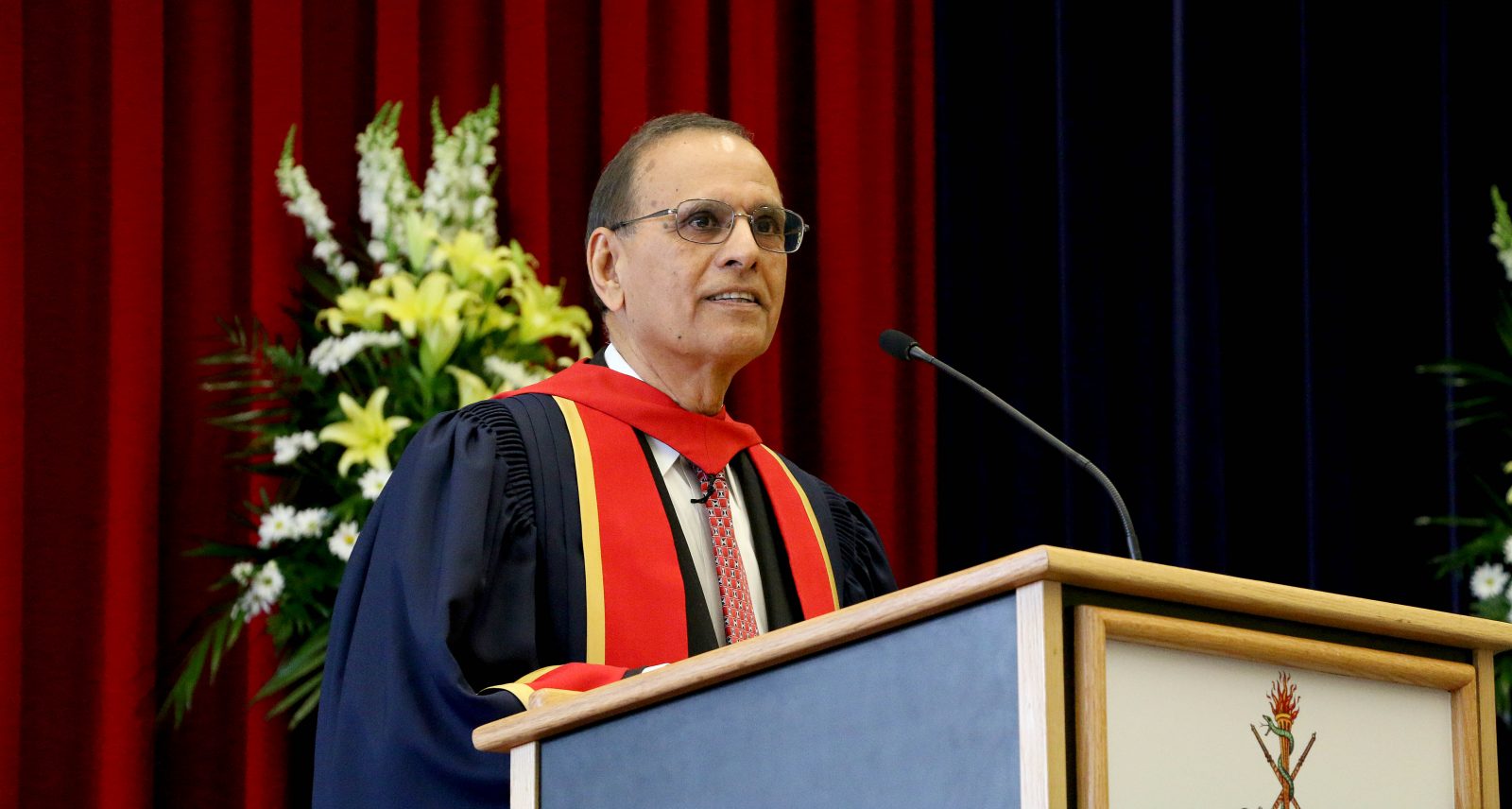 Satish Tripathi, President of the University at Buffalo, received an honorary doctorate from Brock University before giving the convocation address Wednesday morning.

Having a career path in mind is important, University at Buffalo President Satish Tripathi said Wednesday, but not being afraid to venture off that path will take you far in life.

Tripathi was awarded an honorary doctorate from Brock University during Spring Convocation Wednesday morning, and in his address he encouraged the graduating Faculty of Humanities and Faculty of Math and Science students to be willing to change course when needed.

“I know that each of you has set a very ambitious course and many of you are on your way to this path already,” he said. “I applaud your ambitiousness, but I caution you not to be so fixed on your intentions to close new doors before they open.”

Born in India, Tripathi simply wanted to match the career success of his teaching family.

“As a young student, I hoped I would be able to become a high school principal to follow in my father’s footsteps, and I would have been proud of that achievement,” he said. “I never thought I would have the opportunity to lead a major North American research university.”

Tripathi is now an internationally distinguished researcher and transformative higher education leader who is the first international-born president in the history of the University at Buffalo.

Tripathi served as UB’s provost and executive vice president for academic affairs from 2004 to 2011 before being named the university’s 15th president in April, 2011. During his tenure, he was one of the principal creators of the UB 2020 strategic plan to achieve academic excellence, and has led the university to achieve significant growth in research and scholarly activity, enhanced student quality and diversity, and an expanded international presence.

Building on this strong foundation, Tripathi’s vision for UB focuses on moving the university into the highest ranked American research universities by expanding its reach and impact locally and globally.

Tripathi said what has helped him throughout his career was the willingness to listen and take advice from others, even while remaining self-reliant.

“You know the great value of sharing ideas across disciplines. This is the basis of almost all great knowledge and important discoveries,” he said. “No matter how brilliant your idea is, make sure to test it against other theories and from a different vantage point.”

The willingness to take risks is also a principle Tripathi has followed over the years. “I explored computer science when only a handful of people were doing that … I took a risk when I left India to pursue education in Canada,” he said. “There’s no magic formula for success. There comes a point where each of us must choose our own way and you’re at that point now.”

In receiving the honorary Doctor of Laws Wednesday, Tripathi said he’s proud of the working relationship Brock and UB share, a relationship that goes back half a century.

Spring convocation continues at Brock University this week with ceremonies Thursday and Friday at both 10 a.m. and 2:30 p.m.