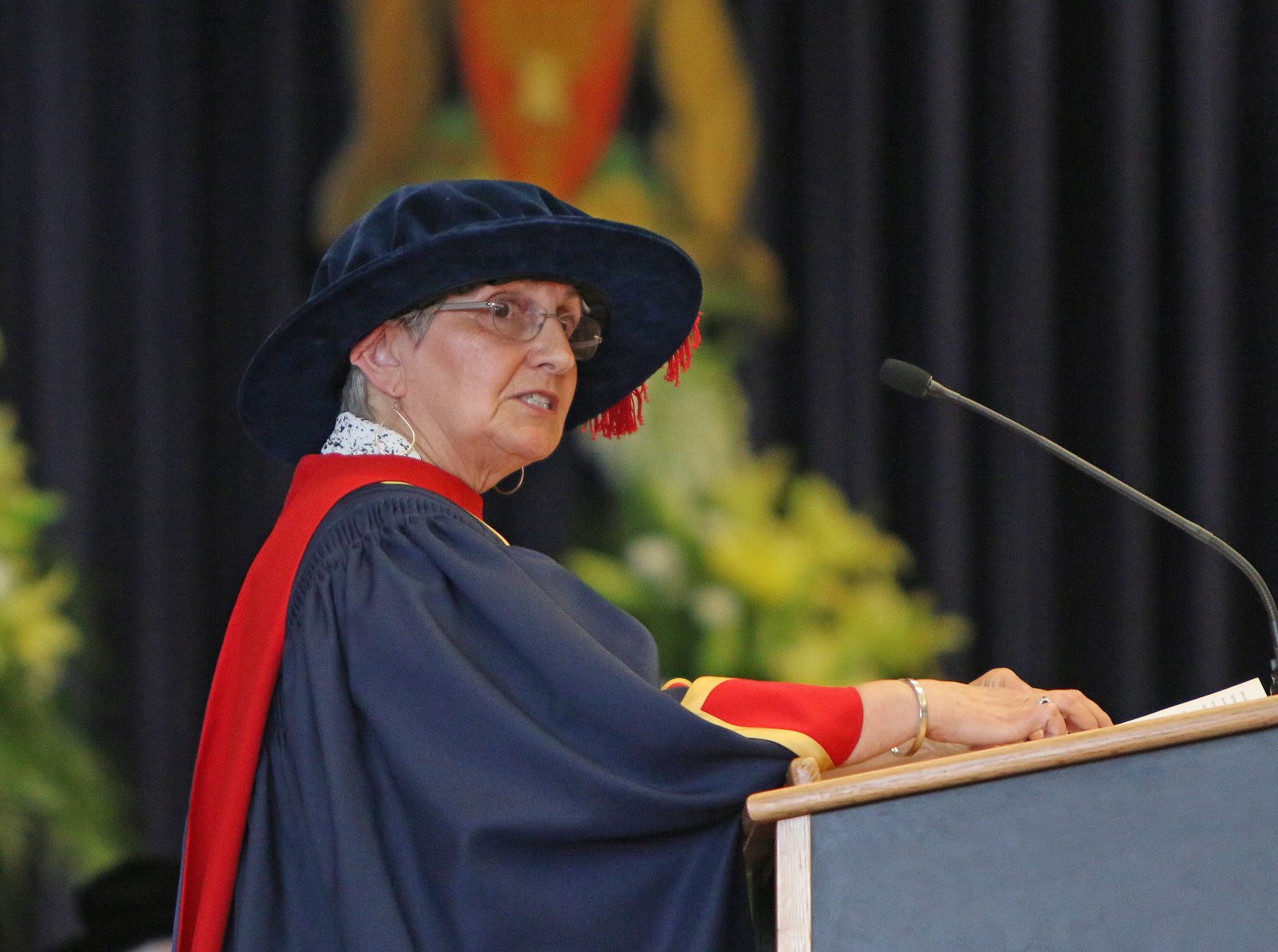 Liz Palmieri delivers the convocation address at Brock University Tuesday, June 7, 2016 after being awarded an honorary degree from the St. Catharines university.

Philanthropy isn’t just about rich people cutting cheques. Instead, said retired Niagara Community Foundation Executive Director Liz Palmieri, philanthropy is about helping your community in whatever way you can.

That was the message delivered by Palmieri Tuesday morning as she addressed the first group of graduands at Brock University’s 2016 Spring Convocation.

Palmieri was awarded an honorary Doctor of Laws degree by Brock University Chancellor Shirley Cheechoo. It comes at the end of a career in the non-profit sector that spans more than three decades, including leading the Niagara Community Foundation since its inception in 2000. Under her leadership, the Foundation raised more than $28 million in endowment funds and granted more than $8 million to charities working in the arts, heritage, environment, social services, health, education, recreation and community development sectors.

In her address, Palmieri said charity will play an integral role in the life journey of the graduating students.

“Philanthropy is more than wealthy people making big donations. Its true meaning is the effort or inclination to increase the wellbeing of humanity or, more simply, caring for your community,” she said. 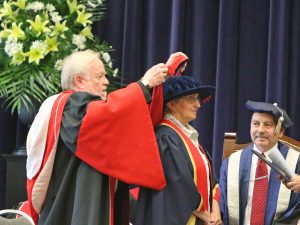 Palmieri is well known in Niagara for the community engagement, fundraising and humanitarian work she has done over the years.

In addition to the Niagara Community Foundation, from which she retired on May 5, she has worked or volunteered with organizations such as the Rotary Club, Ontario Trillium Foundation, Niagara Artists’ Centre, Carousel Players, Chorus Niagara, Niagara College Foundation and the YWCA.

She also helped found Niagara Connects, an important agency launched with the support of the Niagara Community Foundation, and was part of the group who developed the City of St. Catharines’ first cultural policy. Arts and culture is a thread flowing through much of her civic work.

Palmieri told the graduands Tuesday that they could also play a big role in their community and practise philanthropy by volunteering at food banks, coaching sports, tutoring others and helping to fundraise for various causes.

“As you start the next leg of your journey into your community, wherever that is, please keep philanthropy as a core value, a key princple to guide you through your life,” she said.

“Thank you on behalf of all of those whom you’ve supported in the past and will be supporting in the future.”

To see Palmieri’s address, see the video below. The hon doc ceremony and Palmieri’s speech start at 26:00.

Read full coverage from the first day of Spring Convocation.