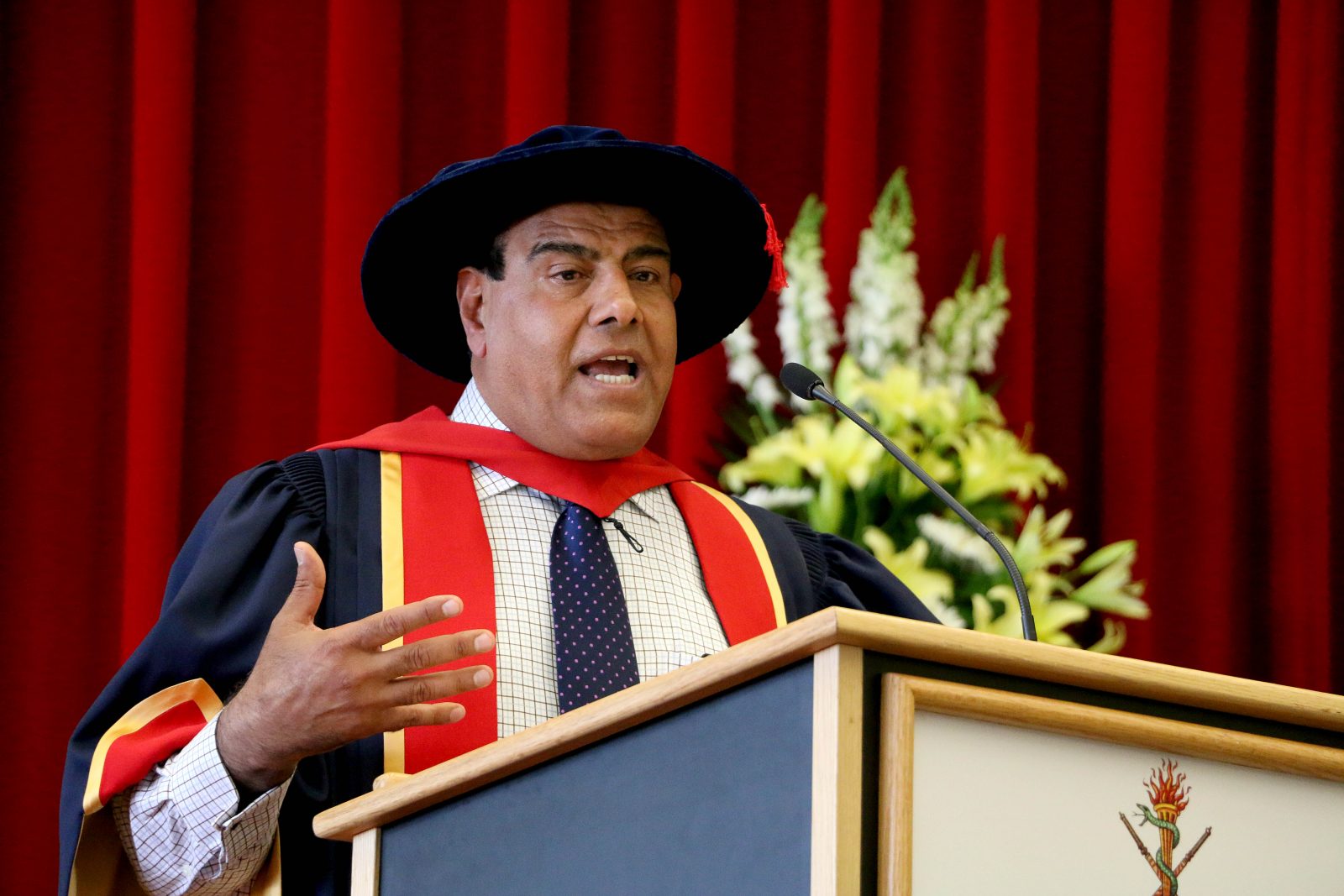 It was an empowering message of peace from a man who has every right to be filled with hate.

In his convocation address to graduates in the Faculty of Social Sciences, the four-time Nobel Peace Prize nominee said bullets are the “weapons of the weak,” but added that the wisdom of today’s generation is a means to peace.

“A refusal to hate is the most powerful weapon in the arsenal of a human,” Abuelaish said in a powerful 20-minute address. “Words are stronger than bullets. Even if words can’t stop bullets, they can deflect the poisonous hatred that stem from them.”

In spite of unthinkable tragedy around him, Abuelaish believes health is a vehicle for peace. Born and raised in a refugee camp in the Gaza Strip, Abuelaish was the first Palestinian doctor to receive an appointment in medicine at an Israeli hospital.

On Jan. 16, 2009 the consequences of war hit Abuelaish in the most horrific and personal way — three of his daughters and his niece were all killed by Israeli shelling.

I refused to fall victim to despair and instead vowed to fight for all, regardless of religious or political beliefs.

“People expected me to be drowning in an ocean of hatred,” he said. Instead though, he used the girls’ deaths as the motivation to fight for peace and equality for women.

“I refused to fall victim to despair and instead vowed to fight for all, regardless of religious or political beliefs,” he said. “I am determined to keep my beloved daughters alive in your minds through good deeds.”

Abuelaish has devoted his life to advancing health and educational opportunities for women and girls in the Middle East through his charitable organization, The Daughters for Life Foundation, which is based in Canada.

A year after the loss of his daughters, he wrote a bestselling autobiography, I Shall Not Hate: A Gaza Doctor’s Journey on the Road to Peace and Human Dignity.

“Tragedy can’t be the end of our lives. We can’t allow it to control and defeat us,” said Abuelaish, who now lives in Toronto with his five children and works as an associate professor at the Dalla Lana School of Public Health at the University of Toronto.

He challenged the graduands to be people of leadership and values.

“Now it’s your turn. We have to hand the torch and the baton to you. You are the hope, the new blood and the new leaders with a new vision,” he said.

“Go with faith and hope and without fear. The world is waiting for you.”

Read full coverage from the first day of Spring Convocation. 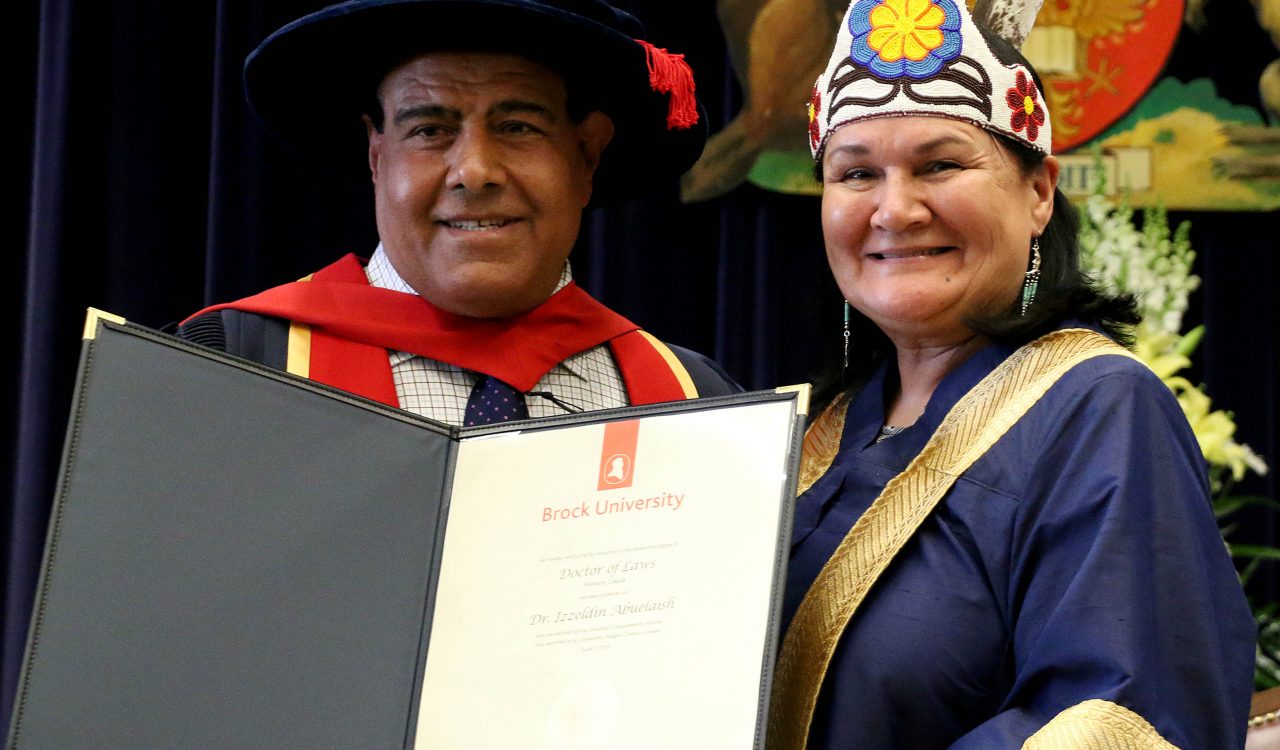