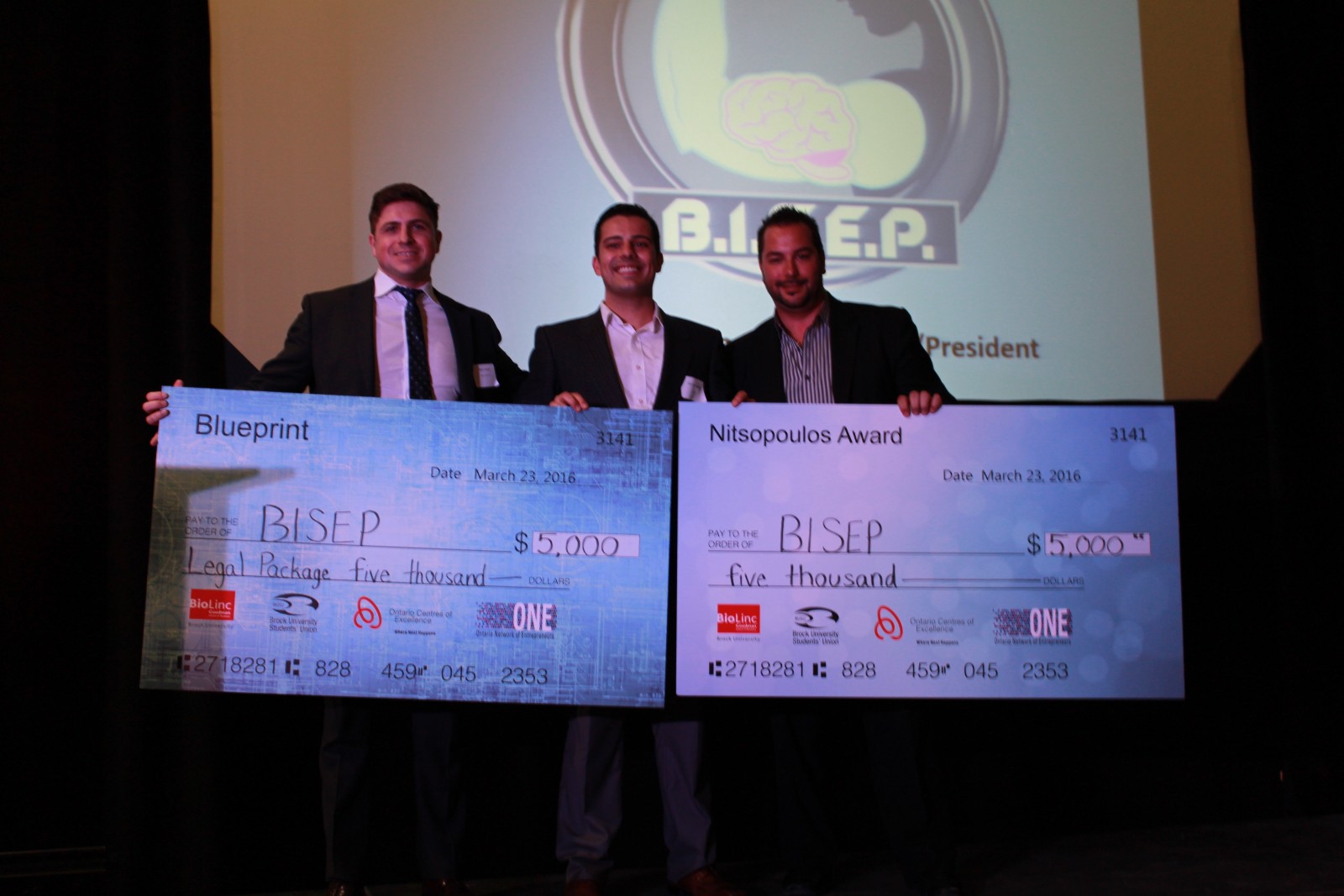 Just as a house needs a blueprint to be built properly, a new business needs to demonstrate the robustness of its plan in order to be successful.

Five finalists had to prove just that last week at Brock University’s Blueprint competition, while vying for up to $17,500 in start-up funds, mentoring and resources.

Brock graduate Daniel Bordenave (BKin ’11, MSc ’15) proved that his new business has a sound plan, taking home three of the four awards. His business idea is called B.I.S.E.P. which is an innovative assistive technology to improve seniors’ mobility.

Bordenave was the recipient of the Nitsopoulos Award ($5,000), an in-kind legal package contributed by Fogler Rubinoff, LLP (valued at $5,000) as well as the Fan Favourite Award ($2,500).

Bordenave worked closely with BioLinc throughout the development of his idea, an integral part of his success so far.

“I was more on the engineer side coming up with the ideas and they have been so supportive and they deserve kudos because they’re just fantastic. They’ve given me all the resources I needed, all the extra help,” he said in an interview with TV Cogeco Niagara.

Brock students Harrison Olajos and Madi Fuller, competing with their business Campus Brainiac, a peer-to-peer tutoring mobile application, won the Blueprint award, worth $5,000 contributed by Brock University Students’ Union. The duo won the Brock Innovation Group’s Monster Pitch competition the day before and are set to launch their business at Brock and a handful of other post-secondary institutions on an aggressive timeline.

Now in its fifth year, Blueprint is hosted by BioLinc, Brock’s business incubator run by the Goodman School of Business, in conjunction with several on-campus departments and local community partners.