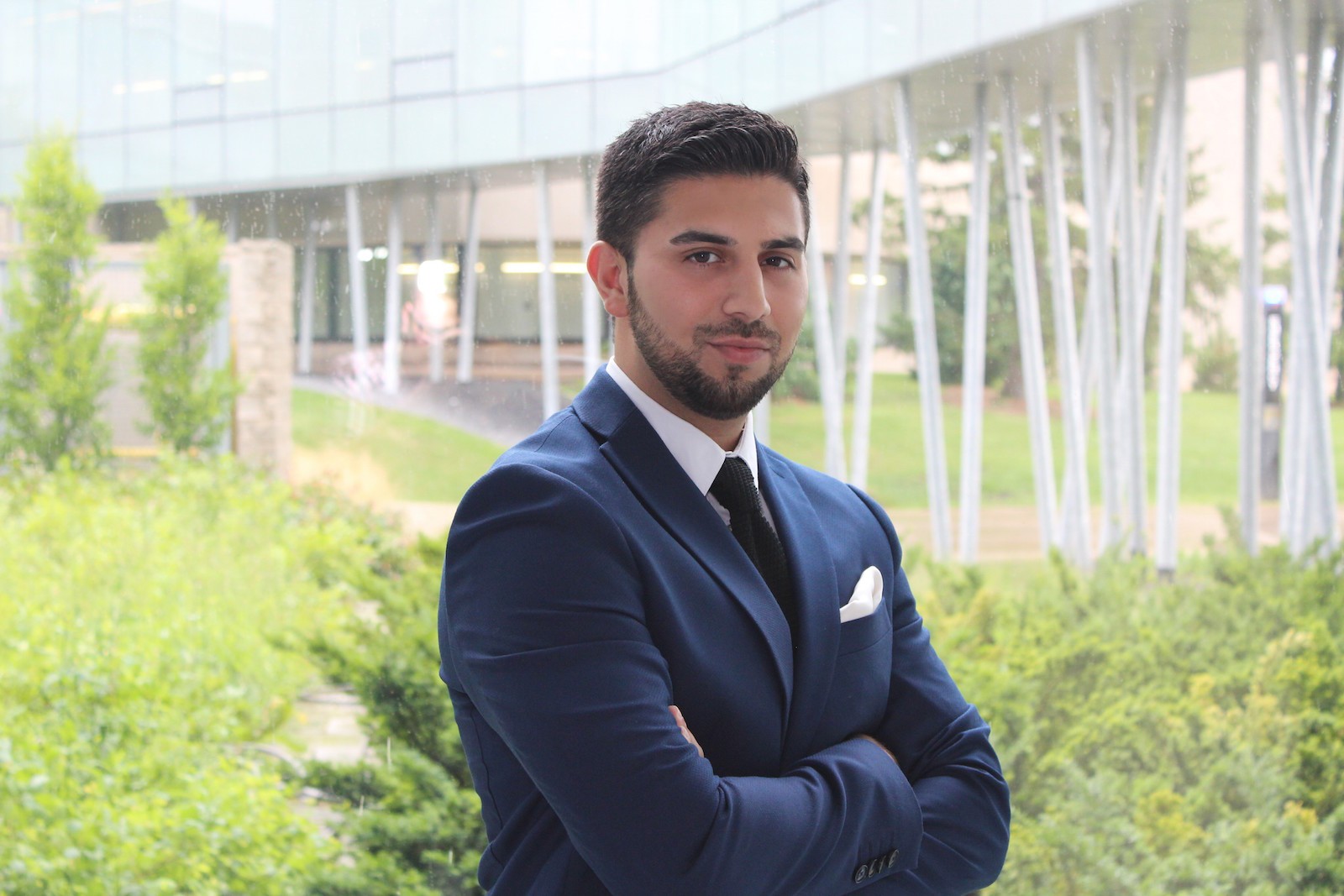 The President’s Surgite Award is awarded to current students to recognize those who have been outstanding in one or more of the following areas: leadership, advancing the University’s reputation, contribution to life at Brock, or valuable service to the University or broader community.

This is the last in a series of three stories featuring the graduate student recipients of the 2015 awards: Scott Behie, PhD student in Biotechnology, Julian Petrachenko, Master’s student in Applied Health Sciences and Jason Ribeiro, graduate of Master’s of Education.

Jason Ribeiro was determined to squeeze in as many graduate student experiences as possible over the past two years while studying in Brock’s master’s of education program.

It’s difficult to imagine when he found time to sleep within a steady schedule that included occasional teaching for the Halton Catholic District School Board, a research assistantship with Brock’s Social Innovation Research Associate Program (SIRAP), serving on the Graduate Students’ Association, an EdTech internship, and one of the biggest projects of his academic life, his master’s thesis.

Ribeiro’s master’s research focused on the decision-making process of senior leaders in publicly funded Ontario school districts, and how they acquire educational technology.

“The study may be the first of its kind in Canada that calls upon the viewpoints of senior leaders and it will impact approximately 746,000 Ontario students,” he explains. “School boards aren’t necessarily being advised on how to best spend those dollars and that will be the key going forward.

“I hope this research captures the attention of … the Ministry of Education in Ontario and other senior leaders who recognize we need to shift the way we’re purchasing technology so that it’s in enhancement of student learning, and for teachers as well.”

Ribeiro, who is from Hamilton, defended his thesis last spring, just in time for June Convocation. The past spring has been particularly busy with a series of conference presentations that have taken him to Philadelphia and Las Vegas.

“It is so important that you are able to visualize your research as having a life outside of your office and just outside of the paper itself,” he says. “I liken it to almost creating an album where you actually get to take it on tour. It’s an incredible experience to engage in conversations and professional development with your peers and scholars who you look up to.”

He decided to forego an invitation to present his research at a conference in New Zealand this summer to give himself more time to prepare for his move to Alberta. He will do his PhD studies at the University of Calgary starting in September.

“I plan to expand on this work in my PhD studies and take a pan-Canadian focus with the goal of fostering innovation and refined collaboration between ministries of education, and startup and established tech companies,” he says.

Ribeiro leaves Brock with a great sense of gratitude for the mentorship and support he received throughout his studies.

“I came to Brock because it had the great, great adviser that I was looking to work with. Dr. Camille Rutherford is the foremost leader in her field,” he says. “There’s a huge support system that’s innately tied to the community at Brock and that’s an experience that I’ve never had at another university.”

Watch the video of Ribeiro and learn more about his research and experiences as a graduate student at Brock.

One comment on “Surgite Award winner thrives with packed schedule”