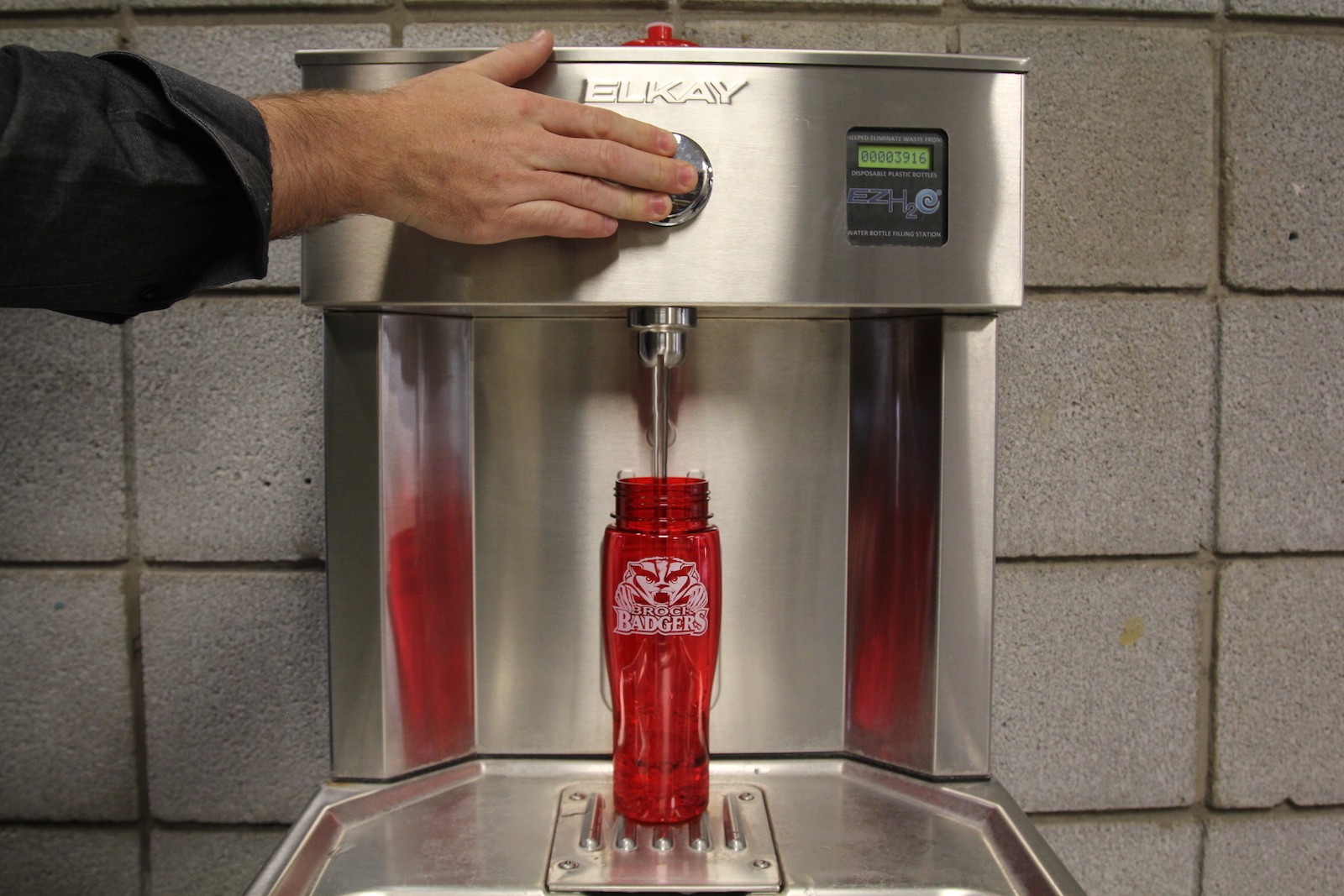 Brock University will celebrate Earth Day today by raising a few tall cold ones – of water, that is – enjoyed in refillable water bottles.

But that’s not all the University has done to help the planet. Brock diverted more waste from landfill in 2014 than in 2013 thanks to changes on campus that make it easier for students to recycle.

Brock’s diversion rate rose to 65.8 per cent last year from 65.3 per cent previously after the introduction of single stream recycling at the Village Residence, which eliminated the need for students to sort and separate recyclables. Additional coffee cup recycling stations were added across campus as were more signs above recycling bins in dining halls to encourage students to do their part for the planet.

Brock’s diversion rate is nearly six per cent higher than the waste diversion target guideline of 60 per cent set by the Ministry of the Environment.

“While we spend a lot of effort to divert waste that can be recycled following consumption, equally important is avoiding generating that waste in the first place as demonstrated by the effectiveness of our 22 water bottle filling stations,” says Tom Saint-Ivany, chairman of Brock’s Sustainability Co-ordinating Committee.

“Together with the Brock University Students’ Union, our waste diversion efforts provide students, faculty and staff with convenient ways to keep water bottles out of landfill and with post-consumption receptacles to separate recyclables such as plastic bottles, coffee cups, and organics.”