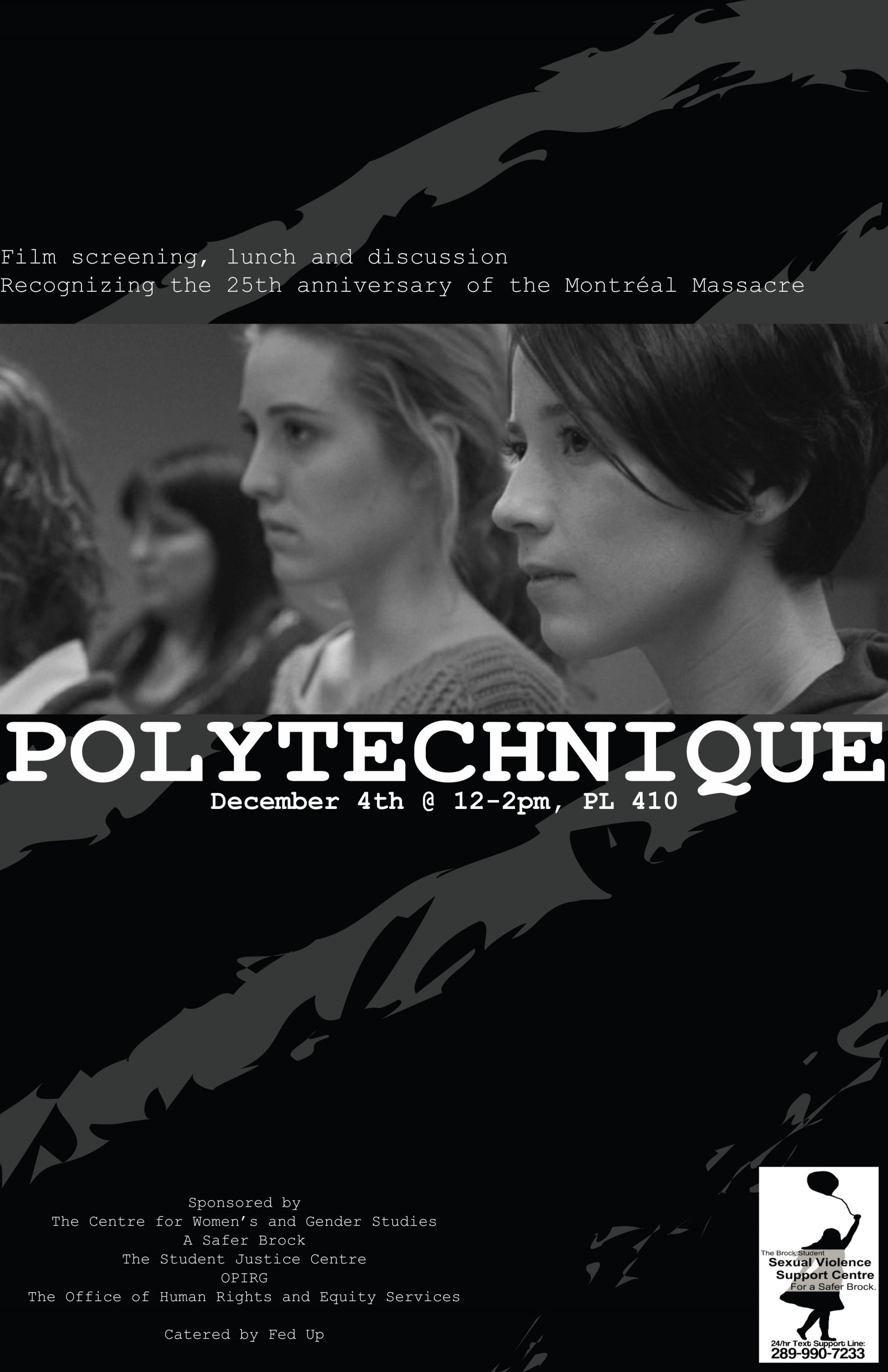 As Canada prepares to commemorate the 25th anniversary of the Montreal Massacre, Brock University will mark the sombre occasion on Dec. 4 by screening an award-winning film, followed by a group discussion.

Around 4 p.m. on Dec. 6, 1989, a man armed with a hunting knife and a legally obtained rifle entered École Polytechnique in Montreal.

About 20 minutes later, he’d killed 14 women, wounded 14 more people, and killed himself. Twelve of the dead women were engineering students, one was a nursing student, and one was a school employee.

The slaughter became even more shocking when it was learned that gunman Marc Lépine had targeted females.

In a suicide letter, Lépine wrote: “I have decided to send the feminists, who have always ruined my life, to their Maker. For seven years life has brought me no joy and … I have decided to put an end to those viragos.”

In his letter he named 19 other women whom he identified as feminists and intended to kill.

At Brock on Dec. 4, from noon to 2 p.m., the Canadian film Polytechnique will be screened in Plaza Building, room 410.

The picture documents the school shooting through the eyes of two students who witnessed Lépine’s murderous rampage. The 2009 black-and-white film won nine Genie Awards in 2010, including Best Picture.

“Polytechnique faithfully re-creates the events of Dec. 6, 1989 so that students can learn about this historical touchstone – especially as many were not born when this happened,” says Margot Francis, Associate Professor in Women’s and Gender Studies. “We’ll have a Q & A discussion after the event, to make the links between that event and contemporary issues.”

The Brock event, which includes a lunch before the film screening, is organized by the Centre for Women’s and Gender Studies, A Safer Brock, the Student Justice Centre, OPIRG, and the Office of Human Rights and Equity Services.

“The importance of the Montreal Massacre continues because violence against women continues to be a critical issue which affects us all,” says Francis. “Aboriginal, poor and trans women are more at risk. Young women, those at university and younger, are especially liable to face sexual violence from people they know, including friends, dates, and family members. And gun violence continues to be an issue of critical concern, where the federal government has weakened gun legislation.”