Brock grads have something brewing with coffee business 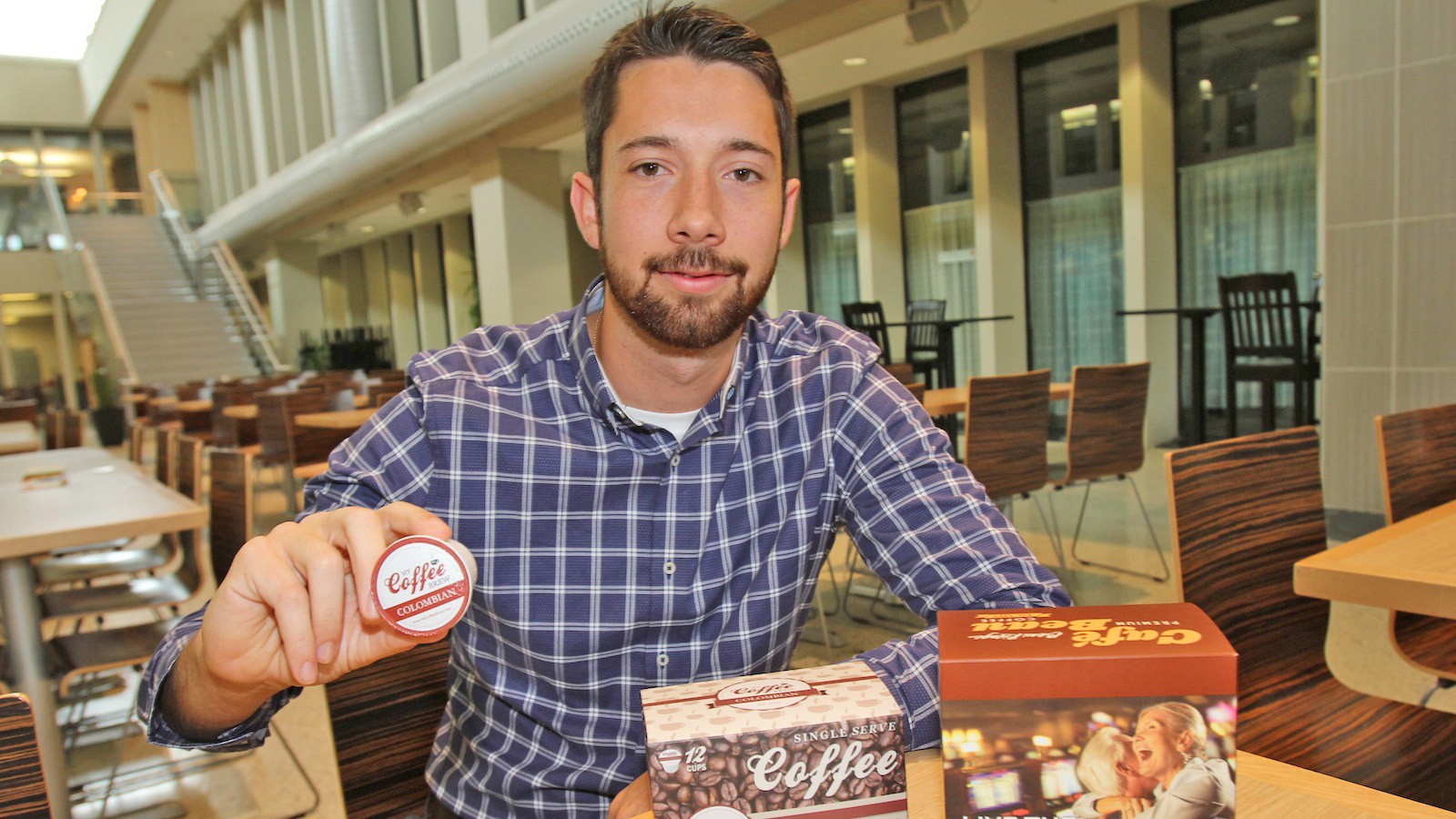 It smelled like a good idea at the time, and now three Brock University grads have something brewing with a single-serve custom coffee packaging company.

“We’re filling that gap of (businesses) who maybe have six or seven locations but aren’t big enough to work with (bigger companies),” Marchionda said.

The idea began percolating a couple years ago, when Marchionda’s brother — a business student — listened to a guest speaker who started a private label coffee bag packaging business.

Marchionda heard the story and did some research. After learning that Keurig’s patent on the popular single-serve cups was expiring, he created a website to gauge interest without being able to provide a product.
What started as one submission per week grew into five or six, and Marchionda knew he had to turn the idea into reality.

“I was like, ‘OK, I have to do something about this,’ he said. “It was frustrating because I couldn’t do anything.”

Marchionda took the idea to the Brock University Students’ Union’s Blueprint competition, and in February 2013 he came away with $10,000 from the Nitsopoulos Family Entrepreneurship Award as part of the BUSU program. Cowan and Fabiano joined My Coffee Brew afterwards, and the money paid for the packaging machine.

“Without (Blueprint) we wouldn’t have had that $10,000 investment, and we wouldn’t be here today without that,” Marchionda said.

My Coffee Brew has since partnered with a Toronto café to provide coffee for packaging when needed. It now has nine clients, most of which are coffee roasters and small- to medium-sized companies. Only two – including BioLinc at the Goodman School of Business – are from Canada.

In addition to being a client, BioLinc manager Dan Lynch gave the young entrepreneurs manufacturing advice. My Coffee Brew works out of the same building as Trivium Industries – a partner of Brock and BioLinc – in Welland.

My Coffee Brew has one to three orders per month. The typical order varies from 10,000 to 50,000 cups. It’s not enough for full-time work – yet – but Marchionda is hopeful the single-serve specialists can create sustainability through repeat business.

“Right now we’re trying to build a client list of people who order once,” Marchionda said. “What we want to try to do is have people who order once, (and) they’re on our list and we have a good relationship with them, (order again and) come back to us. A one-and-done deal is good for the short term, but you want to have a lasting relationship. We’re trying to build up as many clients as we can.”

2 comments on “Brock grads have something brewing with coffee business”