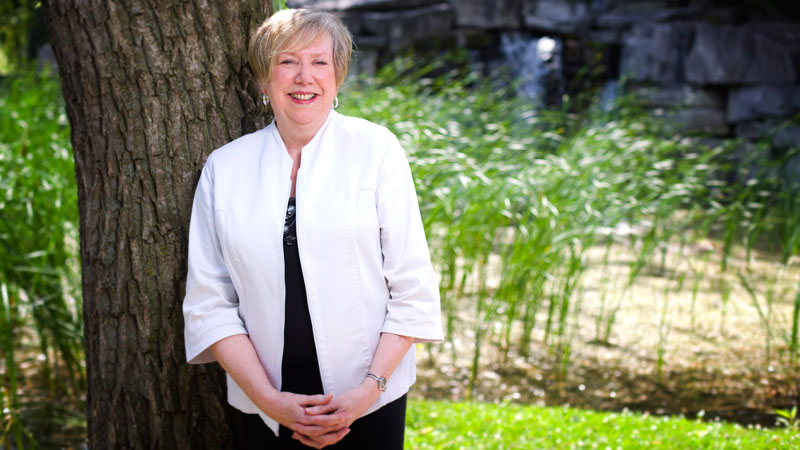 "It will be nice to have a chance to say some words of thanks," says Marilyn Rose of Wednesday's celebration of graduate studies "It will be nice to have a chance to say some words of thanks," says Marilyn Rose of Wednesday's celebration of graduate studies.

Marilyn Rose doesn’t like to think of herself as a legacy builder. There are too many people around her, she says, who deserve to share in the credit.

The event scheduled for Wednesday from 2 to 4 p.m. in Pond Inlet — A Celebration of Graduate Studies at Brock — is meant to celebrate graduate studies as a whole, she says, and not simply her tenure as Dean of the Faculty of Graduate Studies.

“She’s incredibly modest,” said Gail Pepper, director of Graduate Studies, who has worked with Rose since she became dean in 2004.

But whether Rose talks about it or not, those who work with her know the truth — when she leaves her post on June 30, she leaves big shoes to fill.

Graduate programs have grown by leaps and bounds since she took the helm seven years ago. The quality of Brock’s graduate studies — nearly unknown a decade ago — has grown to the point where Brock is firmly planted in the minds of funding agencies, grad studies councils and prospective students across the country.

When Rose became dean, she built a Faculty from the ground up. Sheer numbers show what has been accomplished.

It is impossible to summarize Rose’s contributions to Brock and to post-secondary education in Ontario, said Murray Knuttila, Vice-President Academic.

“She played a foundational role in the Faculty of Graduate Studies,” he said. “Her dedication to graduate students is legend. Her service to the Ontario system as Brock’s Academic Colleague is well known.

“Although words are never enough, I take this opportunity to simply thank her.”

These were deliberate moves in the name of promoting grad studies at Brock, she said.

“When you have someone from a mid-sized university taking a leadership position in the sector, that’s important,” she said. “It’s part of creating
a public awareness of Brock as a well-respected university for graduate studies.”

During her time as dean, Rose was instrumental in the creation of Brock’s Institutional Quality Assurance Process, Knuttila said. She will also be
“sorely missed” on the Committee of Academic Deans.

“She was a mentor and role model for the deans, always prepared to offer support and advice even as she firmly encouraged the deans to double and redouble their efforts to attract the best possible graduate students.”

She also has a way with words, he said. At various meetings, Rose would articulate what was on everyone else’s mind.

“Her command over the English language is enviable.”

That stands to reason. A native of Ancaster, Rose’s first job at Brock was as a writing instructor in the Student Development Centre in 1979. As a mature graduate student “with two children in tow,” she completed her doctoral studies in English literature at McMaster and became a professor at Brock in 1984.

A past director of the Brock Humanities Research Institute, Rose is a specialist in 20th-century Canadian literature, with a particular interest in Canadian women poets. She has developed a Canadian Women Poets website with Erica Kelly, a Brock alumna who went on to earn a PhD in English. Rose is also a member of the core faculty of Brock’s MA in Popular Culture. With Jeannette Sloniowski (Communication, Popular Culture and Film), she has created and maintains a research website in the area of crime, mystery and detective fiction.

Even throughout her years as dean, Rose has continued to teach at least one class a year. But it hasn’t been easy. Rose’s daily tasks are numerous.

“She has stamina and an ability to do huge amounts of work,” Pepper said. “She never stops. And she treats the large and the small tasks with equal importance.”

Rose is proud of her Faculty and the state of grad studies at Brock. Successes like the annual Mapping the New Knowledges conference, an interdisciplinary showcase of graduate student work, and individual attention are what set Brock apart, she said.

Rose will miss dealing with people from across the University. Being a professor, she said, can lead to being confined to one department.

“I’ve been really lucky,” she said. “Over my career at Brock, I’ve had so many opportunities to participate in so many committees that I’ve never been bored. I feel as if I’ve truly plugged into the life of the University, and this has been very rewarding for me.”

As she returns to her academic position, she looks forward to having some time to reflect. She is also looking forward to more time for teaching. For her, it’s an abiding love.

“That’s why I came into this world,” she said. “To read and to write and to teach.”

What: A Celebration of Graduate Studies at Brock
When: Wednesday, June 22, 2 to 4 p.m.
Where: Pond Inlet
All are welcome.