Responding to politics with poetry 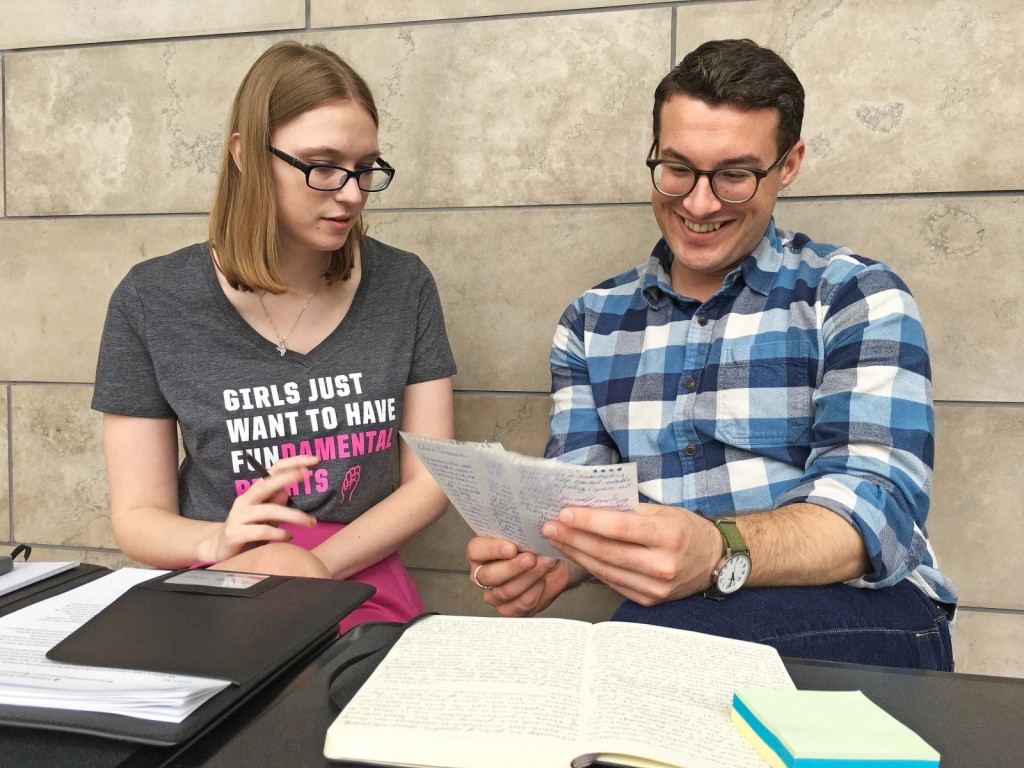 Casey Lawrence, an MA student in English, has recently published an anthology of poetry in response to American politics. Work by Andrew Power, a fourth year English major, is included in the volume.

Casey Lawrence is using the power of words to make the world a better place.

Lawrence, who has just completed her English BA and is embarking on an MA, has just released a co-edited anthology of poetry and short prose title “11/9: The Fall of American Democracy” to highlight marginalized voices affected by American politics.

Lawrence believes that poetry’s power to validate people’s feelings and make connections has an important place in the current political climate.

“We’re using poetry to create awareness and connection but also to do tangible good in the world with our words,” adds Lawrence. “Poetry is political; It has always been about dissent and resistance.”

Although Lawrence has published several young adult novels, this was her first time working on an anthology. It was more difficult than expected, she says, but very rewarding to see people’ positive response to both the texts and the cause they’re donating.

Lawrence worked with her co-editor William D. Dickerson to sift through hundreds of submissions after putting out a call for submissions online and through her author network.

The volume features 57 international authors and prioritizes those most affected by the results of the 2017 American election. Both amateur and established poets are included.

Fourth-year Brock English student Andrew Power is one of the few Canadian poets featured in the new volume.

His erasure poem is written by blacking out words from a page of John Milton’s “Paradise Lost.” He chose “Paradise Lost” as a starting point because of its theme of the pursuit of ambition.

Power wants readers to see that people have been looking at phenomena like this for hundreds of years.

“Literature always been addressing political subjects,” he explains. “The topics aren’t that uncommon, but cyclical.”

The project is completely non-profit and all proceeds are being donated to charity. Lawrence and Dickerson have published the work through Amazon.com’s Create Space, and all proceeds will be donated to RAINN (Rape, Abuse & Incest National Network), which supports survivors of sexual violence, and the ACLU (American Civil Liberties Union).

“11/9: The Fall of American Democracy” is available as both a paperback and ebook through Amazon.com or its Facebook page. You can connect with Casey Lawrence on Facebook as well.