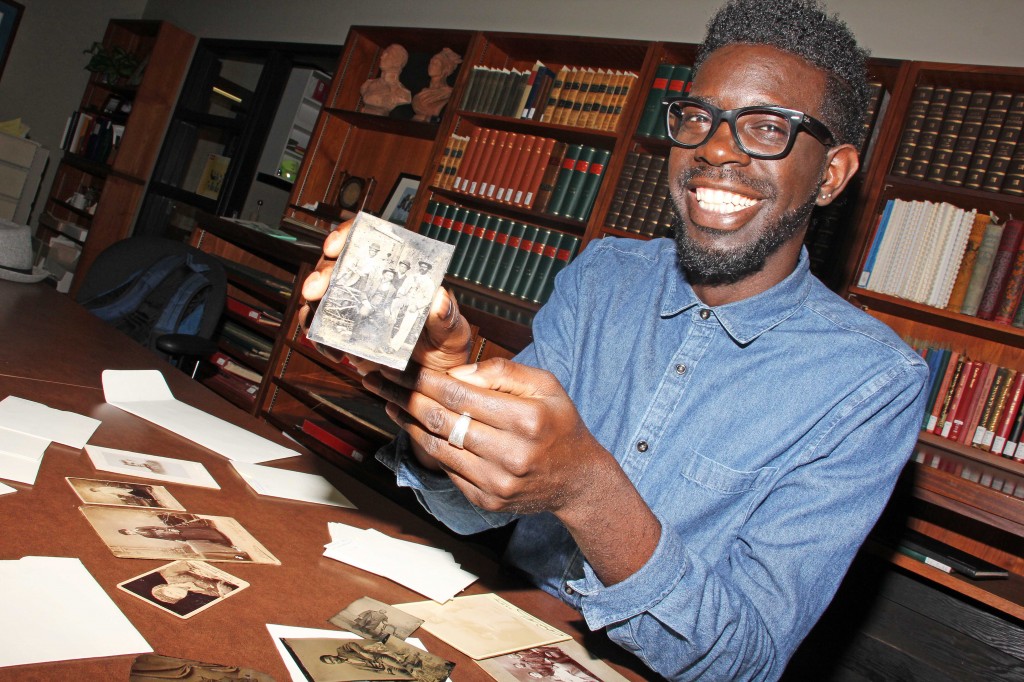 Visiting Fulbright scholar Professor Daniel Broyld will be teaching CANA3V91 on abolitionist movements in the US and Canada this fall. Students will be using the library's special collections and archives to examine early photographs and tin types of members of St. Catharines' black community.

For visiting Fulbright Scholar Daniel Broyld, living and working in St. Catharines adds another layer to his research on black identity and migration along the Canadian-American border.

“It’s very important for me to actually inhabit this space,” he says of his time in Niagara, where he’ll be working at Brock until December. “Although I look at black communities in the 19th century, it’s nice to still familiarize myself with the landscape and community they would have lived in. To actually live here is another part of understanding.”

Broyld’s semester at Brock, which began in July, will also give him an opportunity to share his expertise with students and to work on his upcoming book. Borderland Blacks focuses on the transnational exchange of immigration and interaction between the Rochester New York and St. Catharines black communities.

Broyld has already found fresh research material in the St. Catharines Public Library collection and is making use of Brock’s Rick Bell collection of photographs from the 1860s and 1870s.

“It’s nice to be able to spend some real time and not rush through it, but to feel like I can settle into understanding the black history of St. Catharines,” he says.

An assistant professor of History at Central Connecticut State University, Broyld is an expert on Harriet Tubman and has consulted on the Harriet Tubman Underground Railroad National Monument in Maryland.

His time at Brock was made possible through one of about 8,000 grants awarded each year through the Fulbright Program — an American scholarship program that enables American scholars to research and teach abroad, and international scholars to study in the United States.

Broyld is interested in the experience of black women, such as Tubman, coming to Canada during the Victorian era.

“There’s a deeper analysis of Tubman that goes beyond just the racial component of her being in Canada,” he says. “Black women running to Canada was more than an analysis of racial liberation. I think they thought, too, that this was the queen’s soil … What can the queen offer them personally?”

While at Brock, Broyld will be teaching Canadian Studies course CANA3V91 Abolitionist Movements in Canada and the United States, focusing on the transnational nature of the abolitionist movement.

“The abolitionist movement is a precursor to the civil rights movement,” Broyld explains. “There are different schools of thought, different philosophies and different approaches to how to rid yourself of the institution of slavery.”

The course is not just about American slavery, but about understanding Canadian slavery and how newly freed people were incorporated into society. “We’re weaving the two nations together to tell a cohesive story,” Broyld says.

As part of the course, students will be using the Archives and Special Collections of Brock’s James A. Gibson Library as well as material at the St. Catharines Public Library. Students will use 19th century photographs and tin types — images on thin pieces of metal — to learn how material culture can provide a deeper understanding of lived experience.