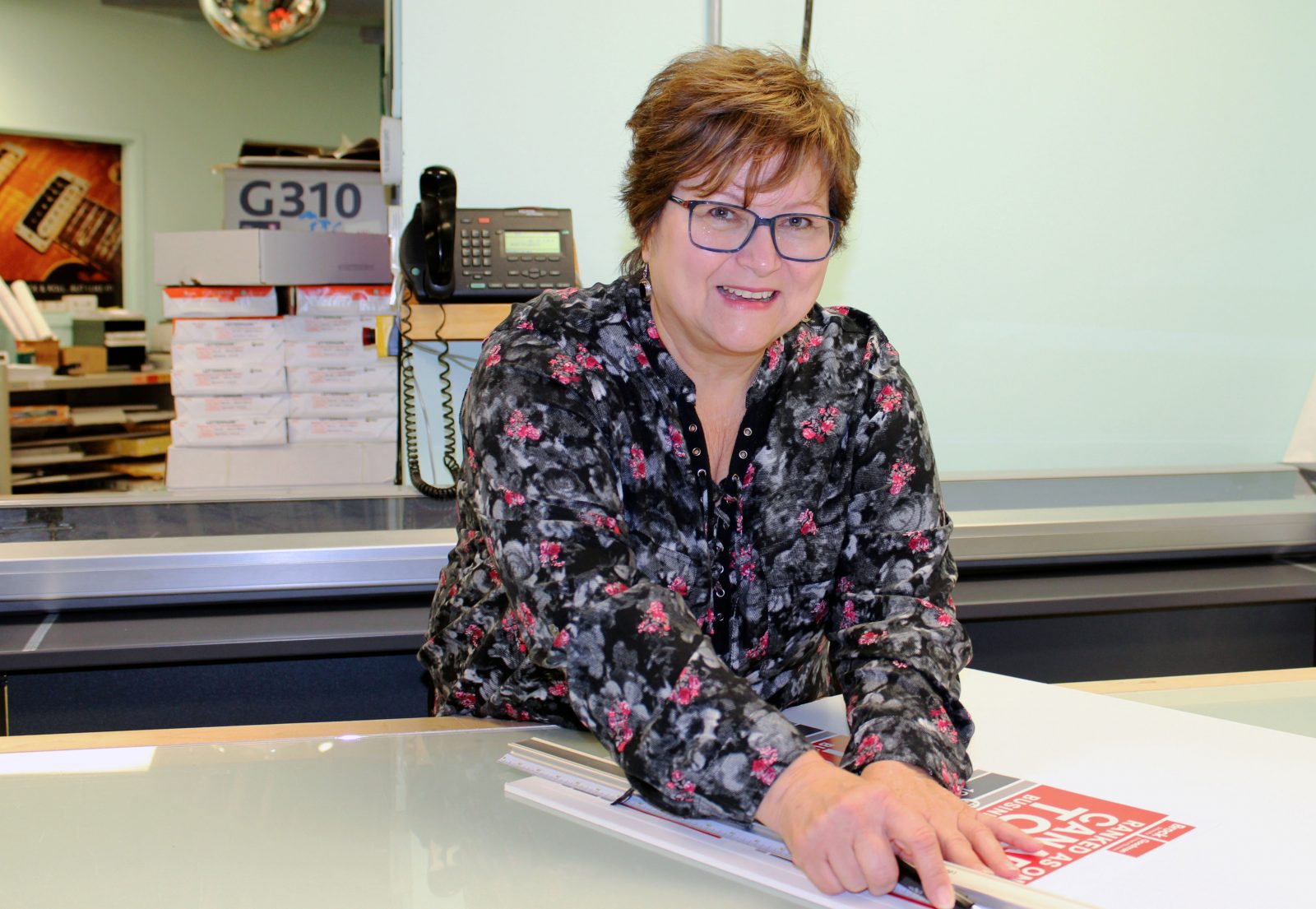 Carol McIntosh, Manager, Printing Services has been supporting an accessible University experience for students for more than 30 years.

Entering the world of printing and having a career at Brock University was never part of Carol McIntosh’s plan.

Born and raised in Niagara, McIntosh had dreams from a young age of moving to the city and studying to become an interior designer. However, as the oldest of three daughters to her single mom, the cost of post-secondary just wasn’t attainable. Instead, McIntosh, now Brock’s Manager, Printing Services, left high school and entered the workforce at a local print shop.

“It was never part of the plan, but it wasn’t far off either,” McIntosh recalled. “Growing up, my grandma worked at the St. Catharines Standard and I always loved the smell in there, the smell of fresh paper and the printing press.”

“The best part about starting the job at Brock was how much more I got to interact with people,” said McIntosh. “To this day, it still is.”

A year into her role at Brock, McIntosh and colleagues sat through a presentation of students sharing sentiments of gratitude for the financial support they received through bursaries and awards that enabled them to enrol at the University.

That day, McIntosh began giving back to the University through ongoing donations designated to student supports. More 30 years later, her contributions continued to provide for an accessible Brock student experience for generations of students.

In fact, each time the University has announced a new scholarship or fund in support of its students, she’s the first to sign up.

“I don’t think I’ve missed a single one,” said McIntosh. “You never know what’s going on for people, especially students, behind the scenes, but I believe there’s always something you can do to help them.”

The Manager of Printing Services is now known and recognized by students, staff and faculty across campus. Despite being in a front-facing role, she is considered a behind-the-scenes hero for her contributions, having a lasting impact on students with varying stories and backgrounds.

As Brock celebrates National Philanthropy Day on Tuesday, Nov. 15, the University recognizes the thoughtful philanthropy that remains foundational to the institution’s overall success.

Sonia Dupte, Executive Director, Development and Campaigns, extended thanks to donors, friends, alumni, faculty and staff like McIntosh, who have been supporting Brock’s ability to provide a student-centred experience for decades.

“It’s important that our supporters know the difference they make for our students, and the possibilities they ignite across our institution, all year round,” said Dupte. “Their impact is felt by students each day and will go on to make a difference in the trajectory of their lives, and what they bring to our communities and ultimately, back to our University. Today, we thank them for that, and the role they play in the philanthropic community.”

To learn more about making a difference at Brock, visit brocku.ca/development/give/