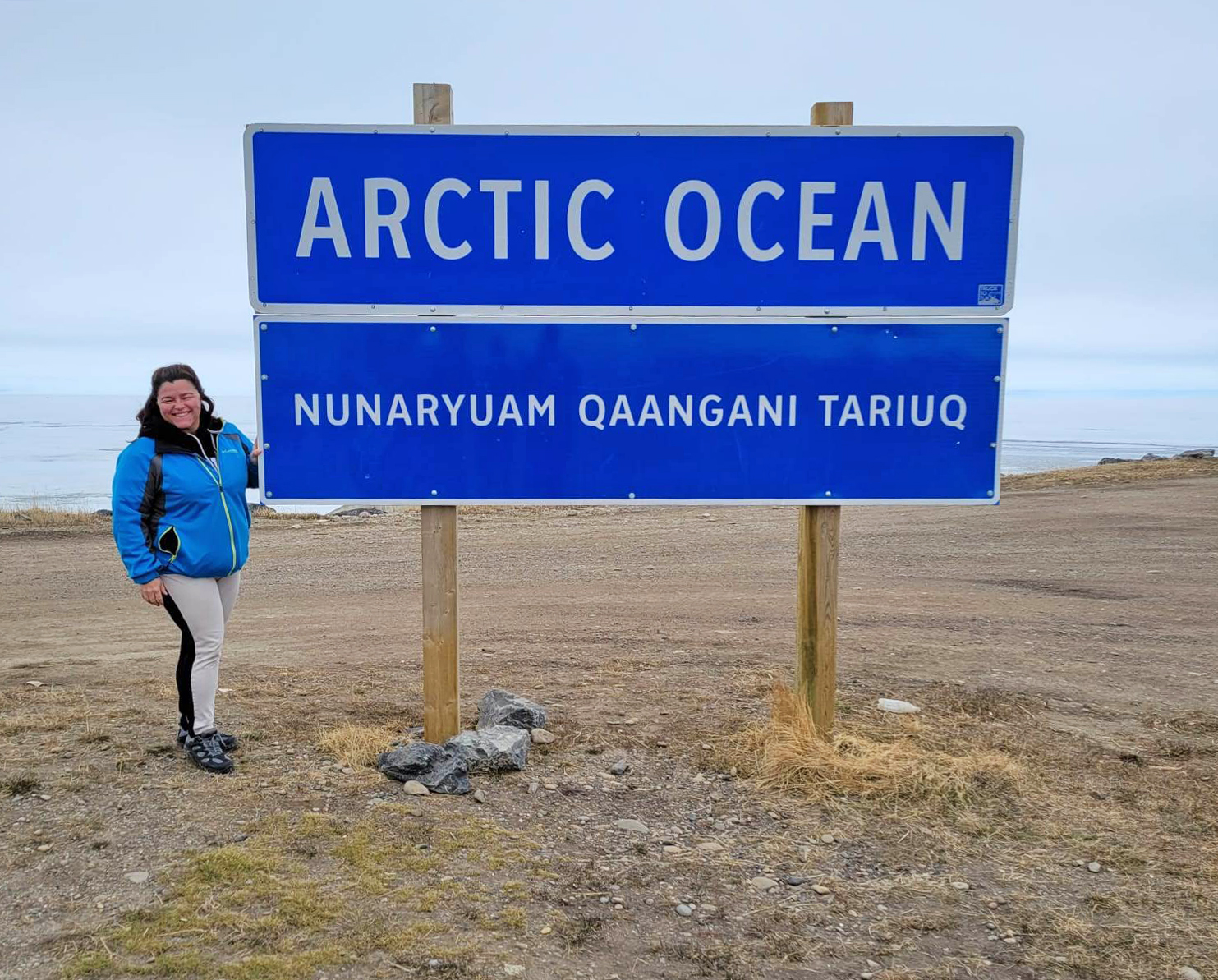 Janet Westbury, an Experiential Education Co-ordinator in Brock’s Faculty of Education, visited Tuktoyaktuk in the Northwest Territories, where she met with Elders, municipal leaders, hunters and other members of the local community as part of the Governor General’s Canadian Leadership Conference.

Though Janet Westbury’s time in Canada’s north was years in the making, she still felt astounded by the scale of her much-anticipated journey.

The Experiential Education Co-ordinator in Brock’s Faculty of Applied Health Sciences recently took part in the Governor General’s Canadian Leadership Conference, which had been postponed since 2020 and aimed to broaden participants’ perspectives on work, leadership, their communities and their country.

To accomplish this, Westbury and 230 emerging Canadian leaders from the business, labour, government, non-government-organization, education and the cultural sectors attended an opening plenary in Huntsville, Ont., before dividing into teams of 14 and heading to various territories and provinces.

Westbury and her teammates went to the Northwest Territories, where they spent nine days visiting various communities and hearing from local representatives on topics such as reconciliation, climate change, innovation, population retention and self-governance. 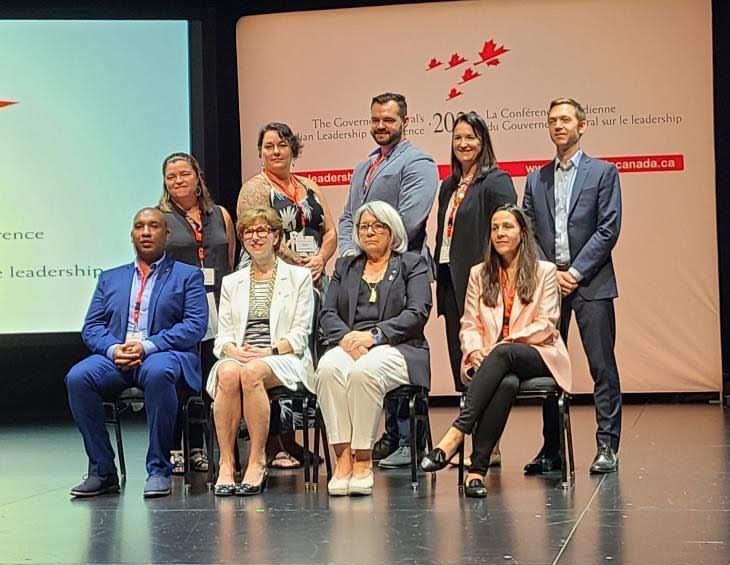 At the National Arts Centre in Ottawa, Janet Westbury (top left) and her group shared the lessons they learned from communities throughout the Northwest Territories during the Governor General’s Canadian Leadership Conference, which was hosted by the Governor General of Canada, the Right Honourable Mary Simon (front row, second from right).

While regularly working and learning together for nearly 20 hours a day, and taking 10 airplane journeys around the territory, the group learned the importance of listening intently to the array of people they encountered, Westbury said.

“It’s so important to not just show up and have a quick conversation and a photo opportunity,” she said. “The thread of trauma was throughout everything, but the resiliency and leadership of the people we met were unbelievable, and we needed to listen to their stories and bring their unheard voices forward.”

While travelling, the group’s initial perception of the region evolved, Westbury said.

“We learned to listen to community, to hear their challenges, their trauma and their triumphs,” she said. “From various Nations to a plethora of industry and sectors, we can certainly look to the north for leadership. For example, I had no idea the Legislative Assembly of the Northwest Territories has no parties and instead the elected individuals reach consensus for every decision.”

Having visited locations such as the territory’s only youth shelter, Home Base, in Yellowknife, the Diavik diamond mine on the tundra and a remote double waterfall outside of Whati, Westbury said each experience forged a part of the presentation they gave to the Governor General of Canada, the Right Honourable Mary Simon, upon their return to Ottawa.

But to do this, Westbury said the team intentionally avoided making any specific recommendations.

“It was about providing a lens into what was going on and ensuring she understood the scope of the programs and the character of the people we met,” Westbury said.

Having shared her experiences with the Governor General, Westbury, who received funding to participate in the program from the Faculty of Applied Health Sciences, is also keen to connect with units throughout the University.

“I have already started to make connections between people there and here,” she said. “Sharing networks and nurturing connections between our northern friends and Brock staff, researchers, students and community members will open a world of opportunities for everyone involved.”