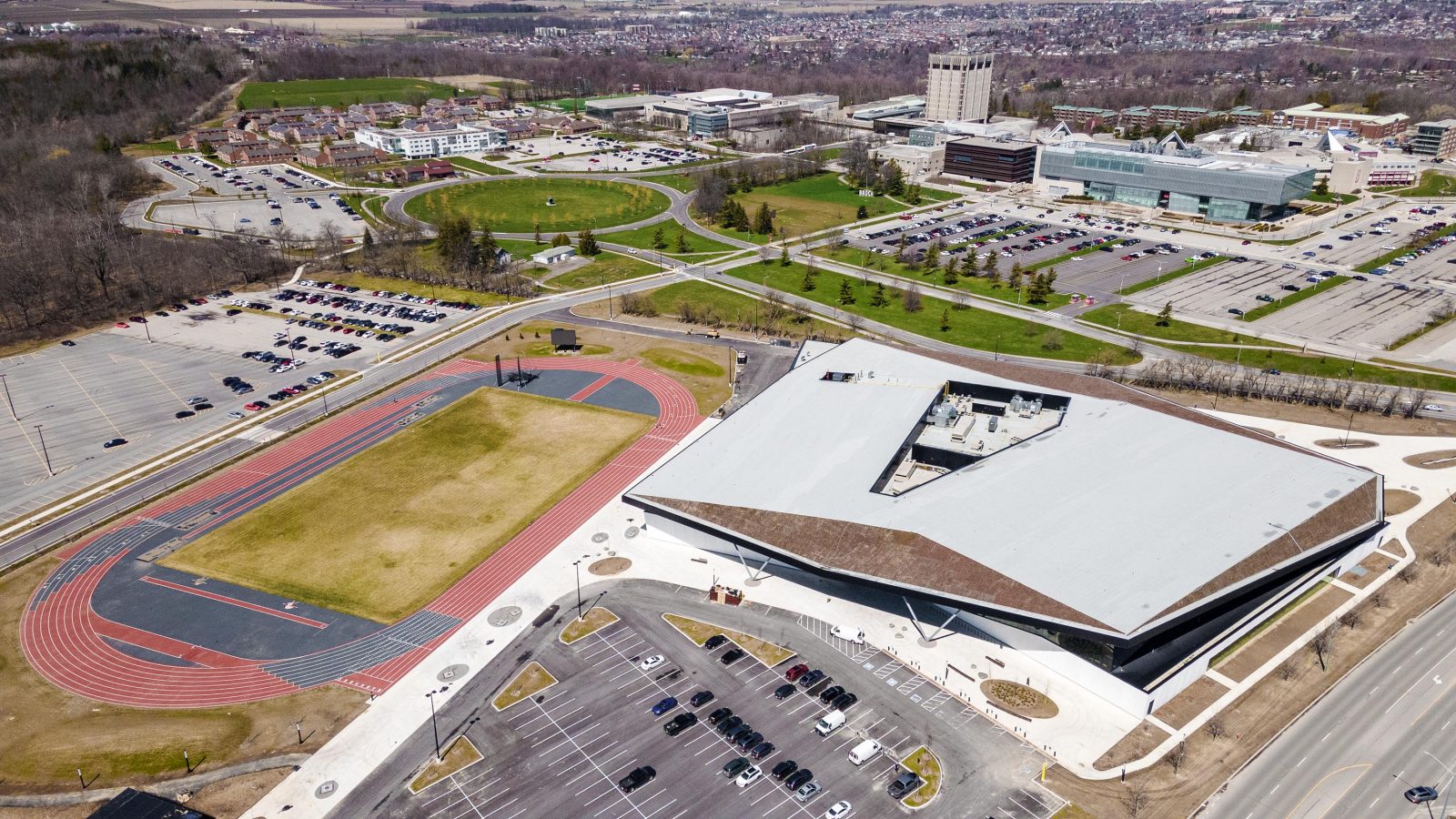 Brock University has been named the Official University Partner of the Niagara 2022 Canada Summer Games, taking place Aug. 6 to 21 across the Niagara region.

The partnership builds on Brock’s longstanding support for the 2022 Canada Games, which began with helping to support the original bid and includes contributing a parcel of land for Canada Games Park and the Walker Sports and Abilities Centre, $3.5 million in in-kind support through the use of University facilities (such as dining areas and residences being used as the Athletes Village) during the Games, a $500,000 financial contribution and a wide range of academic programming taking place before and during the event.

The University will also serve as the Athletes Village for the Games and house more than 5,000 participants (athletes, coaches, managers, technical support) over the event’s two weeks — providing the Games’ participants with accommodations, their main dining hall, a polyclinic where medical issues will be addressed, athlete entertainment spaces and a transportation hub.

Brock has also designed its own commemorative pin, to be given to each athlete, to help celebrate the occasion.

“We are extremely pleased to continue our support of the Games as Official University Partner,” says Lynn Wells, Brock’s Interim President and Vice-Chancellor. “The Canada Summer Games are a significant event for Niagara and will showcase our beautiful community to people across the country. We can’t wait to host Canada’s top young athletes on campus this summer and to see this long-awaited event come to a reality.”

“We are very grateful to Brock University for its continued support and collaboration, which is something the University has provided since our earliest planning days,” said Doug Hamilton, Board Chair of the Niagara 2022 Host Society. “With the 2022 Canada Games fast approaching, we can’t wait to see our collective vision come to life in less than a month.”

The Games will be the largest sporting event ever held in Niagara, and the largest-ever Canada Games, with more than 5,000 athletes competing at venues across the region and in 18 different sports, including the return of lacrosse after a 37-year absence from the Canada Games.

Brock, the Niagara Region, the City of St. Catharines and the City of Thorold will jointly own and operate Canada Games Park following the conclusion of the Games. Learn more about Brock and the Niagara 2022 Canada Summer Games on the University’s website.

Held every two years, alternating between winter and summer, the Canada Games are the country’s marquee event for amateur sport representing the highest level of national competition for thousands of up-and-coming Canadian athletes. The 28th edition of the Canada Games in Niagara will mark just the third occasion in the event’s history that it will have taken place in the province of Ontario and the first time in 21 years.

Tickets for this summer’s Games are currently available for purchase online.