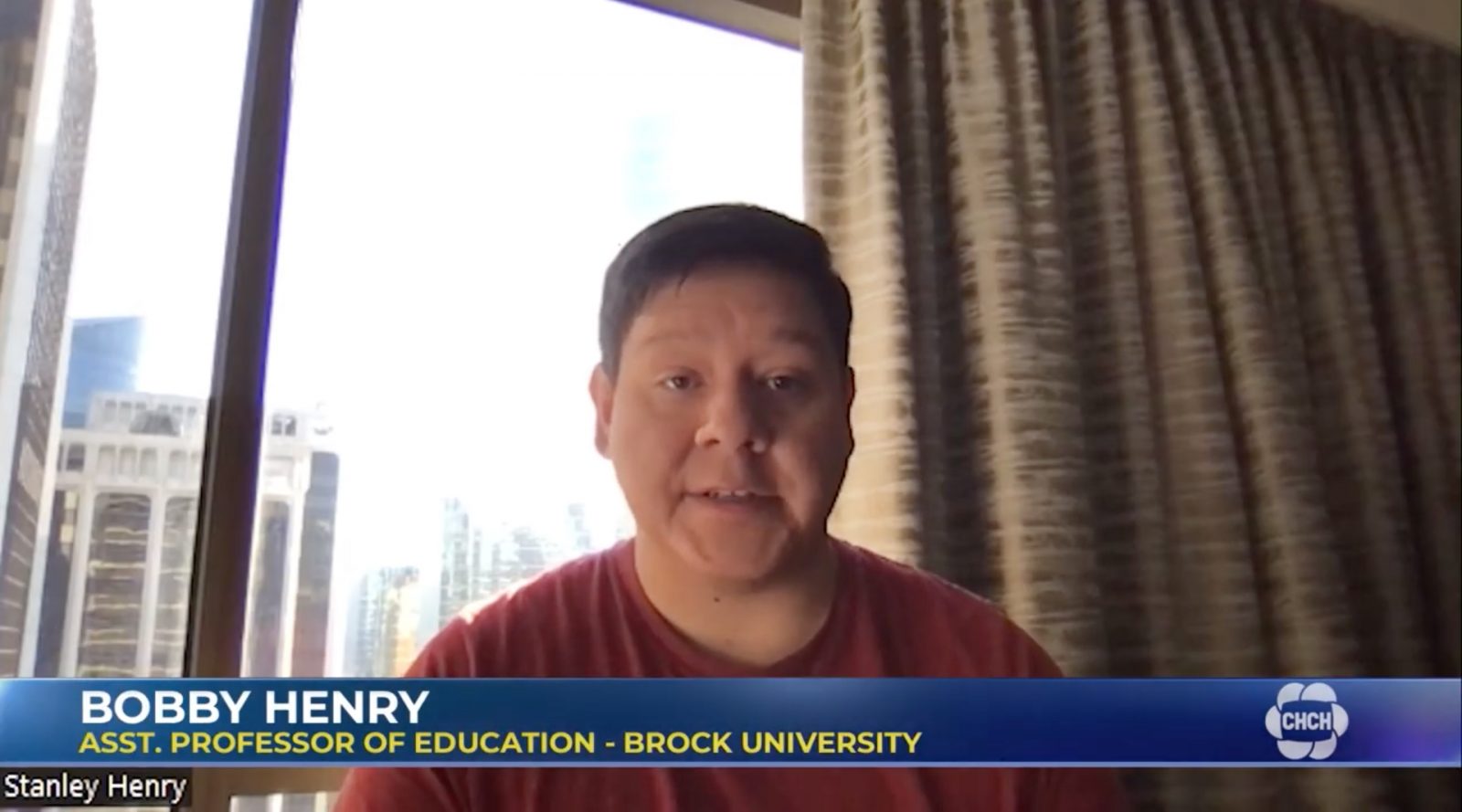 Assistant Professor of Education Stanley 'Bobby' Henry spoke to CHCH about the need for action to follow an apology from Pope Francis related to the Catholic Church's role in the residential school system and colonial violence.

Pope Francis arrives in Canada to apologize for church’s role in residential school system: Assistant Professor of Education Stanley ‘Bobby’ Henry spoke to CHCH and Newstalk 610 CKTB about the need for action to follow an apology from Pope Francis related to the Catholic Church’s role in the residential school system and colonial violence. The Pope’s apology was also discussed on CHML 900 on Monday, July 25 by Professor of Child and Youth Studies Shannon Moore, and Tuesday, July 26 by Assistant Professor of Political Science Liam Midzain-Gobin.

Canadian experts says sexual violence in hockey, other sports has existed for decades: Assistant Professor of Sport Management Taylor McKee spoke to The Toronto Star and CBC about the ongoing allegations facing Hockey Canada related to incidents of sexual violence and a culture of silence that surrounds the sport.

As Europe’s heat wave melts roads, Tour de France races into an uncertain future: Professor of Kinesiology Stephen Cheung spoke to The Washington Post about the need to potentially rethink aspects of the Tour de France to avoid causing harm to the race’s competitors related to extreme temperatures.

Summer of strikes: Looking at the labour movement now: Professor of Labour Studies Larry Savage spoke to the Toronto Star’s This Matters podcast about the factors that are influencing an increase in labour movement action in Canada this summer.

Looking to buy a house in Niagara? New data shows you need an annual income of $147,000 to afford it: Professor of Accounting Fayez Elayan spoke to The St. Catharines Standard about the methods banks use to ensure homebuyers can afford their mortgage.

Shortening pay cycles: Professor of Business Ethics Paul Dunn spoke to Newstalk 610 CKTB about changing technology that will allow workers to be compensated immediately for hours they have worked.