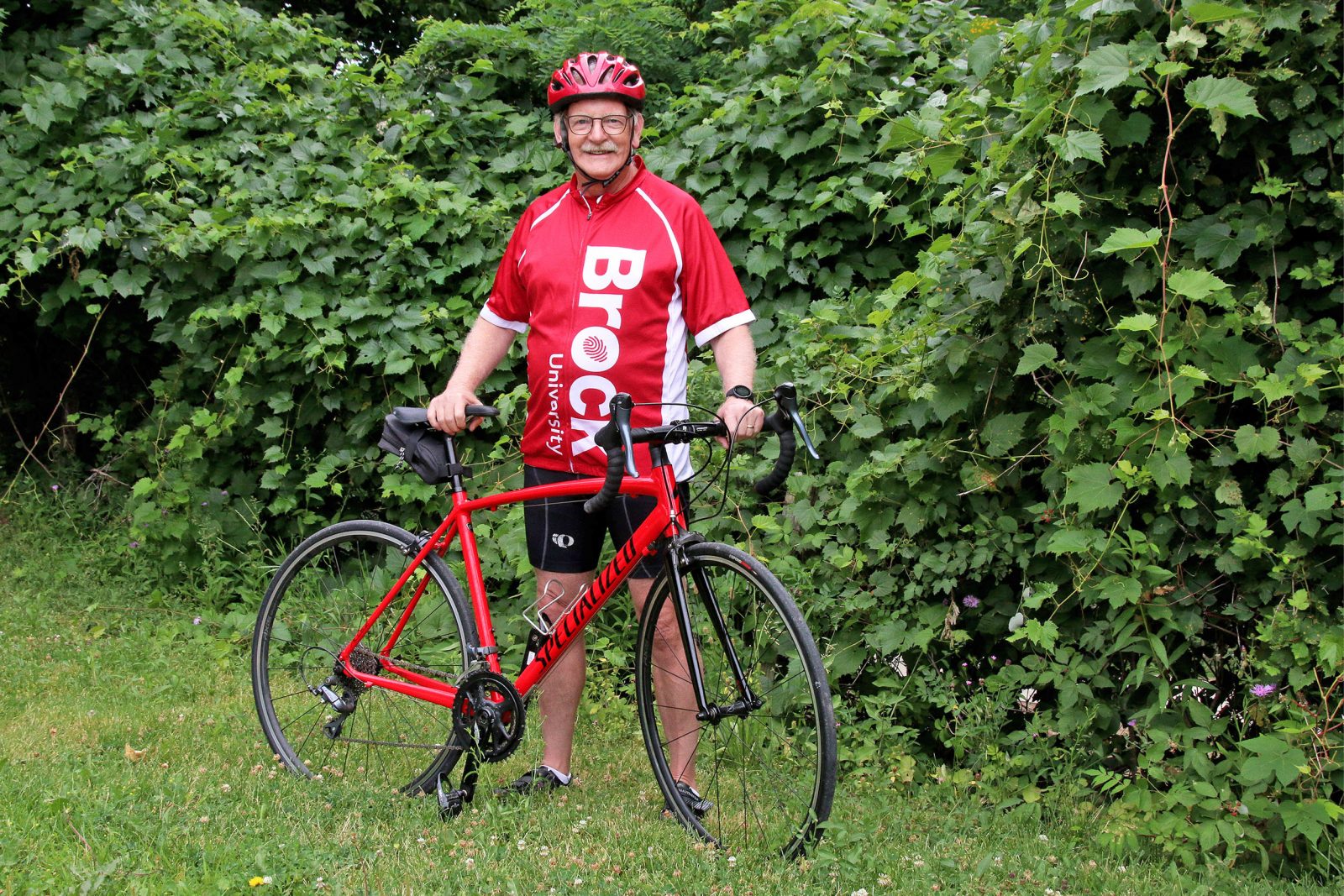 Professor Emeritus Alan Castle is among several Brock University faculty, staff and friends who will be riding in the Big Move Cancer Ride in September.

Gearing up for the Big Move Cancer Ride, the Brock University Cyclones are seeking additional team members and donations.

The team of 10 Brock employees and friends hopes to raise $5,000 for the annual fundraising event hosted by the Niagara Health Foundation in support of the Walker Family Cancer Centre.

This year’s ride, taking place Sunday, Sept. 11, will be the fifth consecutive for Professor Emeritus Alan Castle, who joined the initiative because of a longtime interest in cancer from both a personal and intellectual perspective.

“Cancer affects just about every family in Canada,” he said. “Everyone will be touched by cancer, so it’s important we invest in a solution. There has been tremendous progress made with innovative cancer treatments, and the research for these treatments needs financial support.”

Castle spent more than two decades of his 32-year Brock career teaching a first-year biology course that focused on the genetics of cancer. In the course, students learn that cancer happens when genes mutate, which Castle says is a natural part of living. 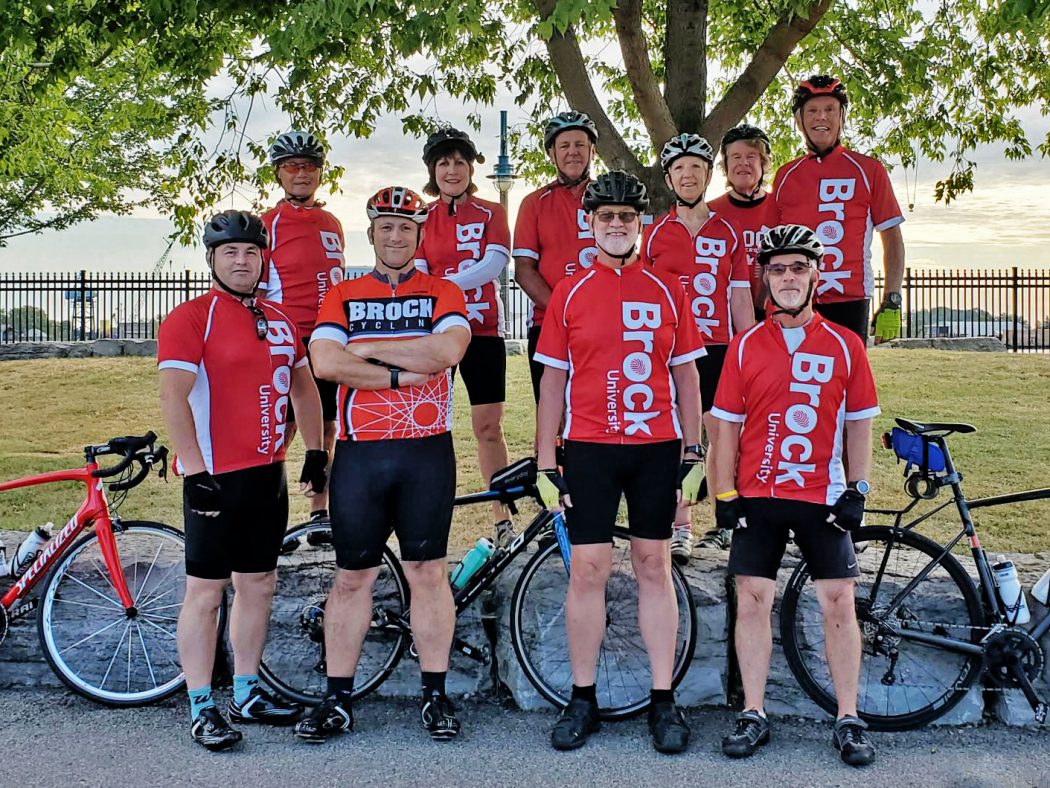 The Brock University Cyclones have been participating in the Big Move Cancer Ride for 12 years. Some members of the 2021 team pose for a photo along the Welland Canal in St. Catharines.

“Humans have a long lifespan and during that time genes that are essential for normal growth and development can mutate as a result of metabolism and exposure to environmental factors that damage DNA. As such, cancer is a highly predictable outcome,” he said. “The best we can do is reduce the risk of cancer. The more we understand about the environmental hazards and other factors that can lead to cancer, and the more we learn about the gene mutations related to cancer, the better options we will have to further reduce the risk and to treat cancer.”

On Sept. 11, Castle will be riding a 50-kilometre route, but participants can also choose from a 25- or 75-kilometre route as well as a 12-kilometre ‘family ride’ route targeted at younger or inexperienced riders. There is also a virtual option for those who prefer to choose their own route and ride day.

“What I like about the Big Move Cancer Ride is that it’s a very social event,” Castle said. “It’s not a competitive ride by any stretch of the imagination. Many of us chat with each other while we ride along at an easy pace. It’ll be a beautiful day to get outside, get some exercise, meet new people and support a good cause.”

Anyone who joins the Brock Cyclones team and raises $500 or more will receive a Big Move Cancer Ride jersey as well as additional perks and swag available through event organizers.

Over the past 12 years, the Brock University Cyclones has collectively raised more than $150,000, with many of its members individually raising more than $10,000.

Anyone wishing to join or donate to the Brock University Cyclones team are invited to do so through the Big Move Cancer Ride website.