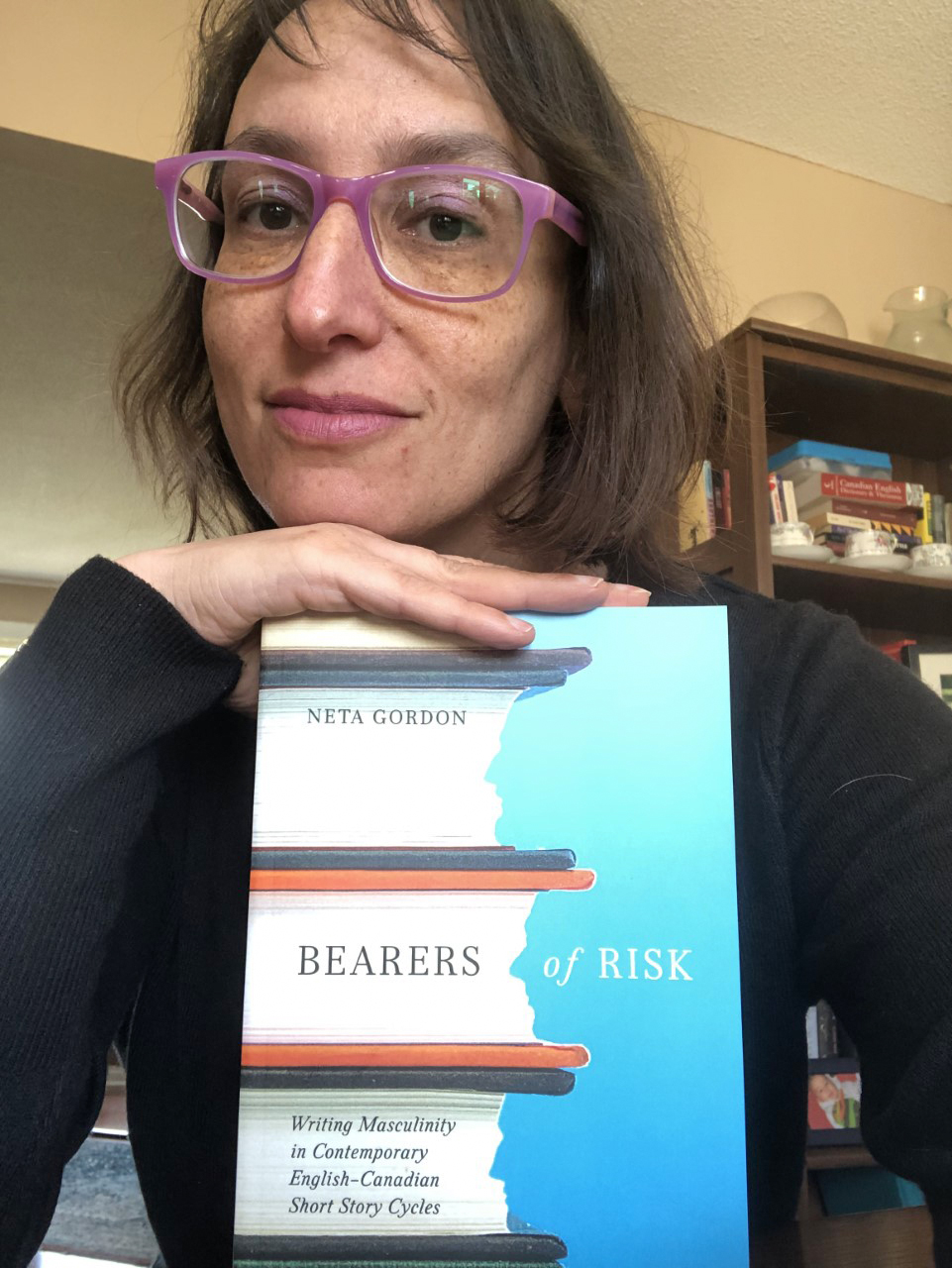 Bearers of Risk by Brock University Professor Neta Gordon examines the construction of Canadian masculinity identity in nine short story collections from the first decade of the 21st century.

In her new book, Neta Gordon examines the construction of Canadian masculinity and its presentation in short stories.

In Canadian literary studies, the short story is often thought of as a marginalized or minority genre. Gordon, a Professor in Brock University’s Department of English Language and Literature and Associate Dean for the Faculty of Humanities, was interested in how men presented themselves as marginalized, threatened and in crisis through this genre.

“It becomes a strategy of centring certain voices that present themselves as victims and the masculine figure as worthy of central attention,” says Gordon.

Bearers of Risk: Writing Masculinity in Contemporary English-Canadian Short Story Cycles examines nine short story collections from the first decade of the 21st century and how authors play with and critique the way crises in masculinity are being centred. The book offers a vocabulary for discussing why these figures are interesting.

Although the book has been in the works for 15 years, its discussion is relevant to the current rhetoric of masculinity in Canada.

“The rhetoric used by the Freedom Convoy folks — ‘We’re just protecting Canada,’ ‘This is our civic duty,’ ‘We’re sacrificing ourselves for you’ — this rhetoric being used by the people who have always had power in this country to bring the country to a standstill is exactly the figure I am talking about,” says Gordon. “Canadian masculinity masquerades as dutiful, sacrificing and community-orientated, not the risk-taking hero of American culture.”

The book comes out of a fourth-year course on Canadian short stories Gordon taught that looked at books written about men on fatherhood, boyhood and men’s sexuality. At the time, she noticed that students struggled to see the male characters as having an identity. This led her to think more deeply about how the construction of masculinity within the stories related to the post-9/11 decade, which was marked by insecurity and fears of crises in masculinity.

Gordon also examines the short stories in the context of Canadian literary criticism and prize culture.

Her data analysis of Canadian short story prizes awarded between 2000 and 2010 showed that almost all the male winners were heteronormative white authors, despite the genre’s reputation of featuring minority voices.

Gordon hopes the book provides readers with a way to look at the masculine “bearer of risk” figures, the dutiful, civil, sacrificing, Canadian masculine identity who occupies the centre of attention as a form of civic duty.