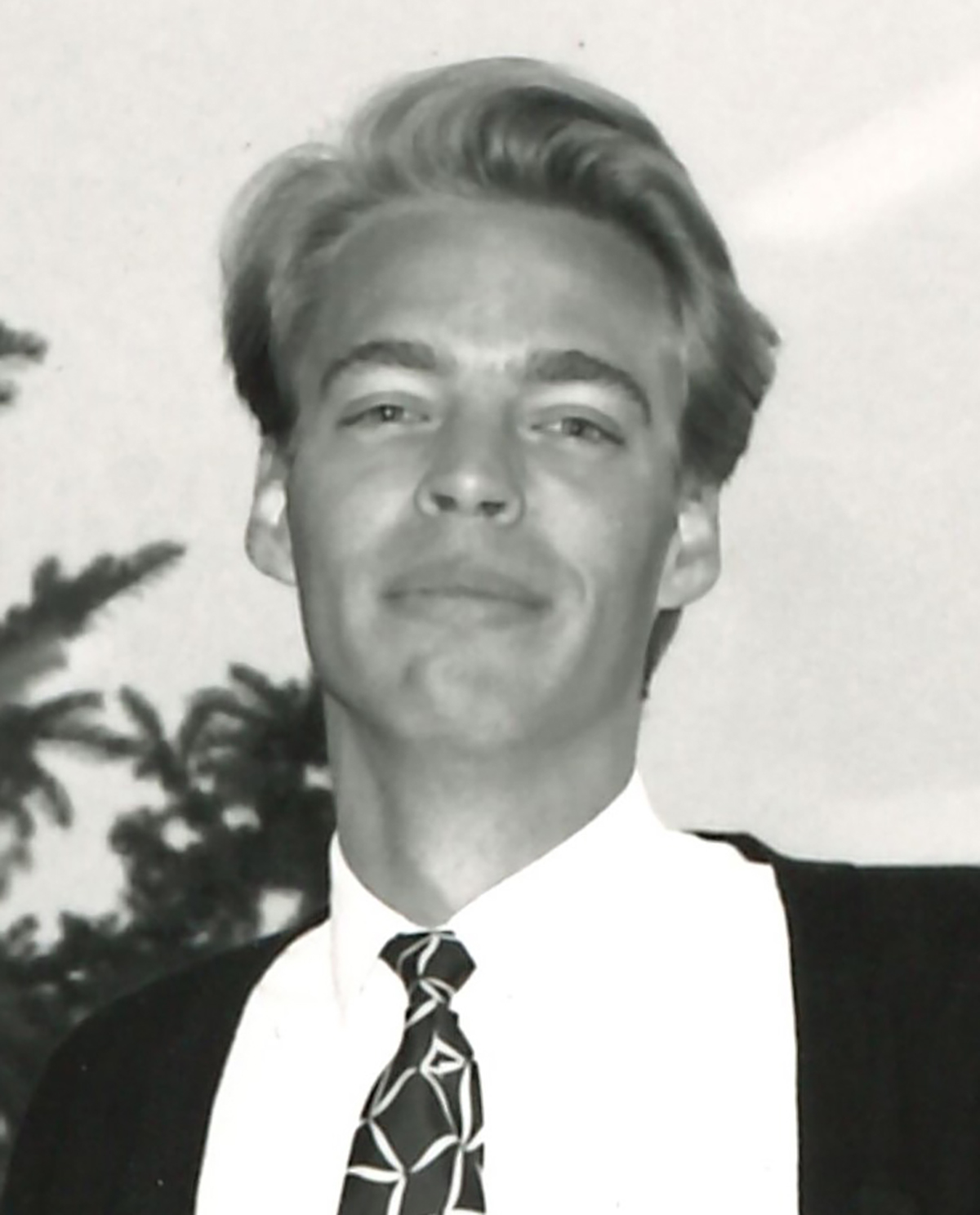 Former Brock University Deputy Registrar Kevin Kiss has passed away. Photo taken in 1990, the year he started his 23-year career at Brock.

Kiss had a long history with the University, joining Brock in 1990 as a Liaison Officer with the Office of External Relations. Over the next decade, he took on several roles, including Student Academic Advisor; Scholarships Officer; Assistant Registrar, Records; and Associate Registrar, Records. In 2002, he was appointed Deputy Registrar.

In 2013, he left the University to manage a winery boutique in Niagara-on-the-Lake, and then pursued entrepreneurship by opening a storage business.

During his 23 years at Brock, Kiss was instrumental in the execution of Convocation ceremonies and in the development of the Smart Start first-year student orientation program.

Carly Dugo (BA ’16, BEd ’16), Recruitment Officer, Campus Initiatives, was one of several Smart Start student ambassadors coached by Kiss. She said she benefited from his leadership skills during her second and third year of studies.

“Kevin was always a selfless leader who had a positive and lasting impact on many students, including myself,” she said. “Kevin always pushed people out of their comfort zone and instilled confidence in them. He brought out the best skills and attributes in people by guiding them to discover their full potential.”

In 2009, Kiss was honoured with the President’s Distinguished Staff Service Award for Outstanding Contributions, which recognizes individual ongoing staff members who have demonstrated exemplary service or contributed to the working environment at Brock at a level significantly beyond normal expectations.

A private mass and rite of committal have taken place. Memorial donations can be made to St. Andrew the Apostle Church in Welland or to a charity of one’s choice.