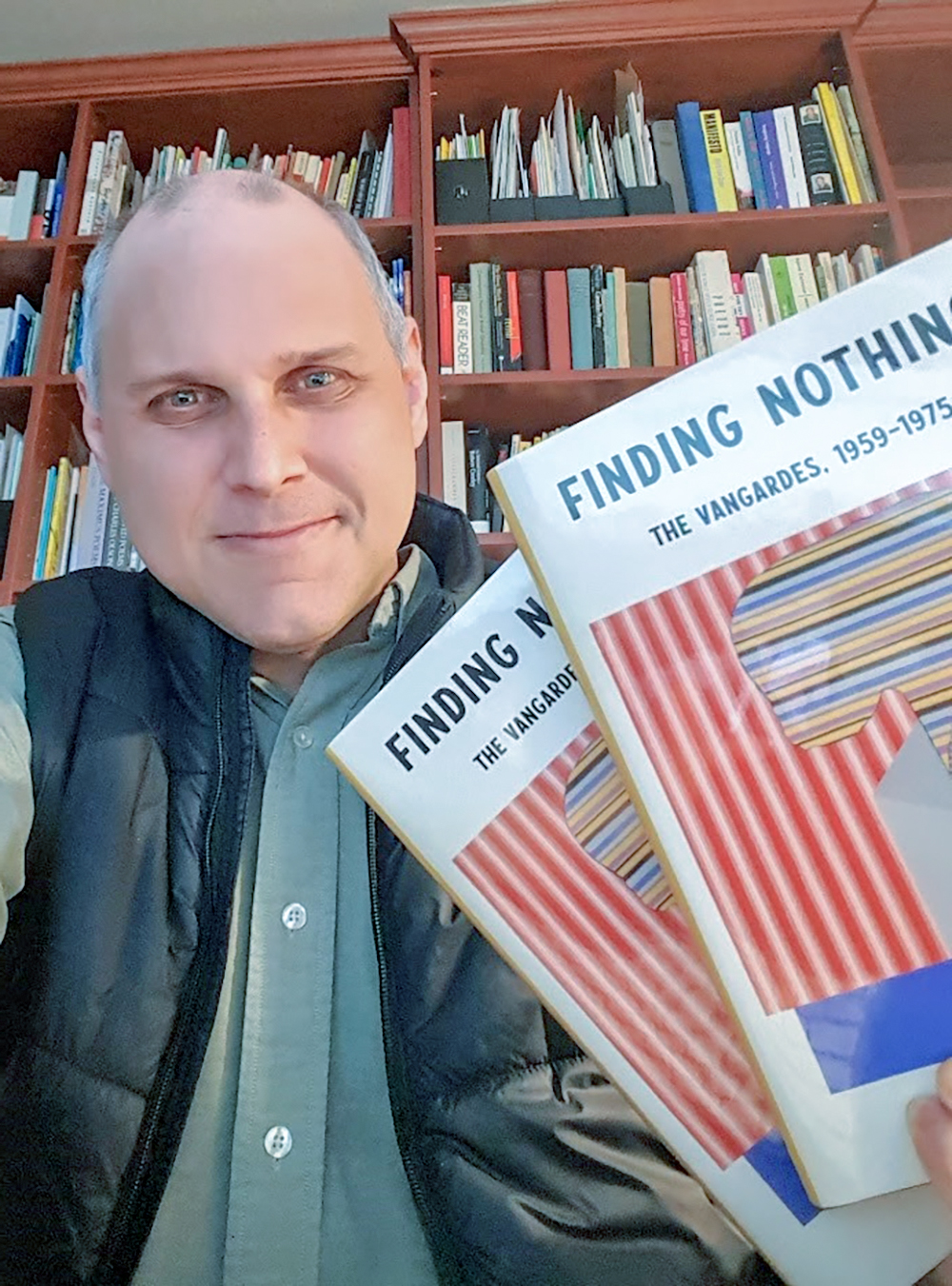 Gregory Betts, Professor with Brock’s Department of English Language and Literature, won the 2022 Basil Stuart-Stubbs Book Prize for Outstanding Scholarly Book on British Columbia from the University of British Columbia library for his book Finding Nothing: The VanGardes, 1959-1975.

It was a decade in the making, but Gregory Betts’ latest book is an award winner.

The Professor with Brock University’s Department of English Language and Literature has won the 2022 Basil Stuart-Stubbs Book Prize for Outstanding Scholarly Book on British Columbia for his work on Canada’s avant-garde movement in Vancouver from 1959 to 1975.

Finding Nothing: The VanGardes, 1959-1975 examines how Vancouver was a key site for cultural transformations that spread across English-speaking Canada.

The book was recently honoured with the Basil Stuart-Stubbs award, which is presented annually by the University of British Columbia (UBC) library to recognize the best scholarly book published by a Canadian author on a B.C. subject.

“What this book shows, I hope, is that there’s always more to the story. There is more complexity to the art production in communities than we tend to assume,” says Betts. “Canada’s culture isn’t just Tim Hortons and hockey.”

During the decade he spent digging through archives, basements, attics and personal records in British Columbia and Ontario, Betts discovered an overwhelming amount of information about cultural groups in Vancouver, including Indigenous people, the modernist writers in the 1930s and ’40s who established the writing school at UBC and the later modernist group, followed by waves of experimentalists, surrealists, feminists and neo-dadaists, alongside many interdisciplinary artists and writers. Teasing out the transnational connections and flow between these groups took time.

“There were gaps between the groups — and even a little bit of competition between them,” Betts says. “There were battle lines and some people didn’t like each other, creating even more entrenched solidarity within these groups.”

His book explores how these writers and artists gradually began to turn away from colonial erasure to accepting a more humble place in the world, he says.

“Finding nothing becomes another way to think and imagine that 1960s turn when, all of a sudden, they started to think about space and how to occupy space and reflect on that space without erasure. That’s really an important shift in post-colonialism in Canada,” says Betts.

The book focuses on avant-garde writing of the period, which Betts describes as “consciously interdisciplinary, pushing new boundaries and creating new spaces for intersections of art and life.”

The volume incorporates more than 130 images of examples as well as original texts and interviews.

“The story laid out in this book, which is at once coherent and many-dimensioned, represents a huge volume of research material that has been thoroughly examined and analyzed,” says Susan Parker, UBC’s University Librarian. “The book models what deft handling of complicated subject matter and materials should be. We are pleased to recognize Dr. Betts’ book with the Basil Stuart-Stubbs Prize.”

For Betts, the award is a positive reminder that academic research is a part of a larger conversation.

“You look up from collecting such a massive amount of material and it is easy to get overwhelmed and forget you are working towards something,” he says. “You can also forget that you are participating in a conversation with a wider community of people deeply invested in the area. After all that, it’s really nice to know it’s getting a positive reaction in the world.”