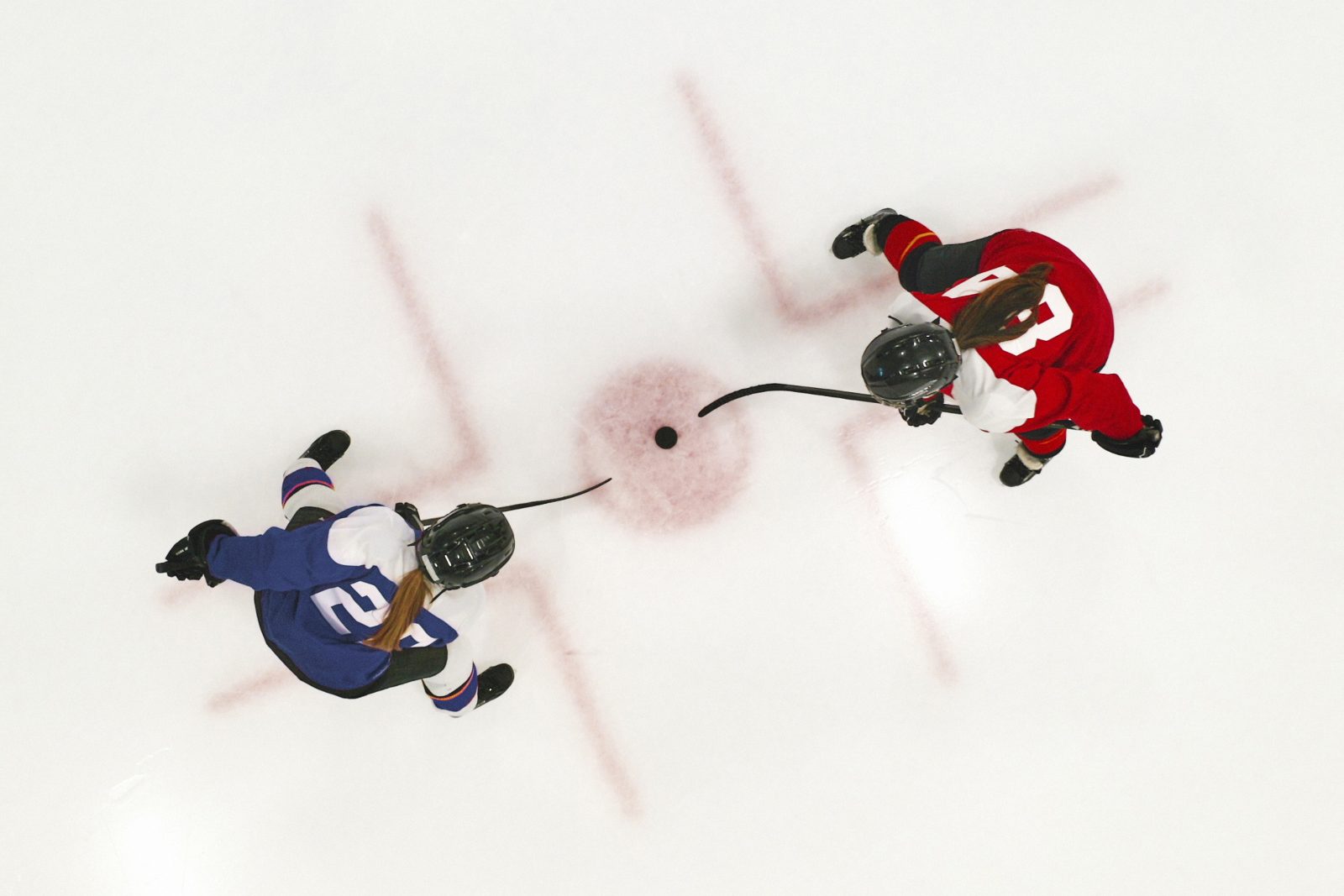 The latest women’s hockey rivalry between Canada and the United States shows how far the sport has come, and where it’s going.

Despite the 13-hour time difference, viewers across North America stayed up late to watch Canada win gold over the United States on Wednesday, Feb. 16.

Those who listened to the CBC broadcast heard a sprinkling of advanced hockey analytic lingo dropped by colour commentator Cheryl Pounder and Bryan Mudryk on play-by-play.

The game was fast and fierce. The broadcast crew used terms such as zone entry assists, slot pass distribution, expected goals and variance to describe the game.

Although there’s still a lot of work to be done to grow women’s hockey, the coverage was a reflection of the game’s evolution and sign of where it’s headed.

Data scientist and Brock University graduate Meghan Chayka (BBA ’12) has played an integral role in helping women’s hockey grow with the help of her hockey analytics company, Stathletes, which she co-founded with Neil Lane.

Stathletes works with NHL teams and leagues worldwide to systematically break down all facets of the game to provide insight into player and team performance.

“Women’s hockey analytics is evolving in the public and private sphere,” Chayka said. “We look forward to contributing even more in the future as the industry grows. These are elite-level athletes who deserve to have adequate tools to compete as such.”

It’s no secret that the women’s game lacks a lot of financial and proper infrastructure support. Yet, the sport of women’s hockey possesses one of the greatest rivalries in sports: Canada versus the United States.

The longstanding rivalry has become must-watch television. In their first matchup of the Beijing Olympics, 1.3 million viewers tuned in to Canada versus the United States women’s hockey game on Feb. 7, setting CBC’s largest late-night audience so far during the 2022 Games.

Olympic women’s hockey made its debut in 1998 Nagano. Since then, Canada has competed for gold in all seven Winter Olympic Games.

The legendary rivalry has spanned over two decades and has featured more than 100 players from Canadian universities and the United States’ college hockey programs.

Brock women’s hockey head coach Margot Page, who was part of the gold-medal winning coaching staff at the 2006 Winter Olympic Games in Torino, Italy, said it’s pivotal to keep stoking the fires of enthusiasm for the sport.

“Whenever the Olympics come around, there’s a spike in interest because the women’s game is so wonderful to follow,” Page said. “When people watch the game, they love it, but overall interest dwindles down and disappears after the Olympics are done.”

Page played for the Canadian national women’s team from 1989 to 1994 and has won three gold medals at the International Ice Hockey Federation (IIHF) Women’s World Hockey Championships. She’s also coached the National Women’s Under-22 team to back-to-back gold medals in 2003 and ’04.

“I was there when we had nothing, and although we’re the last rung on the ladder for many things, it’s better than it was,” Page said. “It might take another 10 years, but we’ve only come this far because women in sport have become vocal about demanding more. We deserve more recognition and professional leagues. We deserve better training, facilities and ice time. We are elite.”

The Toronto Star recently published a column titled ‘Why women’s hockey doesn’t belong in the Olympics,’ which argued the current state of the international game lacks parity and is lopsided in favour of these two hockey superpowers.

The Canadians train full time in Alberta; the Americans in Minnesota. These rosters play together for six months leading up to the Games.

It’s a different story for other national hockey programs across the globe.

Hsu completed her undergrad in Mechanical Engineering and master’s at the Rochester Institute of Technology. She’s in her first year of doctoral studies at Brock and took time out of her busy schedule to compete for the Taipei women’s hockey team in the Olympic Games Qualification tournament in Italy this past October.

Although Taipei lost in the Qualifiers, Hsu said the experience transcended the sport for her and her teammates.

“It’s hard to describe what it means. Whenever people find out I play for my national team, the response is usually ‘That’s amazing. You must be so proud,'” Hsu said. “We don’t have a lot of girls or women who play hockey in Taiwan, so there isn’t a lot of competition.”

According to 2020 data from the IIHF, just over 110 females are playing hockey in Taipei. Hsu said it’s been a long road for women’s hockey in Taipei, as there’s only one IIHF standard ice rink in the entire country — and it’s reserved each day for public skating from 8 a.m. until 9 p.m.

Outside of those hours, organizations can put their name into a reserved lottery system. Hsu said the women’s hockey team usually battles figure skating and speed skating for time-slots, and is lucky to be on the ice once a week.

“We can’t compare to the talents other countries have. Making the team isn’t the special part, but rather representing my country on the international stage,” Hsu said. “Due to multiple political reasonings, we can’t use the name Taiwan, our national flag or our national anthem at international competition. It’s something that cuts very deep in my heart. Because of that I want more than anything to represent Taiwan and have a chance for the world to see us.”

At 24 years old, Hsu is the most senior on the team, which started in 2014. She said the team often doesn’t have enough players, and most who try out make the team. This past year was the first time Taipei had so many interested players that they were forced to make cuts.

“We see more girls wanting to play hockey, but it’s a slow process. Win or lose, we always support each other. It’s a sense of belonging,” Hsu said. “We still lack a lot of support and resources. At least now we have a federation that is supportive of the team and is willing to push the sport.”

Olympic hockey sparked Hsu’s passion for the sport, and it was reinforced when she went to a women’s hockey camp in Sweden.

“I met several players on the Swedish national team,” she said. “They shared pictures and stories from when they were in the Olympics, and that’s when my dream started.”