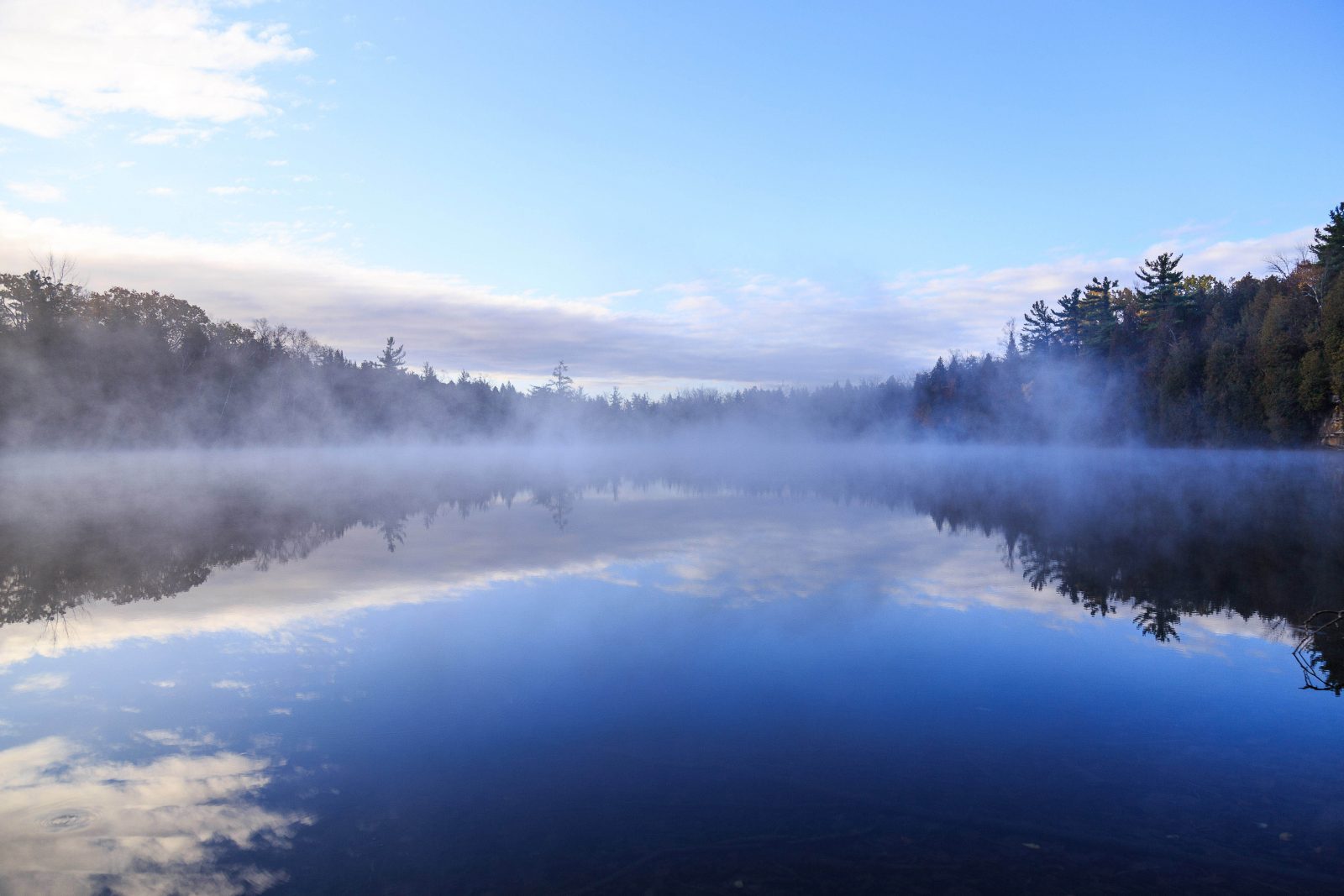 When Brock University researchers travel to Crawford Lake Conservation Area this weekend, they will do so in hopes of collecting samples that will define the Anthropocene — the next age of humanity and a new epoch.

Brock University’s Faculty of Mathematics and Science has a storied history at the Milton, Ont., site. Research began in the 1970s by now retired Biological Sciences Professor Mike Dickman, who studied the calm waters of the deep lake.

Work at Crawford Lake has continued since, and may take a significant step forward on Sunday, Feb. 20.

Earth Sciences Professor Francine McCarthy and fellow researchers will collect freeze-core samples — one of which will be curated at the Canadian Museum of Nature’s cryogenic facility — with the hopes one will be the ‘golden spike’ to define the Anthropocene Epoch.

McCarthy’s fieldwork is part of a multi-institutional effort from across Canada to support Crawford Lake’s candidacy for the potential site of the Anthropocene.

“To define a new geologic epoch, scientists must establish a Global Stratotype Section and Point, sometimes referred to as a ‘golden spike,’” said McCarthy. “A golden spike is an internationally agreed-upon location with a reference point in a section of rock or sediment layers that signals the beginning of a new episode in the geologic time scale.”

At Crawford Lake, annually laminated sediments called varves form from the accumulation of dark organic matter after organisms in the upper water column die, mainly in fall and winter, and tiny calcite crystals that form when the water is sufficiently warm in the summer gradually sink to the lakebed. This allows sediment layers to be precisely dated, much like tree rings.

The samples are recovered through freeze-coring — a process that involves dropping a dry ice and ethanol filled metal sampler into the lakebed, freezing a rind of sediment to the sampler.

Because the boundary between the Holocene and Anthropocene would be deep underwater, the freeze-core sample is used instead of a physical spike inserted into a rock layer.

A sample taken Sunday, potentially containing the Anthropocene’s ‘golden spike,’ will be preserved at the Canadian Museum of Nature.

“It is important for academics and Earth Science researchers to have direct access to the sample containing the spike,” he said.

McCarthy and Head are both members of the Anthropocene Working Group (AWG) of the International Subcommission on Quaternary Stratigraphy (ISQS). They are tasked with helping solidify the definition of the term Anthropocene and part of the voting committee deciding which locations will be submitted to the International Commission on Stratigraphy for inclusion as the most recent epoch in the Geologic Time Scale.

The public is welcome to witness the sample collection at Crawford Lake, including a viewing of the cores at the conservation area’s Visitor Centre. Visitors can observe the coring from viewing locations along the boardwalk around the lake. McCarthy will also be available at the on-site Interpretive Centre at times in the afternoon to answer questions about the research and significance of the event.

What: Witness the collection of freeze-core samples for the Canadian Museum of Nature’s cryogenic facility. Please note, visitors are not able to walk out onto the ice to observe the coring but can watch from viewing locations along the boardwalk around the lake.

Please note, there is a fee to access the conservation area and reservations are required as space is limited. For more information, visit the Conservation Halton Parks website.