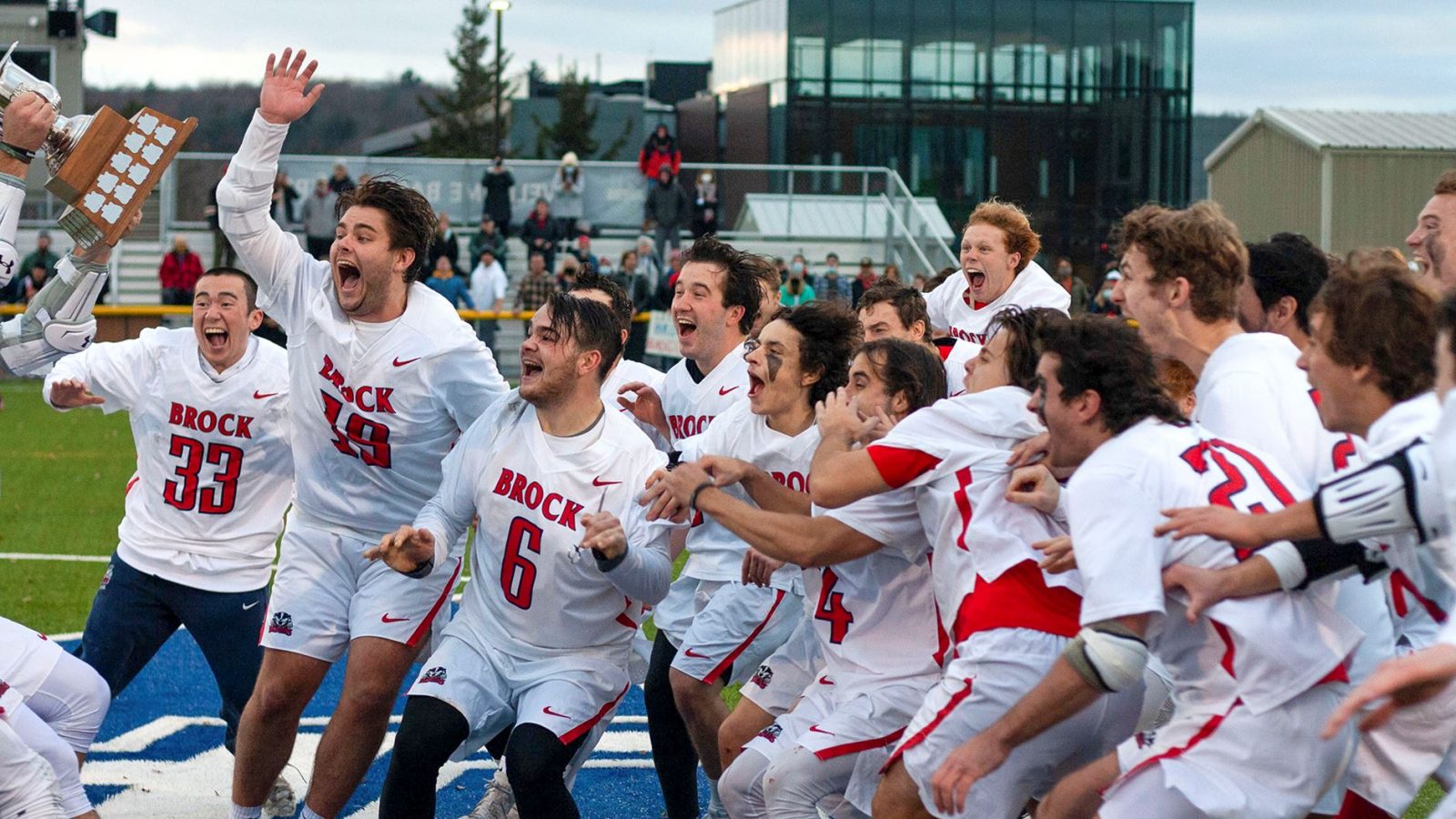 The Badgers narrowly defeated the Guelph Gryphons 10-9 in overtime during the championship game at Nipissing University in North Bay.

“It’s surreal. I knew my guys had worked hard all year from the first tryouts to the last shot of the year,” said Head Coach Vince Longboat. “I believed in these men from the beginning. It’s the culmination of a goal we set from Day 1, and the goal was accomplished today.”

Longboat said his first season as head coach of the Brock men’s lacrosse program was unforgettable.

“Our Athletic Director Melissa Krist allowed me to come in and select my coaches, who were amazing,” he said. “This was a total team effort from the student-athletes to the assistant coaches, the athletic therapy staff and to the staff in the equipment cage.”

Brock held an early 7-4 lead. However, Guelph worked its way back into the game as both teams traded goals right down to the wire.

But it was Badgers’ player Aidan Buis who scored the game-winning goal in overtime.

“As a team, I can’t even put into words what the men on this team are feeling. This is hands down the hardest working group I have ever been a part of,” said senior goalie Simon Bellamy, who was named the tournament’s top goalie. “We never give up. That’s what it takes to win a championship. These men captured greatness today.”

In overtime, Mitchell Gustavsen won the faceoff, and the Badgers worked their way up the field and found an open Buis, who promptly fired the ball into the back of the net for the game-winning goal.

“Gussy won the draw, and the ball ended up coming back to me. I had a nice open shot and from there it’s history,” said Buis, a second-year Oenology and Viticulture student. “This team was incredible this year. From the coaching staff down the roster, I could not be more proud of them. Roll Badgers. The Cup comes home.”

The Badgers have reached the final 26 times and haven’t hoisted the Cup since 2009.

Buis and Joshua Rex each finished the night with hat tricks. Jeffery Wittig scored twice while Nathan Braniff and Boedy Shields each added a goal.

“I’m most proud that every man never quit, and they never doubted themselves,” Bellamy said. “They fought to the end and have always been warriors. Now we are champions.”