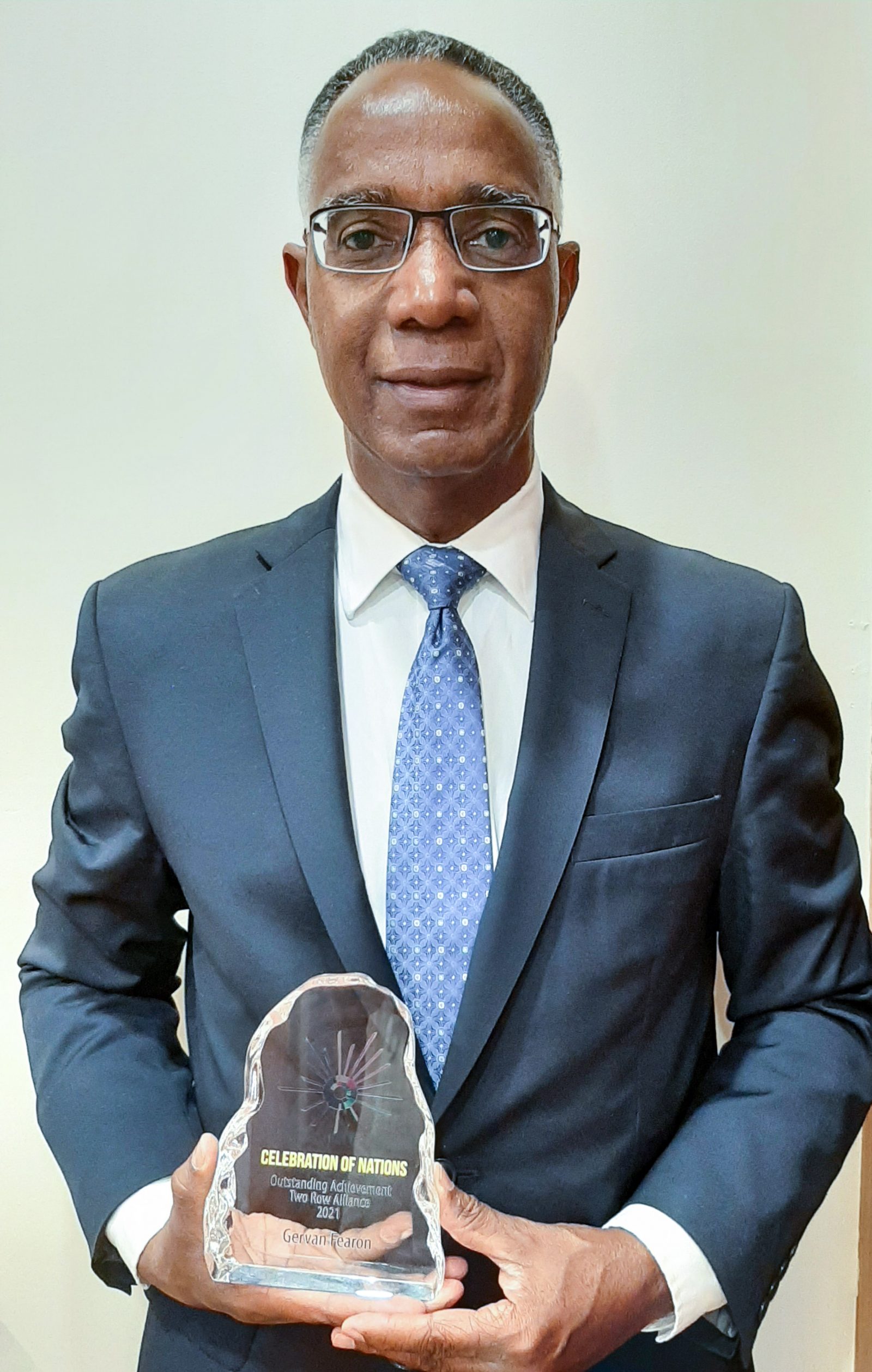 Former Brock University President Gervan Fearon is being recognized by Celebration of Nations for his strong commitment to Indigenous communities.

Fearon, who became President of Toronto’s George Brown College in August after four years at Brock’s helm, was recently named the 2021 recipient of the Outstanding Achievement Two Row Alliance award.

Celebration of Nations, Niagara’s annual Indigenous arts gathering that celebrates creativity, diversity and resilience, presented Fearon with the honour for his “commitment and dedication to ethics and shared values, to high standards of conduct and faithful partnership,” the organization said in a media release.

“Although he recently began a new position as President of George Brown College, we couldn’t allow him to leave the area without expressing our acknowledgement of his contributions and sincere appreciation for everything he’s done to create bridges of understanding, to advance truth and reconciliation,” the release said.

Fearon was one of six Outstanding Achievement Award recipients who were honoured in different categories.

The Celebration of Nations Outstanding Achievement Awards were determined by a committee comprised of event founders Tim Johnson, Michele-Elise Burnett, Sara Palmieri and Annie Wilson. The committee will be expanded next year to include previous award winners both as nominators and decision-makers for the 2022 awards.

The fifth annual Celebration of Nations took place in St. Catharines from Friday, Sept. 10 to Sunday, Sept. 12 with both in-person and livestreamed events, concerts, workshops and teachings.