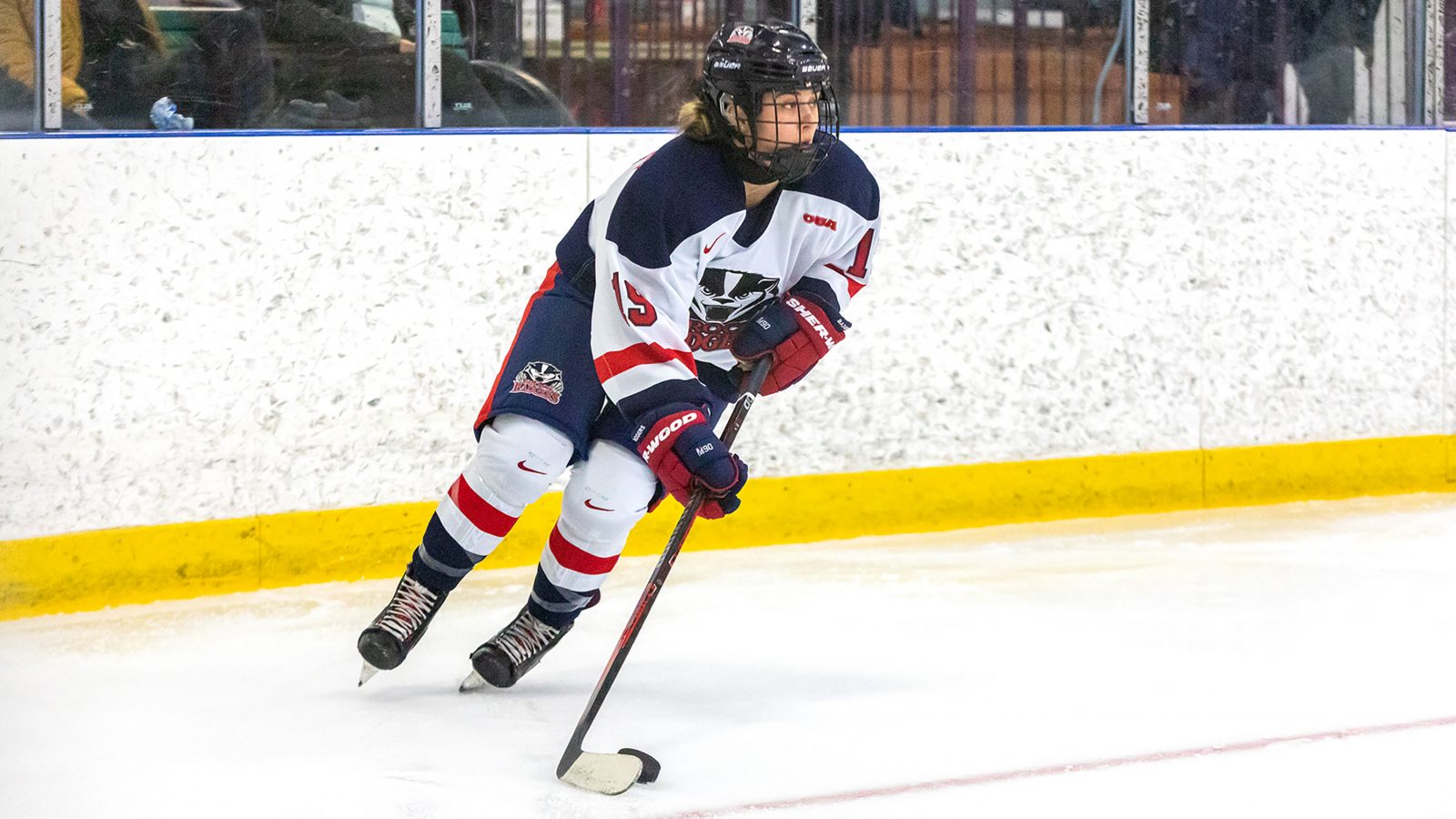 Carley Blomberg of the Brock women’s hockey team was selecting to participate in a new student-athletes to coaching program with U SPORTS and Hockey Canada.

Brock University women’s hockey player Carley Blomberg says many female role models have significantly influenced who she is today and her passion for the game.

Now, Blomberg has a chance to give back.

Blomberg is one of six university women’s hockey players selected from across the country to participate in Creating Coaches, a new program thanks to a partnership between U SPORTS and The Hockey Canada Foundation to increase the number of female coaches in Canada. 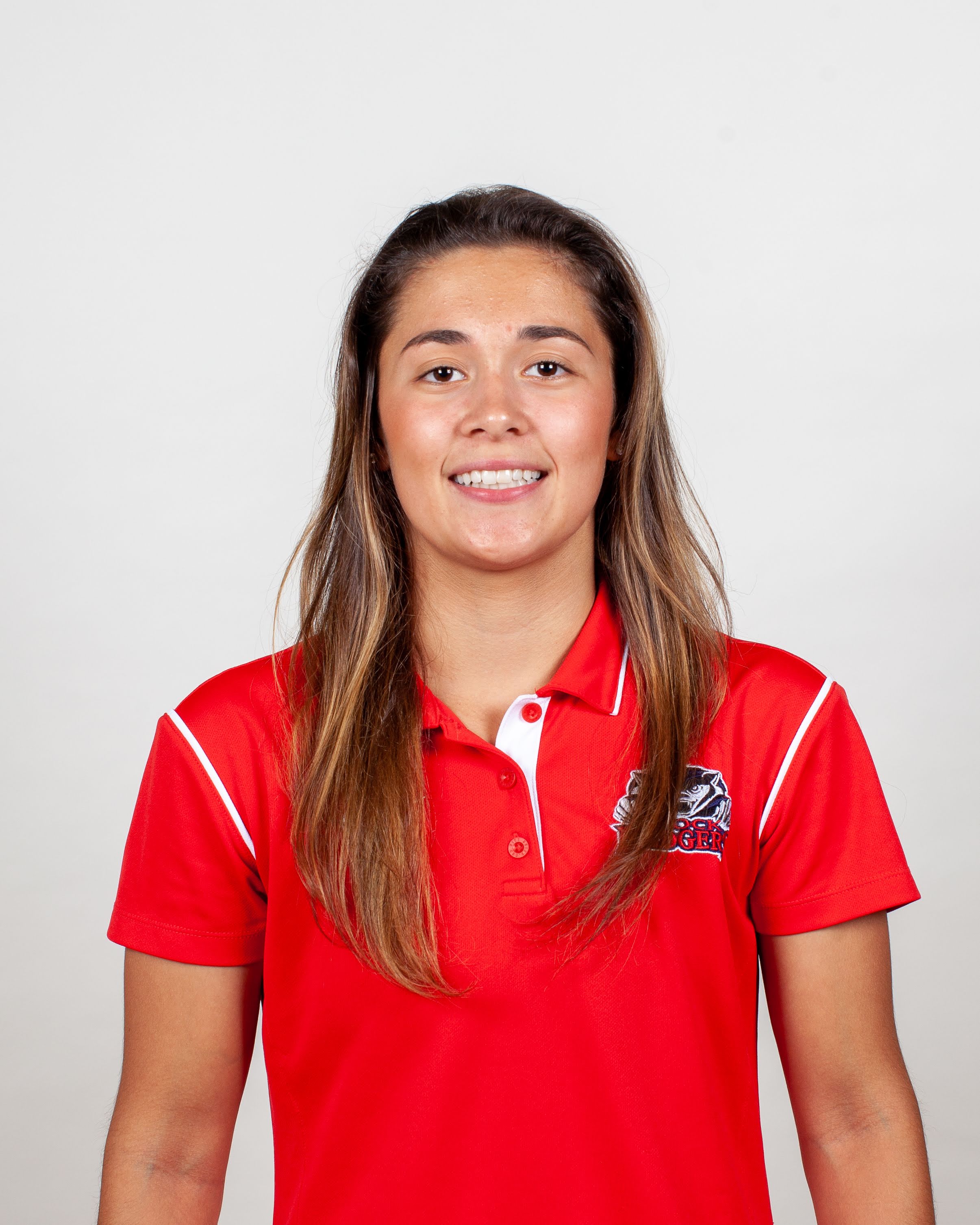 “I am honoured and excited to have been selected for this program. It’s truly an honour to be part of something like this,” said Blomberg, a fifth-year Recreation and Leisure Studies student. “This is an excellent opportunity to develop my skills as a coach further and pursue coaching after my U SPORTS playing career.”

Blomberg learned of the opportunity through Brock women’s head coach Margot Page, a leader she looks up to and admires.

“Coaching has always been a passion of mine,” Blomberg said. “I hope to develop my skills as a coach, be a role model for other girls and women, and empower others to participate in sport and seek leadership roles. Margot was key in getting me this opportunity, and I still don’t know how to thank her for it.”

This student-athlete to coach pathway is a two-year program that focuses on training, mentoring, and empowering women supported with resources to positively impact the women’s game.

The pilot program is one of Hockey Canada’s Hockey Is Hers initiatives, which has three strategic areas: grassroots recruitment and retention, developing female coaches and supporting Canada’s national women’s teams.

“This is a great opportunity for me to get more involved in the local minor hockey community as well as develop myself as a coach,” said Blomberg. “Being able to work with both local coaches and mentors from U SPORTS and Hockey Canada will expose me to alternative coaching styles, types of players, and opportunities to hone my knowledge of the game.”

Blomberg, a fifth-year senior from Timmins, joined the Badgers in 2016 after playing a season with Barrie in the Provincial Women’s Hockey League. In 2017, she represented Team Italy at the International Street and Ball Hockey Federation World Championships in the Czech Republic.

During Brock’s 2019-20 season, Blomberg was named the Oonagh Hastie Bursary Award recipient, an honour given to a player who exhibits all-around sportsmanship and leadership as Oonagh demonstrated when she was an original member of the Niagara Women’s Recreational Hockey League.

Page describes Blomberg as a hard-working forward who doesn’t back down from adversity and is the perfect candidate to one day become a coach.

“Carley is going to have such an amazing experience in this program. She will be a sponge and absorb everything to grow and develop into an amazing coach,” Page said. “She excels in all that she does and is always there to guide and help others in any way that she can. It makes it easier for a coach when you have leaders like Carley on the team.”