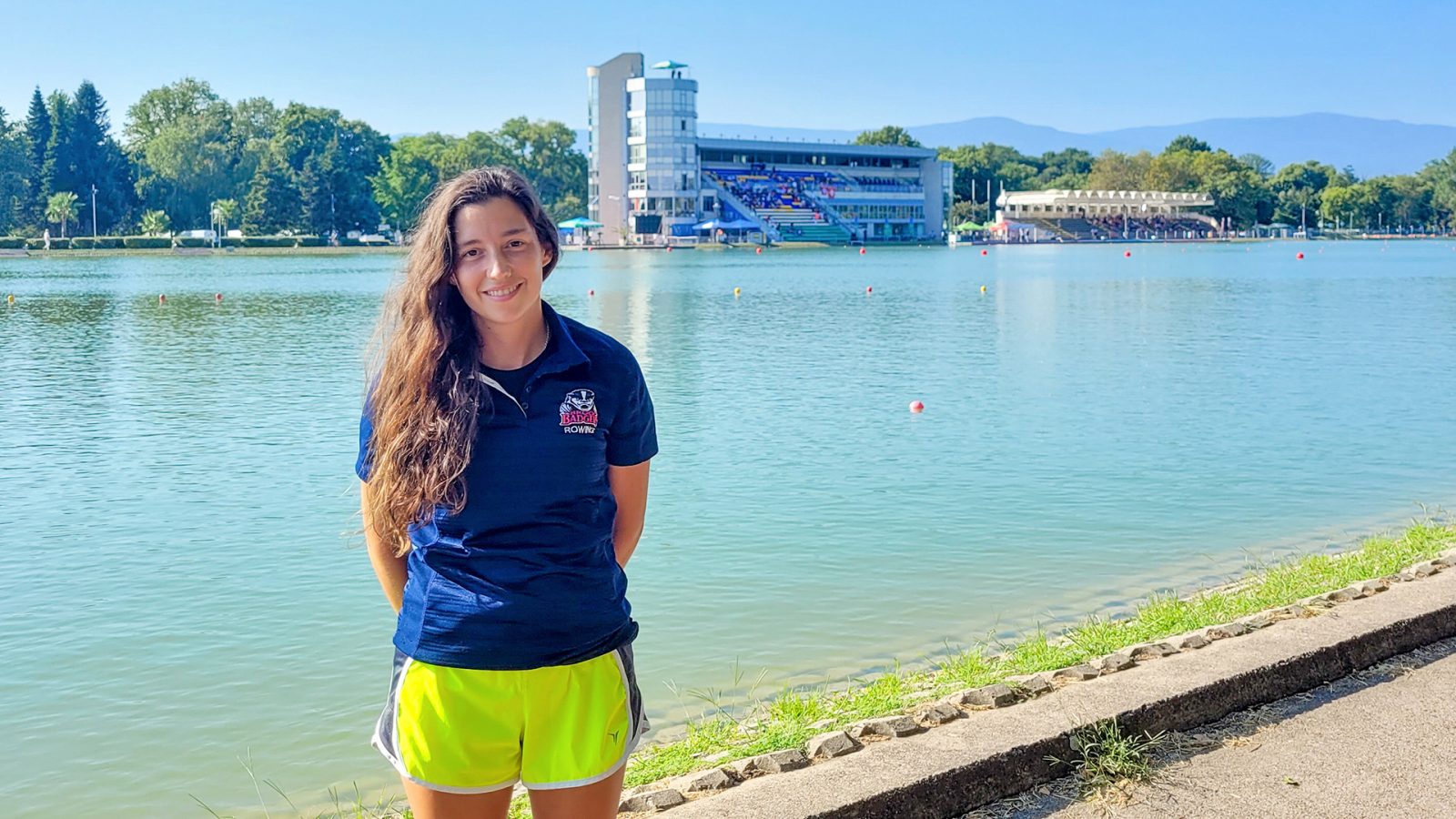 The Brock Badgers received a Coaches Association of Ontario grant, aimed at increasing the number of full-time female coaches in post-secondary sports, which allowed them to hire assistant coach Mary Rao.

It’s a standard early morning for the Brock rowing team, and golden hour is about to rise over Port Dalhousie’s Martindale Pond.

Assistant coach Mary Rao is in Brock’s boathouse on Henley Island, checking over the boat assignments before hitting the water.

“It’s been an unforgettable summer,” said Rao, who recently returned from coaching for two weeks with Rowing Canada Aviron at the World Rowing Junior Championships in Plovidv, Bulgaria. 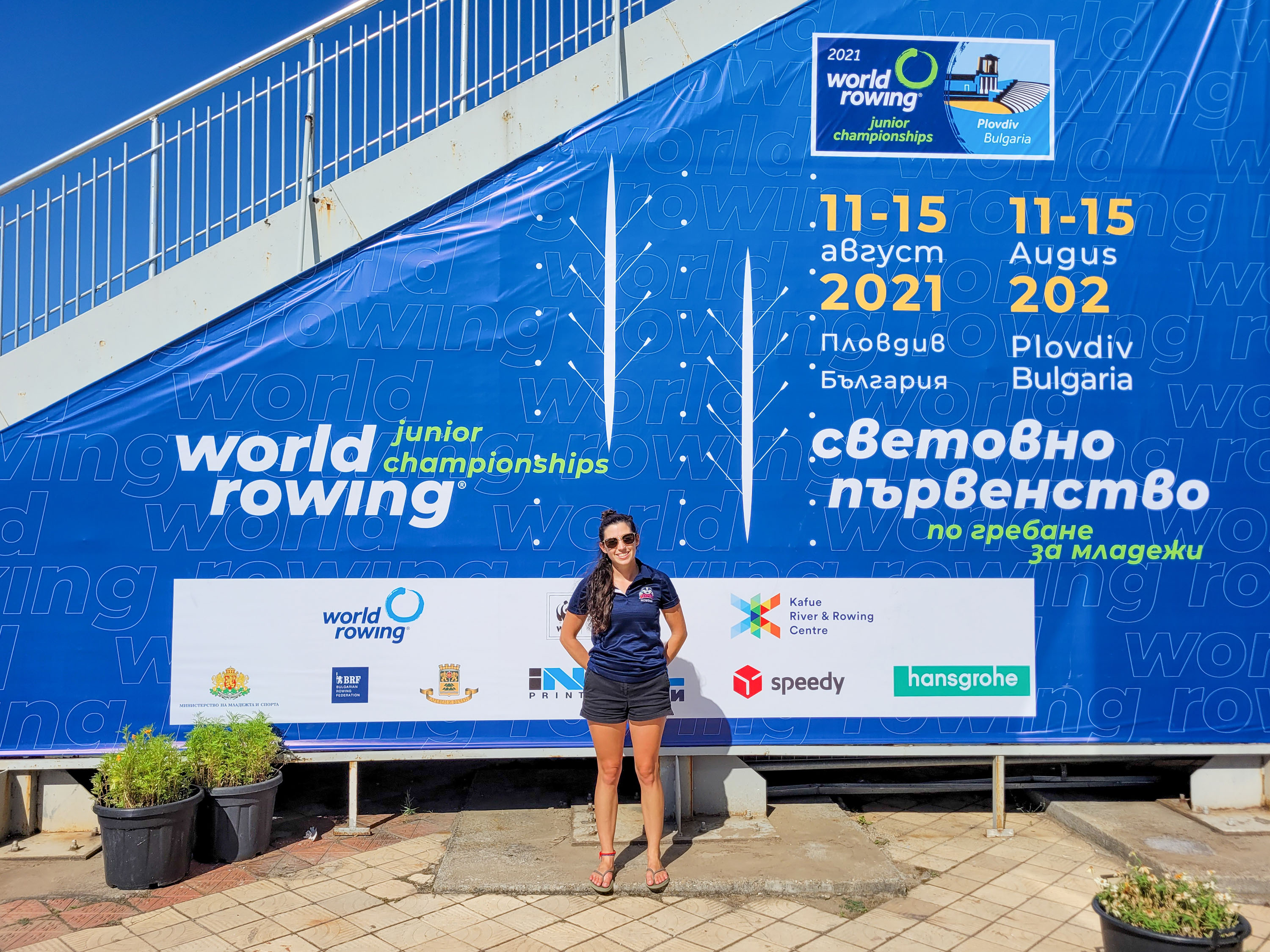 Rao is still adjusting from the seven-hour time difference, yet she cherishes the particular routine of getting up before the crack of dawn and being on the water before the day has even begun.

“Every morning where you get to see the sunrise over the water is pretty spectacular,” she said. “Maybe there are other sports that are easier or less involved, but I’m glad I found this one.”

Earlier this year, Rao joined the Badgers on a full-time basis.

The grant program focuses on the core philosophies and craft of coaching while highlighting recruitment cycles, talent identification, supporting student-athletes and skill observation and development.

“Having a young coach like Mary, who is keen and full of questions, is great for making sure we are always looking at different new ideas to try and improve,” Somerwil said. “Mary has already achieved a lot. She is patient and can explain the technical aspects for rowing very well to further the development of our women’s team.”

Ultimately, the CAO grant aims to increase the pool of qualified, experienced female coaches who meet the requirements for being hired as head coaches in the post-secondary sport.

“You would hope there’s equality in sport and that we wouldn’t have to go out of our way to give women opportunities, but in reality, it’s great to have this chance to help minimize the gap,” Rao said. “In theory, sports organizations would take the most qualified individual and women would be in the game because we can perform at the same level.”

Rao is also working to become a fully certified Rowing Canada Aviron (RCA) Performance coach. Her talent as a coach is reinforced by RCA selecting her to help coach the Junior National Team.

The Badgers have already enjoyed the dynamic of having Rao as a full-time coach for the rowing team, as the platoon consists of more than 65 student-athletes across four competitive men’s and women’s programs.

“The team and I are so grateful we have this opportunity,” Rao said. “Peter and I can do a lot more to help the team both on the water and during the winter with our indoor training because I’m able to be there full time.” 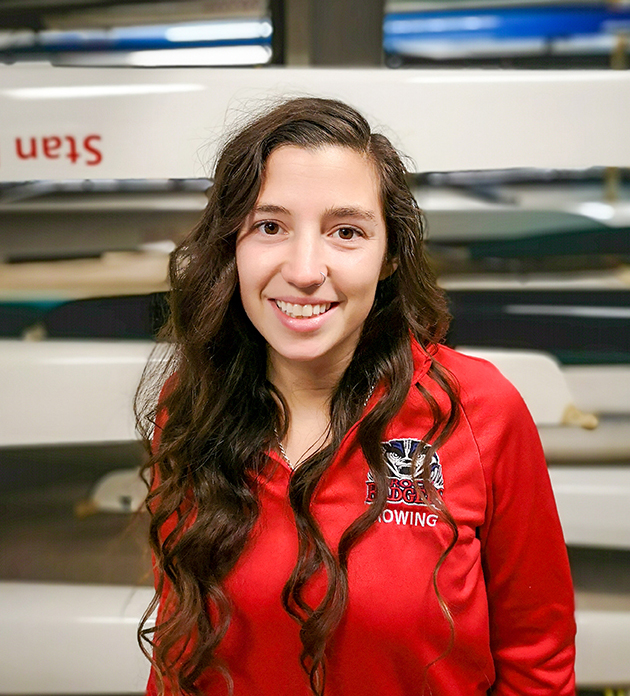 Rao grew up in Hamilton’s Mount Hope. It was at Bishop Tonnos Catholic Secondary School that she fell in love with the many opportunities rowing provides.

“On my first day of rowing, my coach saw me walking down the hall and asked, ‘Hey, are you here for rowing? You’re going to be our coxie. That’s a really important position on the team,'” said Rao, who stands 5-foot-3. “I’ve been hooked on this sport ever since then.”

She transitioned to coaching in 2008 and enjoys all the logistical moving parts involved with rowing, such as performance times, managing large teams, accounting for the current state of the water and weather, and maintaining the equipment including the boats and oars.

“Juggling all of that while performing at a high level and striving for that international standard makes for a really rewarding experience,” said Rao, who is also a trained rowing umpire and knows the racing rules like the back of her hand.

As a member of Leander Boat Club, Rao competed for McMaster University, where she graduated with a Bachelor of Arts in Sociology.

Coming up in the sport as a coxswain has given her numerous transferable skills, she said.

“I learned early in this sport that to keep getting better, I needed to learn how to coach and articulate what needs to be said to athletes,” Rao said. “Being a coxie, I learned how to fuel the motivation of the crew, which has given me some great tools today as a coach.”

In 2016, she moved to Niagara to volunteer coach with the St. Catharines Rowing Club and, in 2017, she started working with the Badgers as their junior varsity coach with the women’s team.

She is also currently the lead coach of competitive programs at the South Niagara Rowing Club.

For the upcoming Badgers 2021 season, Rao will move into the open women’s varsity coach position.

“Working with the coaches at Brock has challenged me to elevate my standard from what I expect from the athletes I work with,” Rao said. “That’s why I’ve stayed at Brock for so many years. The student-athletes are dedicated to working hard and performing to the best of their ability, and not accepting anything less.”

Rao’s favourite aspect of coaching for Brock is working with student-athletes to help them learn and grow.

“Helping students better manage their time and ability to perform in school reflects in their performance on the water,” Rao said. “Working with our athletes to raise the bar and see them reaching their goals is the most rewarding component of university coaching.”