Work must be done to offer all children same protection: Brock experts 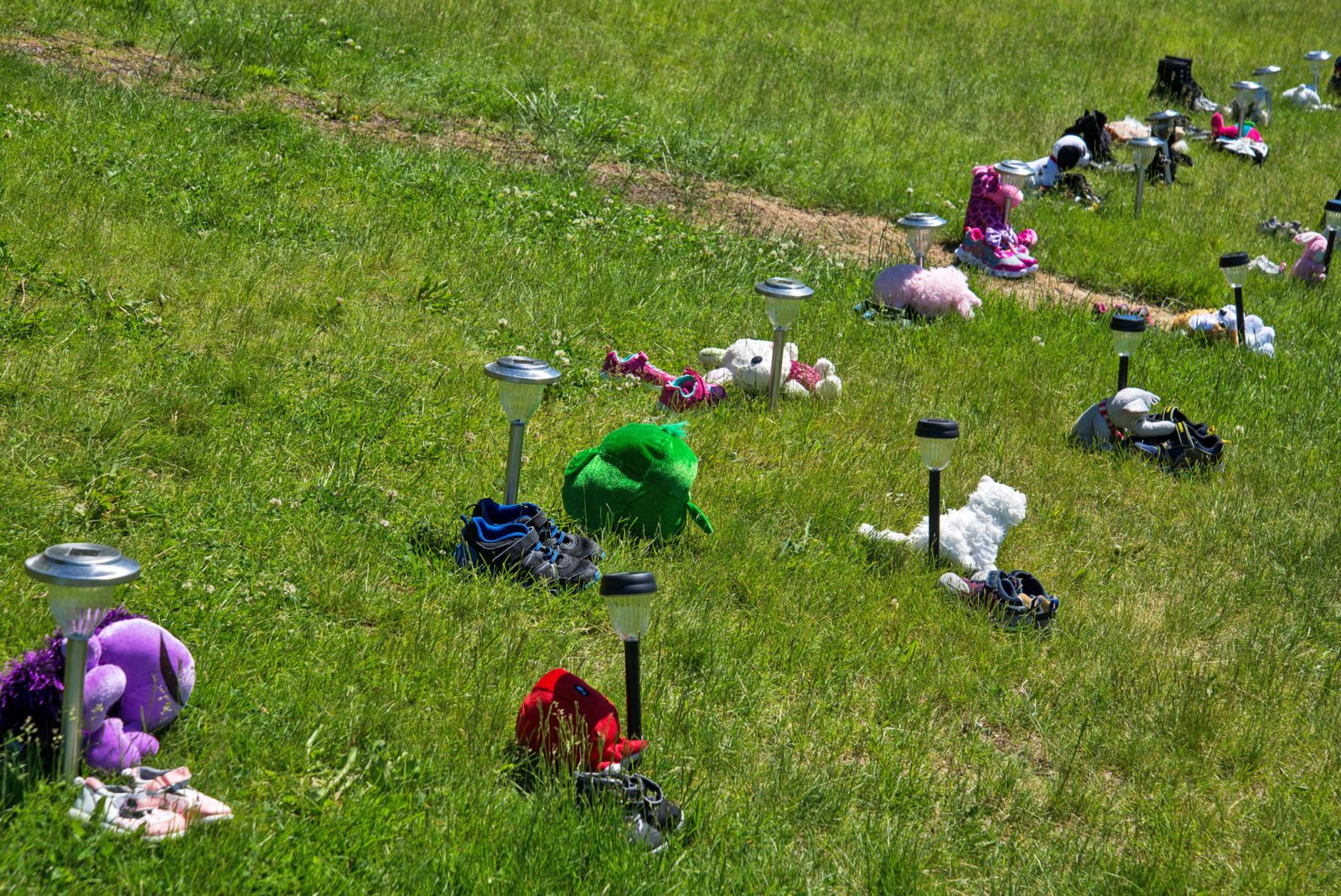 A memorial on the grounds of Kamloops Indian Residential School, where the remains of 215 Indigenous children were recently located.

Faculty members and students in Brock University’s Department of Child and Youth Studies are focused on researching and improving the lives of children.

As the group has watched the unfolding tragedy of the location of more and more mass graves resulting from Canada’s residential school system, how children have historically been harmed under the auspices of professionalized care is even more painfully obvious.

“Not all children and youth in Canada have been afforded the same protections, respect or attention and that needs to change,” says Professor Rebecca Raby. “Within our department there’s a commitment to the welfare of children and to really understanding children’s lives and how we can make their lives better.

“The experiences of many Indigenous children both the in the past and present really point to how much work we have to do and how there are serious inequalities and injustices in Canada around how we treat children and youth.”

That talk added to growing discussions among faculty around acknowledging Indigenous issues and the department launched their Reconciliation, Decolonization and Indigenization Committee earlier this year.

This week, the department published an open letter in response to the increasing number of mass graves being located at former residential schools.

In it, they say they share the grief and anger that has arisen in response to these mass graves and want to see it lead to action.

“We urge the Canadian government to address the Calls to Action 71-76 of the 2015 Truth and Reconciliation Commission, which include locating and documenting the children who died in residential schools,” the group writes in the letter, which has been sent to the Niagara daily newspapers to be published and can be found in full below.

Raby, speaking on behalf of the committee, says the time is overdue for educational institutions to be thinking more about what role they can play in reconciliation.

While the letter doesn’t reference the ongoing debate over Canada Day celebrations, Raby says the conversation is an important one.

“This is an opportunity to reflect on things that are important and valuable about the nation of Canada,” she says. “But things about Canada’s creation and as an ongoing entity are deeply troubling, so how do we wrestle with that? I think that personally it would be good for people to recognize and respect why some people may not want to celebrate Canada.”

arisen in response to the mass graves that have been uncovered and newly acknowledged,

including those at the Kamloops Indian Residential School in the Tk’emlúps te Secwépemc, and at Cowessess First Nation. We urge the Canadian government to address the Calls to Action 71-76 of the 2015 Truth and Reconciliation Commission, which include locating and documenting the children who died in residential schools.

Addressing the Calls to Action supports Indigenous children and their families for whom the consequences of the grim legacy of residential school systems — as well as discrimination and colonial violence driving these systems — are ongoing. The tragic events at the Kamloops Indian Residential School, Cowessess First Nation and other locations represent only a small, heartbreaking fraction of the significant, widespread, systematic crimes and injustices connected to the residential school system in Canada, including forced separation of Indigenous children from their families, sexual abuse, experimentation on Indigenous children, loss of Indigenous language and culture, and ongoing intergenerational trauma.

The ways in which we collectively think through the unyielding impacts of colonial violence and confront injustice deeply matter. As a department dedicated to research and teaching in child and youth studies, we recognize the urgent importance of sober reflection and reparative reimagining of research and teaching, including how we think with our students about the discrimination and injustice that make up the past and present realities of Indigenous children and their families. All children deserve respect and unconditional care, yet historically and currently, Indigenous children and their families have not received enough of either.