The student becomes the teacher 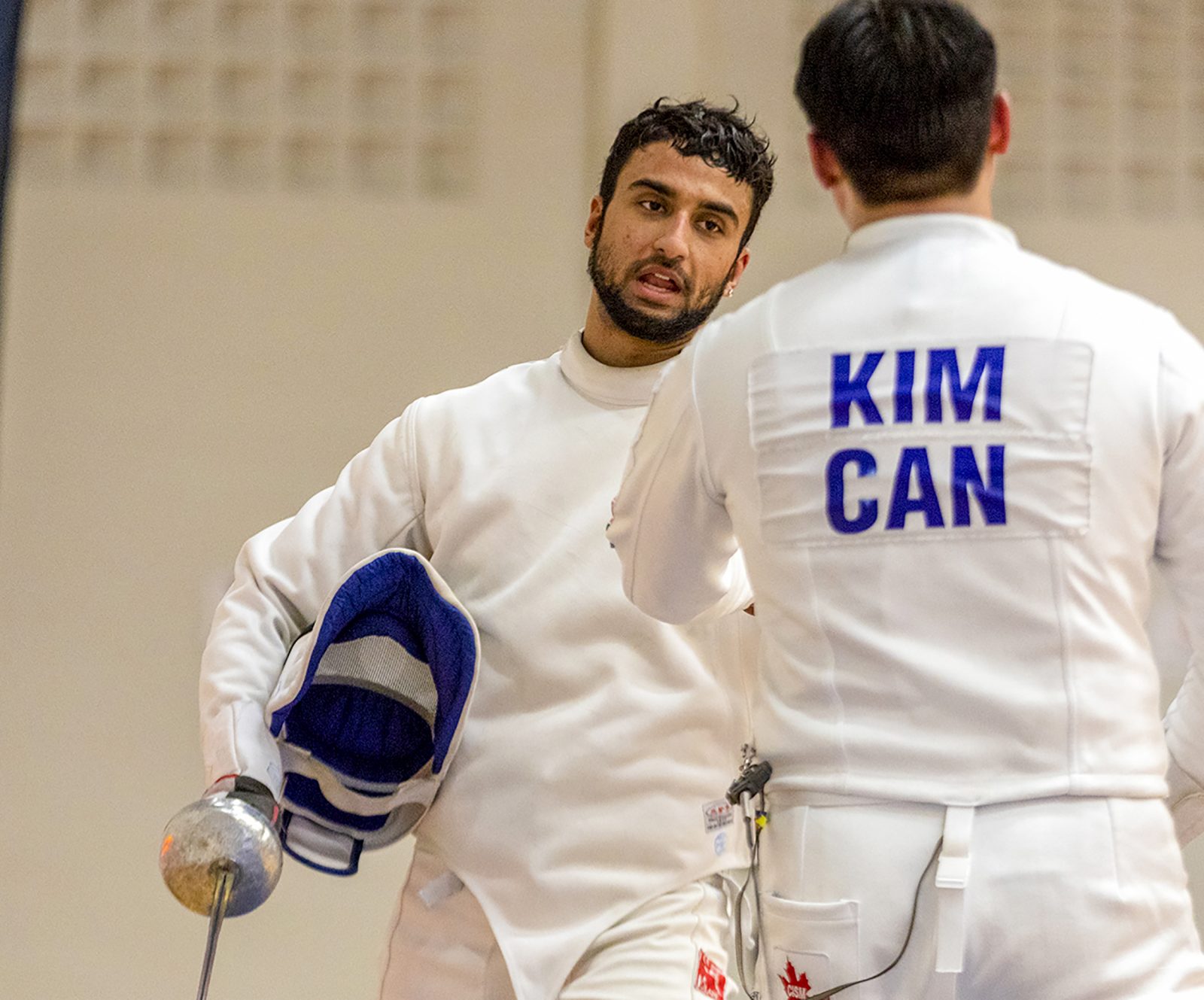 Logan Wilford was a blade’s edge away from walking out of Brock University with three degrees.

In the end, the varsity fencer settled for two.

Wilford moved one step closer to his long-term goal of becoming a teacher as he graduated with a Bachelor of Education (Intermediate-Senior) and a Bachelor of Science in Chemistry during Brock’s Virtual Spring Convocation on Friday, June 18.

Wilford briefly considered putting a pause on Teacher Education to pursue a Master’s in Chemistry when conducting his thesis.

“I decided to finish the program before making any hasty decisions. I loved my placements in my Teacher Education program, and it confirmed that I chose the right profession to go into,” he said. “But I also had a great time completing my Chemistry degree. I particularly liked the research aspect when I was doing my thesis.”

Wilford obtained his Chemistry degree with First-class Honours, which is granted to students who have completed a 20-credit honours program with a minimum of 80 per cent average in all major credits, and 70 per cent in remaining credits.

“I fell in love with Physics as a whole other branch of science,” said Wilford. “I took that as my other teachable. Both degrees were remarkable for different reasons. I love math and science and want to be able to share that with others.

“Brock’s Concurrent Education program allowed me to gain experience in the field of education while completing my undergraduate degree,” he added.

Wilford’s logical brain gave him an edge in the sport of fencing as a member of the Brock Badgers varsity fencing team.

His 6-foot-4 frame would also lend well as an epeeist, the heaviest of the three weapons in the sport where participants can score points by striking any part of the body with the tip of the blade.

“Logan is brilliant in the classroom and on a fencing strip,” said Brock fencing head coach Tim Stang. “His intense focus and ability to analyze the tactical situation in seconds and enact a response are by far his greatest strengths.”

In his last season competing for Brock before the COVID-19 pandemic, Wilford won a silver medal at the 2020 OUA Men’s Fencing Championships in the men’s individual epee.

After the championships, Wilford was awarded the George Tully Trophy, presented to the male fencer most proficient in skill, style and sportsmanship as judged by a panel of judges.

“Logan’s sportsmanship is boundless,” said Stang. “No matter the competition, whether he was winning or losing, he took the time to help his teammates with advice, cheer them on or console them.”

Wilford came to Brock from an epee-focused fencing club, and one of his first coaches, Ainsley Switzer, was a member of the Canadian national women’s epee team.

He started fencing in his hometown of Ajax when he was 10 years old.

“I was looking to pick up a new winter sport as I completed all of the swimming levels and was far away from becoming a lifeguard,” he said.

Wilford soaked up everything he could about the sport. He entered as many tournaments and competitions as possible and even volunteered to coach at the Ajax Fencing Club, where he trained under Switzer and Bob Weese.

He said Weese taught him the foundations of fencing and pushed him to compete at the next level while he developed the skills and technique from Switzer to transform technical exercises into explosive attacks.

At Brock, he credits Stang with the mental aspect of his sport.

“Tim taught me how to use my brain in the middle of a bout, which was hard to grasp for an 18 year old who showed up in the studio ready to be competitive almost six years ago,” said Wilford. “He taught me how to be patient and that my mental game is what will limit my ability to win. With his help, I was able to achieve levels of success that I had not previously been able to attain.”

Stang said Wilford possesses the technical and tactical skills of a champion, but it’s his character that will leave a lasting impression on the Badgers.

“Logan became a phenomenal team leader and displayed mental abilities unlike many athletes I’ve ever seen,” he said. “The character he brought to the team became the standard and is reflected on our entire team. It’s something as a coach I am most proud to say is what differentiates us from the rest.”