Sky’s the limit for Goodman student-athlete 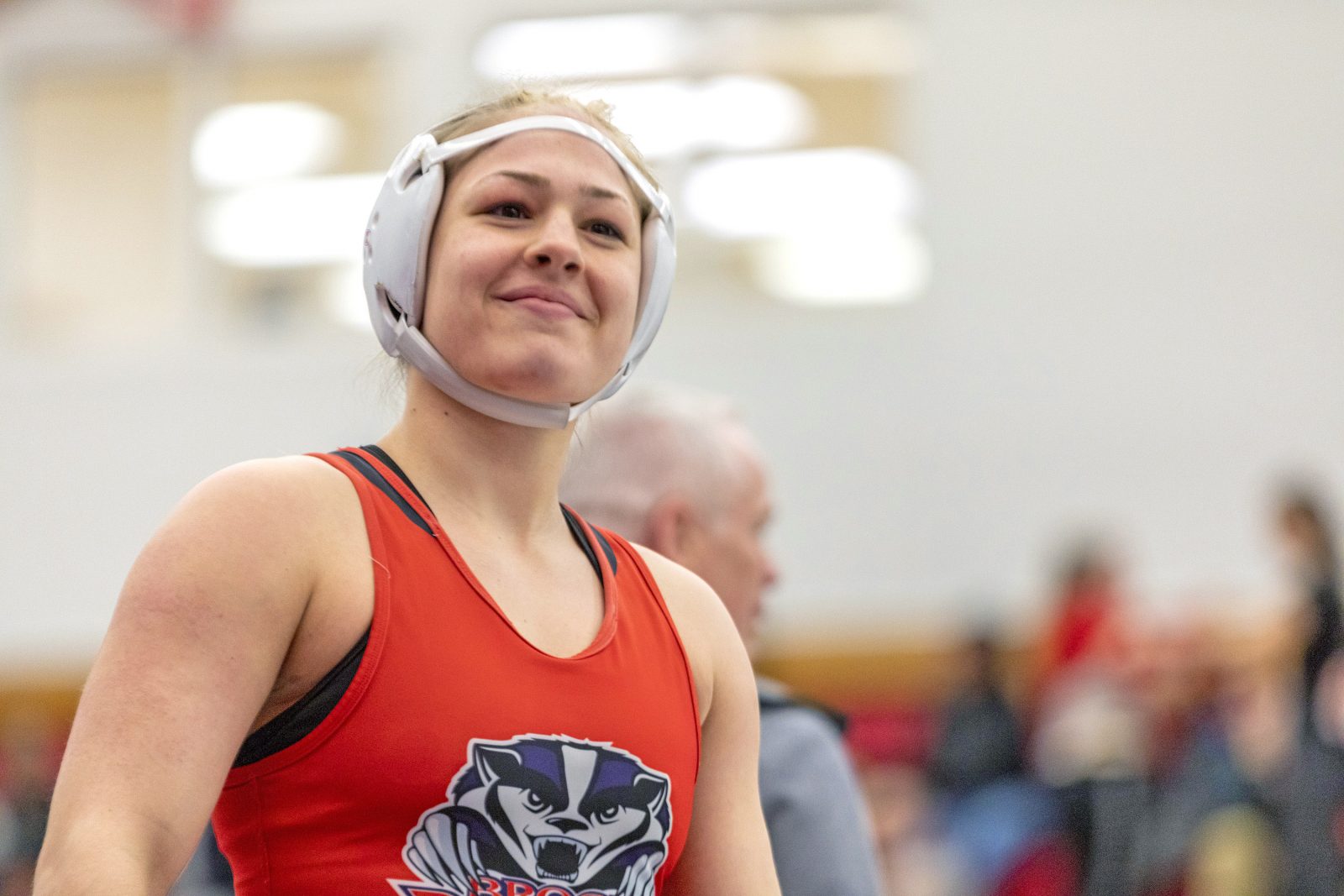 Women’s wrestler Skylar Grote capped off her time with Brock University with a Bachelor of Business Administration.

Skylar Grote is all business in the classroom and on the wrestling mat.

The Brock University varsity wrestler graduated with a Bachelor of Business Administration with a concentration in Entrepreneurship from the Goodman School of Business during Brock’s Virtual Spring Convocation on Friday, June 18.

The Goodman School of Business named Grote this year’s recipient of the Outstanding Award of Excellence in Entrepreneurship, which is given to the graduating student with the highest average in her major.

A New Jersey native, Grote now has her sights set on earning a Master of Business Administration at Oregon State University. She is also only the fifth athlete to join their burgeoning women’s wrestling program.

“Skylar is a highly driven individual. She possesses the internal drive needed to be her very best,” said Brock wrestling head coach Marty Calder. “Her commitment to the pursuit of excellence puts her in a rare category.” 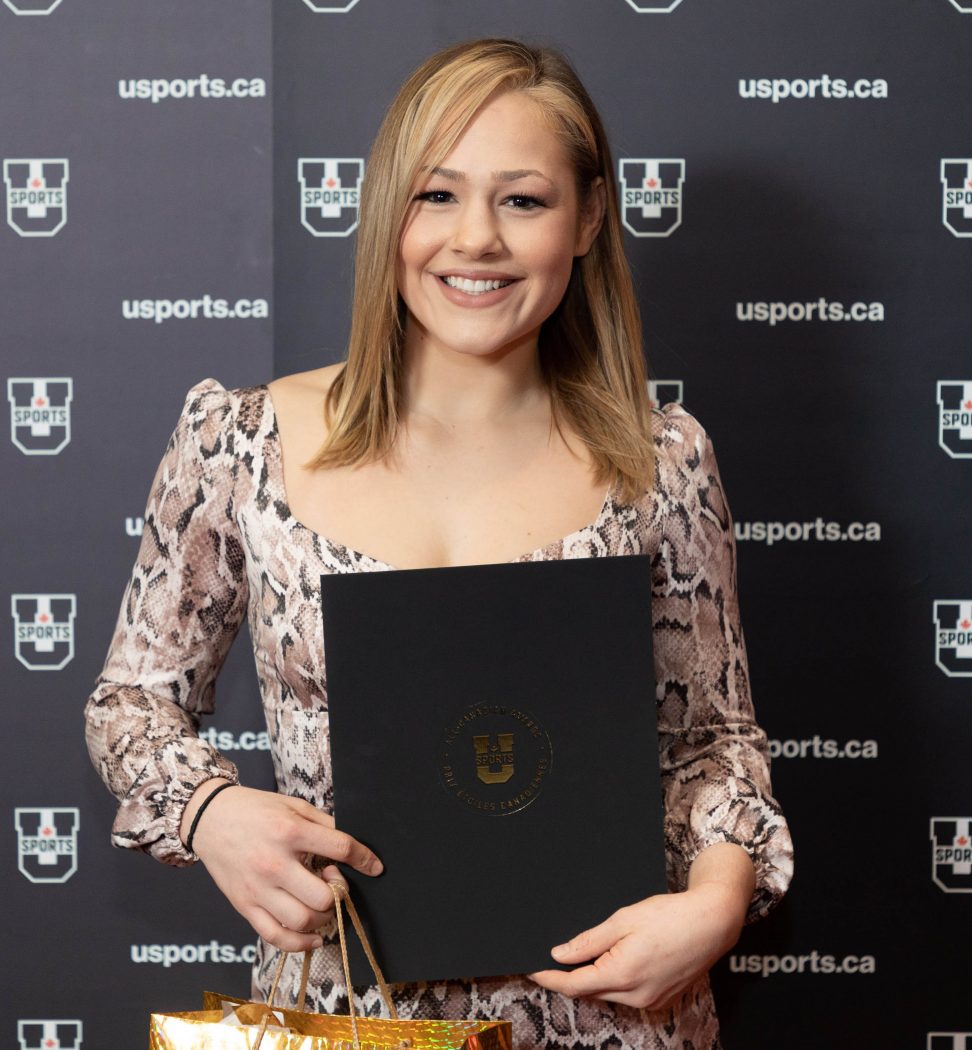 Skylar Grote won three OUA gold medals and two U SPORTS golds during her time with the Badgers.

During all four of her years at Brock, Grote was named a U SPORTS Academic All-Canadian, an honour reserved for student-athletes who achieve an academic standing of 80 per cent or higher while competing in a U SPORTS-sanctioned sport.

Before becoming a Badger, Grote attended Blair Academy, a private boarding school in New Jersey with a reputation for a successful wrestling program. She also won back-to-back medals as a member of the Pan-American Junior team in 2014 and 2015.

When it came to exploring her post-secondary options, Grote sought a school that could provide her with a good balance between academics and athletics.

“I wanted to attend a good academic school and also wrestle, but at the time, there were no NCAA Division 1 schools that offered women’s wrestling,” she said.

“Going to Brock was one of the best decisions I’ve made. I enjoyed wrestling for the Badgers and having Marty Calder as my coach,” she said. “There was no better wrestling room for me. I enjoyed having female teammates who were hardworking student-athletes. It was a great environment. I trained alongside Olympians and Worlds team members.”

Grote acknowledges her father as having the most significant influence on her life, including wrestling. Walter Grote wrestled for Cornell University in New York and was an alternate for the 1976 United States Olympic freestyle team.

“He’s been able to guide me through the journey,” she said. “He’s helped me in my wrestling career and was instrumental in helping me choose Brock. Without him, I would have been a little lost.”

Grote captured three U SPORTS medals during three seasons with the Badgers and helped the women’s team to win three national banners. She won two gold in both the 67-kilogram and 72-kilogram divisions, including a bronze (67kg).

In 2020, Grote captured the Under-23 Women’s Freestyle 68kg National Championship and placed second at Senior Nationals.

Grote will attempt to make a Worlds team for USA Wrestling this September and dreams of competing for a spot on the Olympic team.

“Skylar will be who she dreams of being. I don’t see anything standing in her way,” said Calder. “Nothing can deter Skylar once she sets her mind to something.”

During the COVID-19 pandemic, Grote discovered a newfound interest in coaching her sport and has served as an instructor at several clinics in her state while dedicating her off-season to driving an hour to practice every day or regularly running half marathons.

“I never thought I would coach before, but since returning home to New Jersey, I’ve coached a lot. I enjoy passing along knowledge to another generation,” Grote said. “It might be something I decide to do after I’m done with school and my career.”