Brock media clips for Friday, May 28 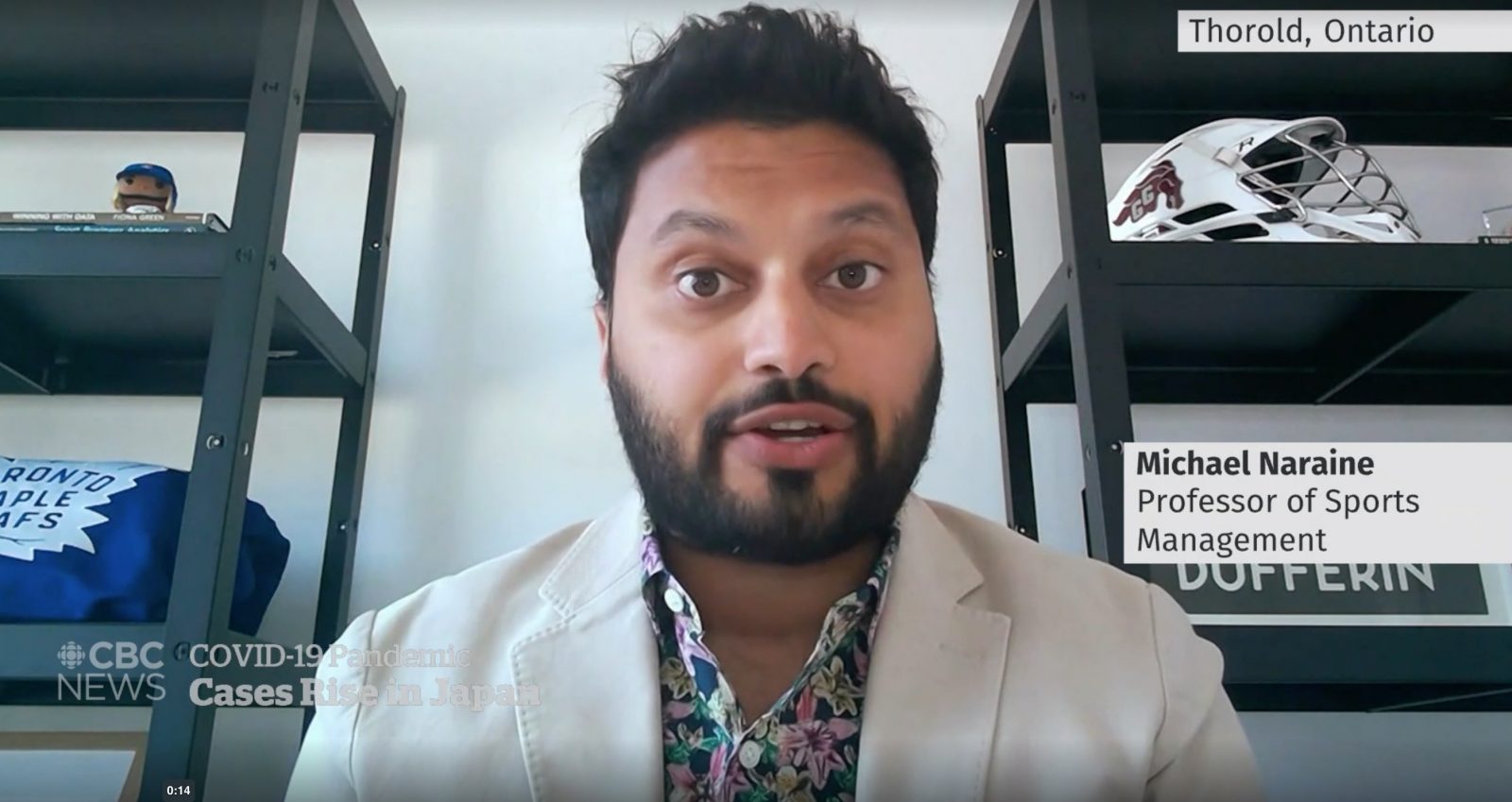 Brock University Assistant Professor of Sport Management Michael Naraine spoke to CBC's The National about the backlash against the Tokyo Olympics growing louder among the Japanese public as the country is hit by a fourth wave of COVID-19.

Facebook to pay 14 Canadian publishers for some news content posted to platform: Associate Professor of Political Science Blayne Haggart was quoted in a Canadian Press article that appeared on Global News and in dozens of other publications across the country about a Facebook plan to pay Canadian publishers for news stories on its platform.

Masks show how hard it is to recognize faces, and that’s a good thing: Professor of Psychology Catherine Mondloch spoke to CBC about the stronger effect masks have on distorting or concealing unfamiliar faces.

Japan’s Olympic backlash grows as 4th wave worsens: Assistant Professor of Sport Management Michael Naraine spoke to CBC’s The National about the backlash against the Tokyo Olympics growing louder among the Japanese public as the country is hit by a fourth wave of COVID-19.

Graphics show Hamas’ expanded rocket arsenal, which could alter the balance in conflicts with Israel: Associate Professor of Operations Research was quoted in an article available to USA Today subscribers about the weapons used by Hamas and the Israeli military during the conflict between the two from May 11 to 21.

Discussing opera and criticism: Associate Professor of Dramatic Arts Karen Fricker spoke to the Key Change podcast about opera and criticism as well as why reviews matter. Fricker also discussed universalism and diversity in the Eurovision Song Contest in an article from Study International.