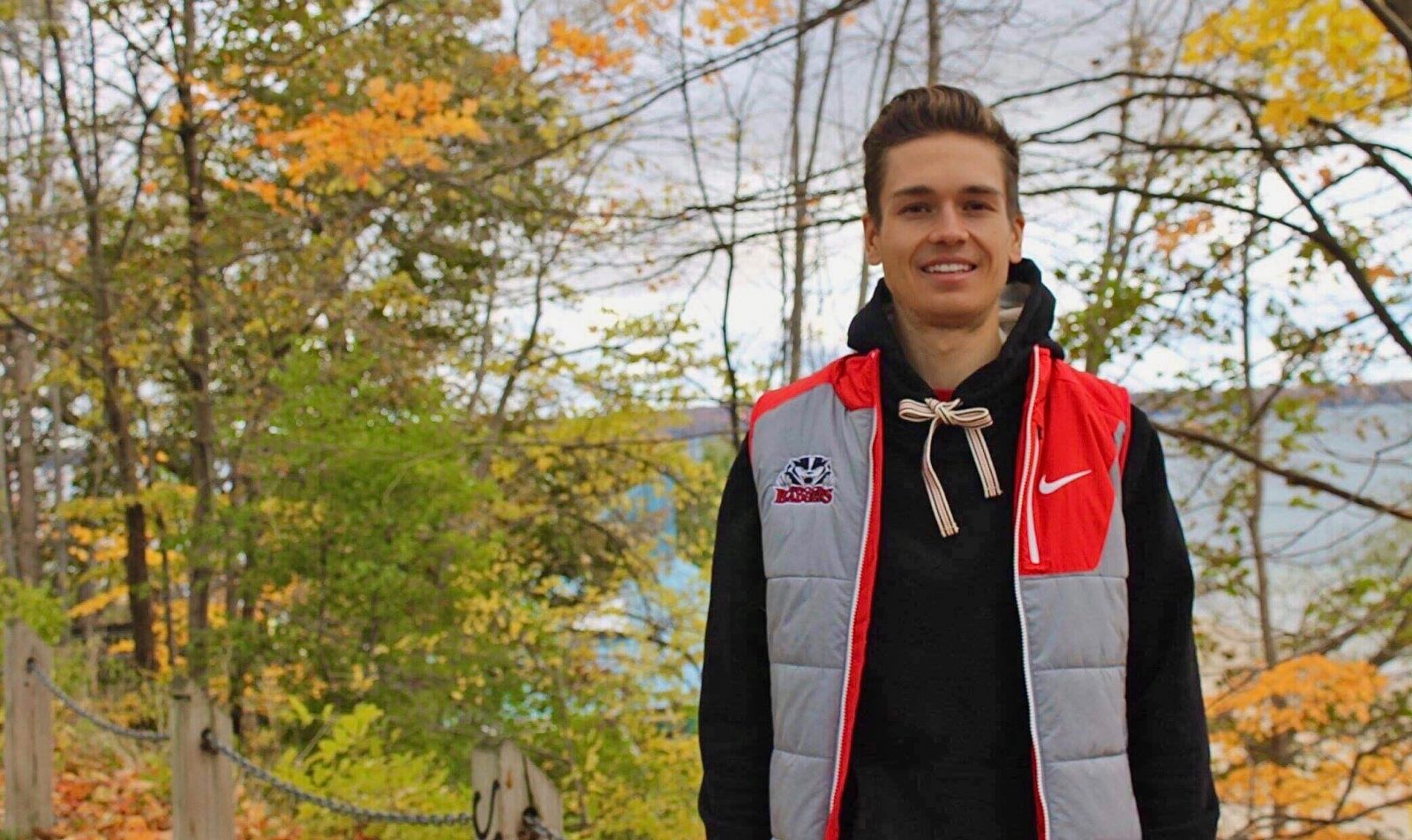 Concurrent Education student Connor Sclater took part in an experiential learning exercise during which Brock students partnered with the YMCA of Niagara to produce tailored programming for children taking part in the organization’s summer camp program.

Brock University Education students are using skills learned in the virtual classroom to share their passion for the outdoors with YMCA campers.

The EDUC 8N15 Environmental/Outdoor Education elective normally sees pre-service teachers head outdoors to try their hand at practical instruction in a variety of settings. However, with ongoing public health restrictions forcing the course to remain online, students had to find a new way to enhance their skills over Winter Term through a different type of experiential learning exercise.

Having taken part in an outdoor education program in high school and experienced the impact, Concurrent Education student Connor Sclater was eager to complete his group’s portion of the project, which focused on helping campers to build a shelter.

“On the first day, we would guide them through building a basic shelter,” he said. “Throughout the rest of their time in the camp, they would learn how to make the shelter better and how animals and humans use shelters to protect themselves, before testing some of those elements on their own shelters.”

Sclater said the task of putting together a detailed written resource that follows a logical planned progression has expanded his capability to teach such programs in the future.

“I have learned how to plan for an entire week of camp and not just part of it,” he said. “I was able to develop broader and more detailed plans and can apply that when I’m creating teaching units in the future.”

“Learning outdoors has an impact on the retention of information,” he said. “When you interact with something you are learning outside of the classroom, it allows you to move forward with the information better. In a lot of ways, those same results are also experienced by our students as they prepare the programs together in groups.”

Megan Calcott, Director of Day Camp for YMCA Niagara, said the students’ contribution, along with separate projects in two Recreation and Leisure Studies courses, was extremely helpful for the organization’s Nature Quest program.

“We are using their plans to be the foundation for the program going forward,” she said. “Our staff will use them in the day camp setting as well as anywhere else we are running an outdoor education program.”

Calcott hopes the Brock teacher candidates can draw on their lessons for other uses in addition to assisting the YMCA camps.

“To be involved with charitable agencies like the YMCA and to see the work we do with children can serve them down the line when they are in a school and they notice children who may be able to use our programming as well as the lessons they created,” she said. “It creates a sense of community when we know what is out there and available and what agencies can help youth.”

Sclater said he looks forward to the impact his lessons will have this summer.

“I grew up in Ontario and was fortunate enough to play sports and go to the YMCA,” said the Barrie native. “It’s important that, through this programming, the next generation of kids will have the same support and quality programming to participate in while they learn to explore the outdoors.”

Kasperowitsch said the most rewarding aspect of the course was knowing the class had contributed to an activity that children will remember for the rest of their lives.

“If our class can interact with a summer camp and know we possibly had a hand in enhancing a child’s summer while they take part in a program we designed, that is really awesome,” he said. “I hope the campers love the activities as much as we did. It made us all want to go to summer camp too.”