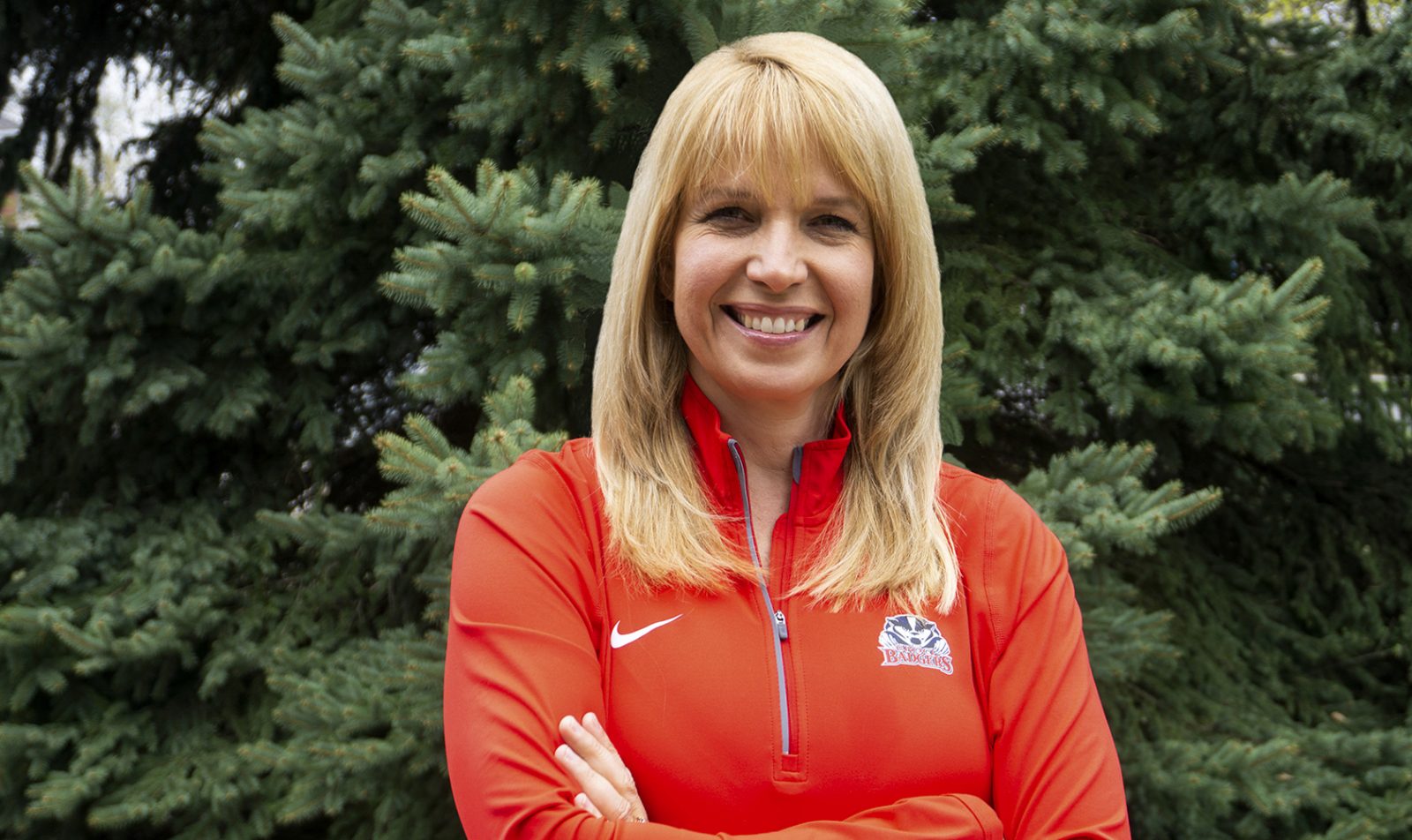 A proven leader in university athletics with extensive experience supporting the development of student-athletes and coaches has been named Director, Brock Sports by Brock University.

Melissa Krist will begin her appointment overseeing the Brock Badgers athletics department and its 900 student-athletes on Tuesday, June 1.

A graduate of the University of Toronto, Krist spent the past 25 years in a series of progressive positions at her alma mater, most recently serving as Manager of Intercollegiate Sport within the Faculty of Kinesiology and Physical Education for 11 years. She is experienced in strategic planning, policy development and revenue generation and serves on multiple Ontario University Athletics (OUA) and U SPORTS committees.

“Melissa is a seasoned leader with a proven track record in athletics. Our student-athletes will benefit from her world-class experience and dedication to both athletic and academic excellence,” said Anna Lathrop, Brock’s Vice-Provost and Associate Vice-President, Students. “Melissa is the perfect fit to lead Brock Sports, and I know she will bring stability and vision to the role — making a profound impact both in support of our coaches, staff and student-athletes and also as we align the vision and mission of Brock Sports with the University’s Strategic Plan.”

Krist said Brock University has all the elements to become a centrepiece in the Canadian university athletics landscape.

“Having a school of 19,000 students and 900 student-athletes in competitive sports is phenomenal and not seen anywhere else,” she said. “I’m impressed with the breadth of programming at Brock, including intramural sports. The programming available for the student-athlete at Brock is exceptional. I look forward to continuing that and looking at other opportunities that we can add as our international student base becomes a driving factor.”

Krist earned a Bachelor of Arts in Sociology at the University of Toronto and played varsity basketball while pursuing a Sport Administration diploma at Durham College.

“When I was a student-athlete, I saw first-hand the impact a high-performance culture can have on a program and what’s required to get to the next level,” she said.

Krist is a first-generation Canadian whose parents immigrated from Croatia. Born in Toronto, she owes her career in sport to Brock alumna Maureen Dugo (BPhEd ’80, BEd ’81), a former point guard for the Brock Badgers women’s basketball team who would go on to serve as a teacher and coach at Loyola Catholic Secondary School in Mississauga for 34 years.

“Brock has had a special piece of my heart for most of my life,” said Krist. “Growing up, I didn’t know my post-secondary sport pathways until I was recruited by my high school coach, Mrs. Dugo, to play women’s basketball. She motivated and encouraged me to be a leader throughout my student-athlete development. She played an important role in how I ended up pursuing a career in sport.”

During her tenure on staff at the University of Toronto, Krist has been mentored by two trailblazing women of university sport: former Director of Athletics and High-Performance Liz Hoffman and current Executive Director of Co-Curricular Athletics and Physical Activity, Beth Ali.

“There are not too many people who can say they reported to two female Athletic Directors during their career. Their mentorship had a remarkable impact on my professional career,” said Krist. “People stay at U of T for a long time because of the culture built by those two. That’s the culture that I want Brock to have; a family culture of ‘Everybody is a Badger.’

“Brock has the unique quality of being a strong community, and the University’s support of sport continues to have a huge impact in the development and growth of every student-athlete beyond the classroom,” she said.