New book on water resilience to launch at virtual event 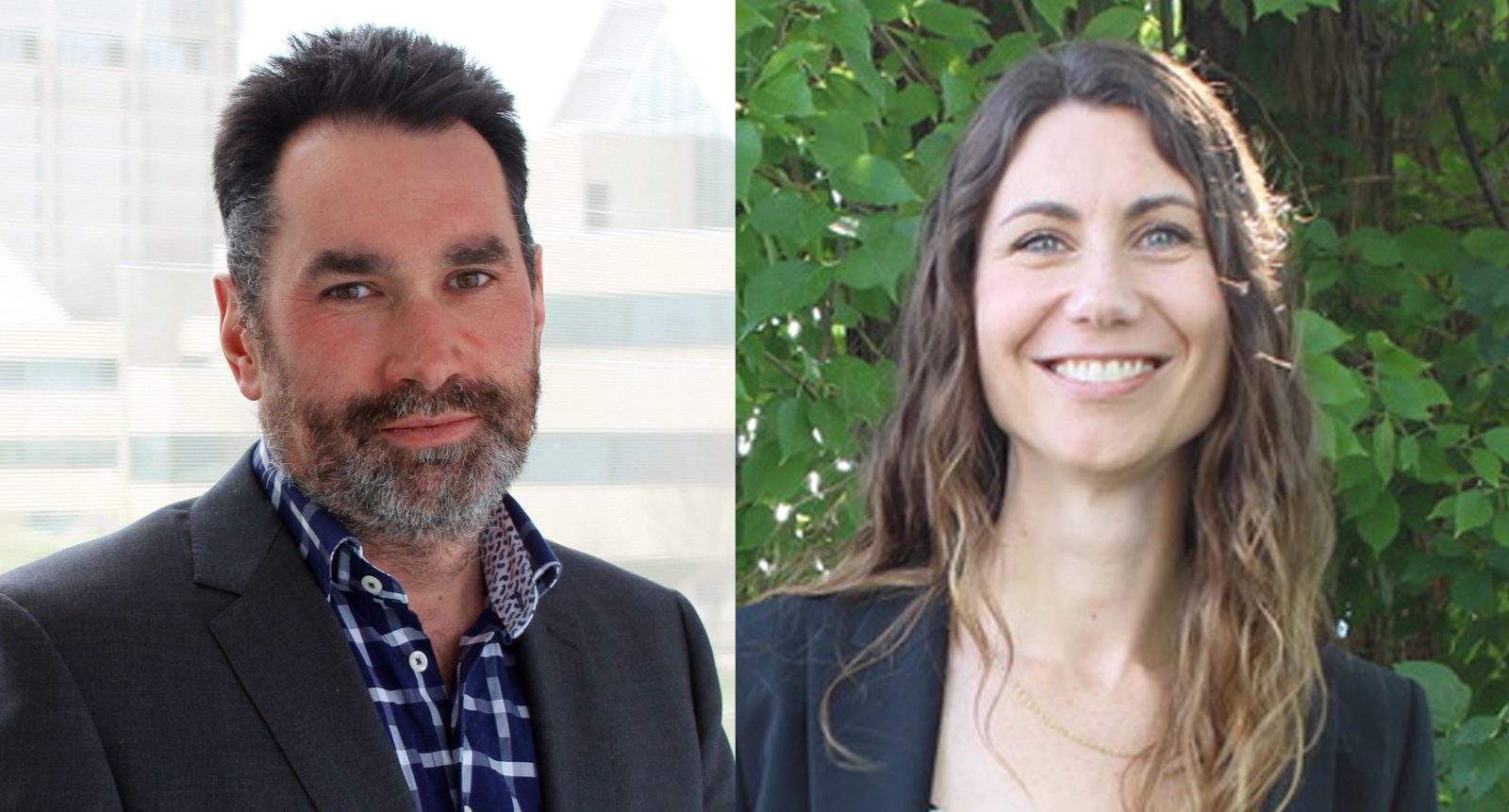 Ryan Plummer and Julia Baird of Brock’s Environmental Sustainability Research Centre will launch their new book at a public webinar on Wednesday, March 24.

In a changing climate, how will we ensure the sustainability of freshwater resources in spite of increasing risks of scarcity, insecurity and contamination?

That is the question Julia Baird and Ryan Plummer of Brock’s Environmental Sustainability Research Centre (ESRC) aim to answer through a new publication.

“Water is so interconnected with other issues like urban development and infrastructure, climate change, power generation, transportation and others that decisions about water affect many other parts of the system, and vice versa,” says Baird, Assistant Professor the ESRC and Department of Geography and Tourism Studies, who holds a Canada Research Chair in Human Dimensions of Water and Water Resilience. “We can’t always predict how our water resources will be impacted by disturbances, and when we experience surprises, we need a management approach that can account for these challenges.” 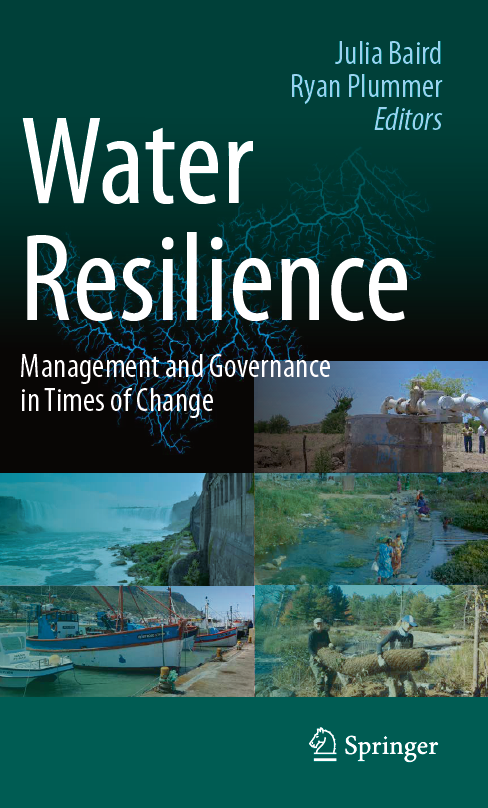 Water Resilience: Management and Governance in Times of Change was published by Springer in 2021.

Baird, along with Plummer, Professor and Director of the ESRC, explore such an approach in their new co-edited volume, Water Resilience: Management and Governance in Times of Change. The book will be launched Wednesday, March 24 at a public webinar hosted by the POLIS Water Sustainability Project at the University of Victoria and the ESRC at Brock as part of the Creating a Blue Dialogue webinar series.

“Water resilience focuses on the ability of the system — the ecosystem, the social system and the interactions between them — to respond to disturbances and continue to function in a way that supports our well-being,” explains Baird. “The past focus was on controlling change and assuming system stability, but water resilience is about accepting uncertainty and enhancing the system’s ability to cope with change.”

Plummer says the project grew out of a new approach to sustainability research that has developed over the past 20 years.

“Carl Folke, Lance Gunderson, Fikret Berkes and Elinor Ostrom, among others, shaped early thinking about social-ecological resilience, and their work in the 2000s set in motion enthusiasm, conferences and projects to engage with these ideas,” says Plummer. “In our case, the ideas resonated with our previous work regarding water resources management and governance.”

In addition to editing the collection, which features scholars from around the world, Baird and Plummer also co-wrote the introductory chapter and, with additional co-authors, contributed a chapter on watershed resilience featuring long-running case studies of the Niagara River, the Saint John River Basin and the Cowichan Watershed.

Jessica Blythe, Assistant Professor in the ESRC, also contributed a chapter on “Conditions and Cautions for Transforming Ocean Governance.”

Baird says that as she wrote the concluding chapter, she made a surprising discovery.

“One thing that really became clear to me was that the contributing authors used definitions of water resilience that varied among them,” says Baird. “Despite these variances in the definition, all contributors showed the same underlying principles guiding their work and their messages demonstrated remarkable harmony — it was surprising in the best way and cemented for me that scholars working in the field of resilience and water management and governance are working toward a common purpose.”

Plummer says the project’s timing is important, as evidenced by the key messages that emerge from the collection.

“We specifically hope the book gives voice to the experiences of those who are studying, managing and governing water resources in the Anthropocene,” he says. “As sustainability science scholars, we are most interested in bridging the science-society divide, and ultimately making a difference.”

In addition to a presentation from Baird and Plummer, Simon Mitchell of WWF-Canada and Tim Kulchyski, a Natural Resource Consultant for Cowichan Tribes and Member of the Cowichan Watershed Board, will share their experiences in the field during the webinar. Audience members will also be invited to ask questions of the panel.

The webinar takes place Wednesday, March 24 from 12:30 to 2 p.m. Registration is free but limited and expected to fill quickly. Visit the event registration page to claim a spot.