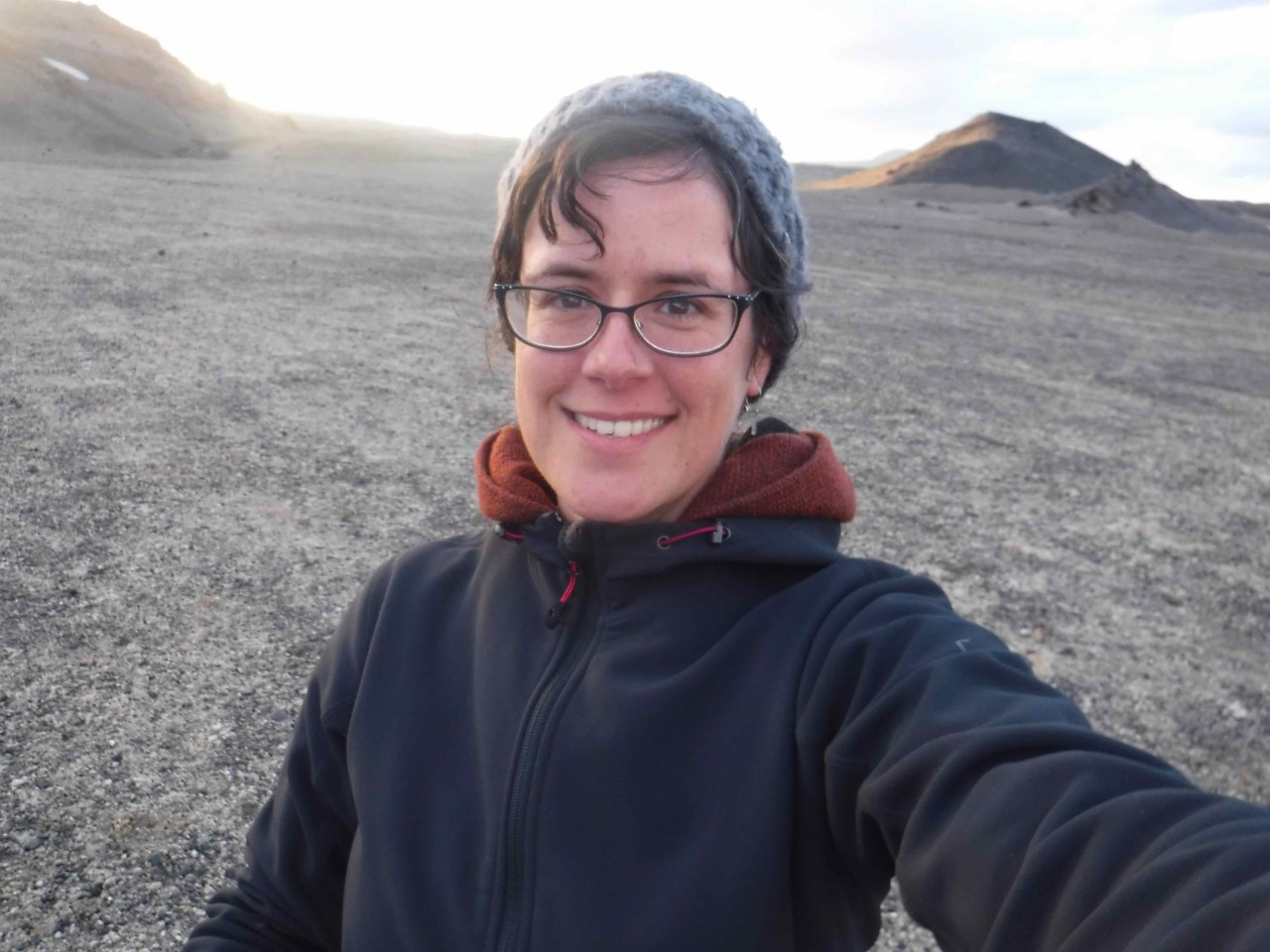 Brock Earth Sciences Professor Mariek Schmidt in Iceland, which she likens to the landscape of Mars.

When the only known planet in the galaxy inhabited entirely by robots welcomed a new resident recently, it marked the beginning of Mariek Schmidt’s long-standing commitment to research.

NASA’s Perseverance rover touched down on Mars Feb. 18, leaving the Brock Earth Sciences Professor, a Participating Scientist in the mission, ready to learn more about the Red Planet.

But it will take time — more than a decade, in fact — before Schmidt can hopefully study the samples collected millions of miles away.

“The length of the prime mission for Perseverance is two years, but NASA anticipates it will go much longer than that,” said Schmidt. “It’s possible the rover will still be operating on Mars when the samples we are collecting now are returned to Earth.”

That delivery is not expected to take place until about 2034, but that hasn’t lessened Schmidt’s interest.

“I would love to study the samples, so I’m in for the long haul,” she said without hesitation.

With the endgame in mind, she is embracing her role as a Participating Scientist, proposing ways to use the rover’s Planetary Instrument for X-Ray Lithochemistry (PIXL) as it moves across the rugged terrain. The PIXL is an x-ray fluorescence spectrometer used to determine the fine scale elemental composition of Martian surface materials.

Perseverance will now move away from the landing blast zone before collecting samples to avoid areas contaminated by rocket fuel. The engineers are doing diagnostics on the rover to ensure it is functioning properly and taking the first sets of panorama images.

Currently, the only available information about the geology comes from images.

“We can see that there are rocks distributed around, there are deposits of sand that were transported by wind and coarser gravel-rich soil between the sands,” Schmidt said.

The geological differences between Earth and Mars are varied. Mars today is a predominantly Aeolian planet, meaning its sand only moves by wind and unlike Earth, Mars does not have continents or sand moved by water.

Most of Earth’s sandstone is made of quartz, while the sandstones on Mars are richer in iron and magnesium making it basaltic sand, like the black sands in Hawaii or Iceland.

“We want to collect Aeolian sand, igneous and sedimentary rock exposed on the surface,” Schmidt said. “We are looking for a large diversity of samples in the first cache collected. The reason Jezero crater was selected as the landing site is the diversity of rock samples in the area.”

While this is her third Mars mission, Schmidt still feels excitement and awe at the prospect of planetary exploration.

“The rover landing really blew my mind,” she said of the successful feat. “The first few times I watched the footage were emotional. I think this is an event everybody on Earth should watch.”

Faculty of Mathematics and Science Dean Ejaz Ahmed called this “an exciting time for science and a triumph of ingenuity.”

“Schmidt’s research has broadened Brock’s reach beyond the national stage far into the cosmos.”