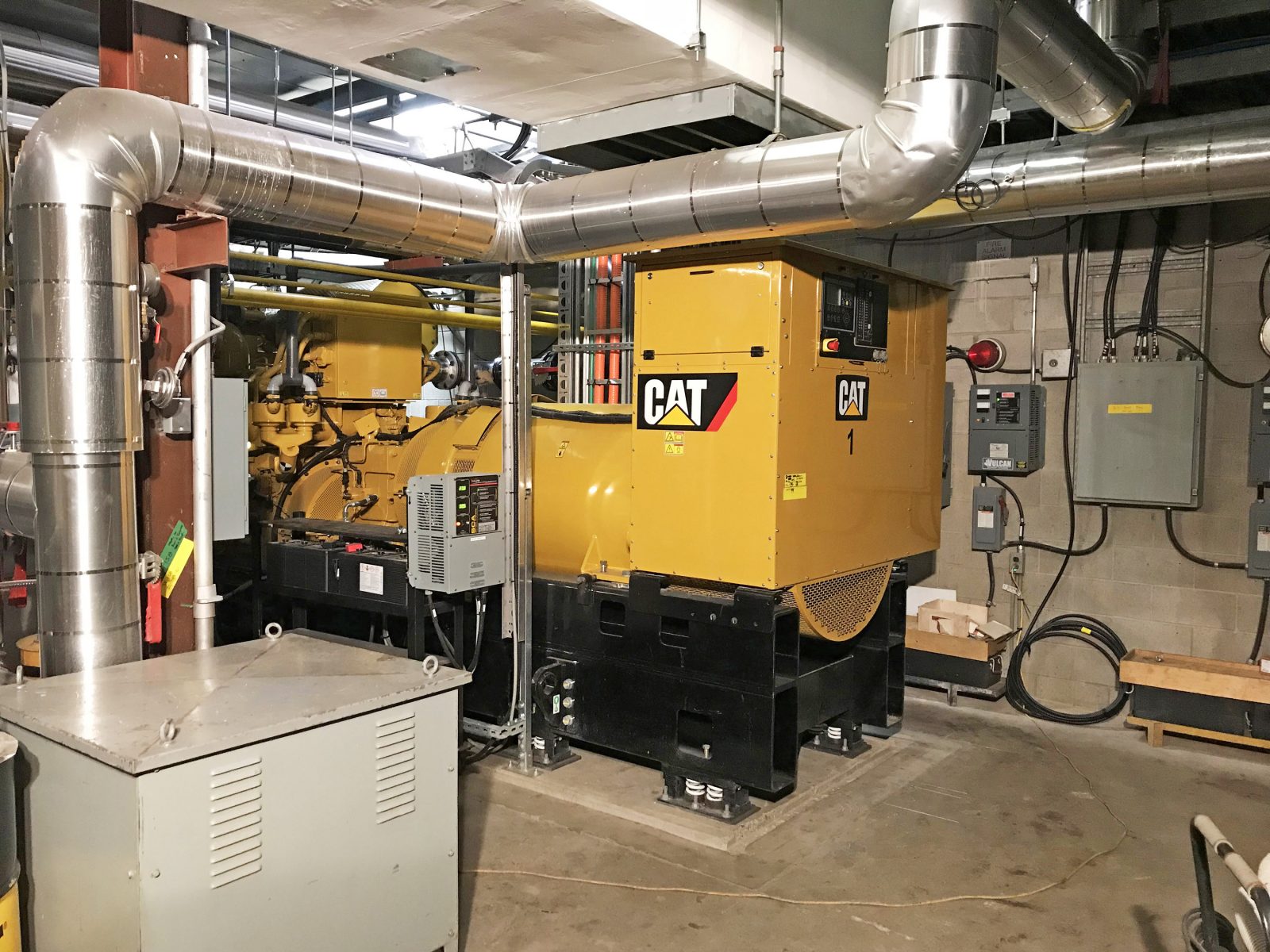 Brock’s 25-year-old co-generation engines were replaced with these new state-of-the-art engines as part of the District Energy Efficient Project at the Central Utilities Building.

Over the past year, Brock has been making huge strides in creating a sustainable campus through the success of the District Energy Efficiency Project (DEEP).

Since Brock announced the completion of DEEP, Facilities Management (FM) has been diligently capitalizing on the improvements of the Co-generation Plant (Co-gen Plant).

Replacing Brock’s 25-year-old co-generation engines and two chillers, DEEP was undertaken in the Central Utilities Building along the edge of the Niagara Escarpment. This updated equipment provides reliable sources of electricity, cooling and heating for the campus. 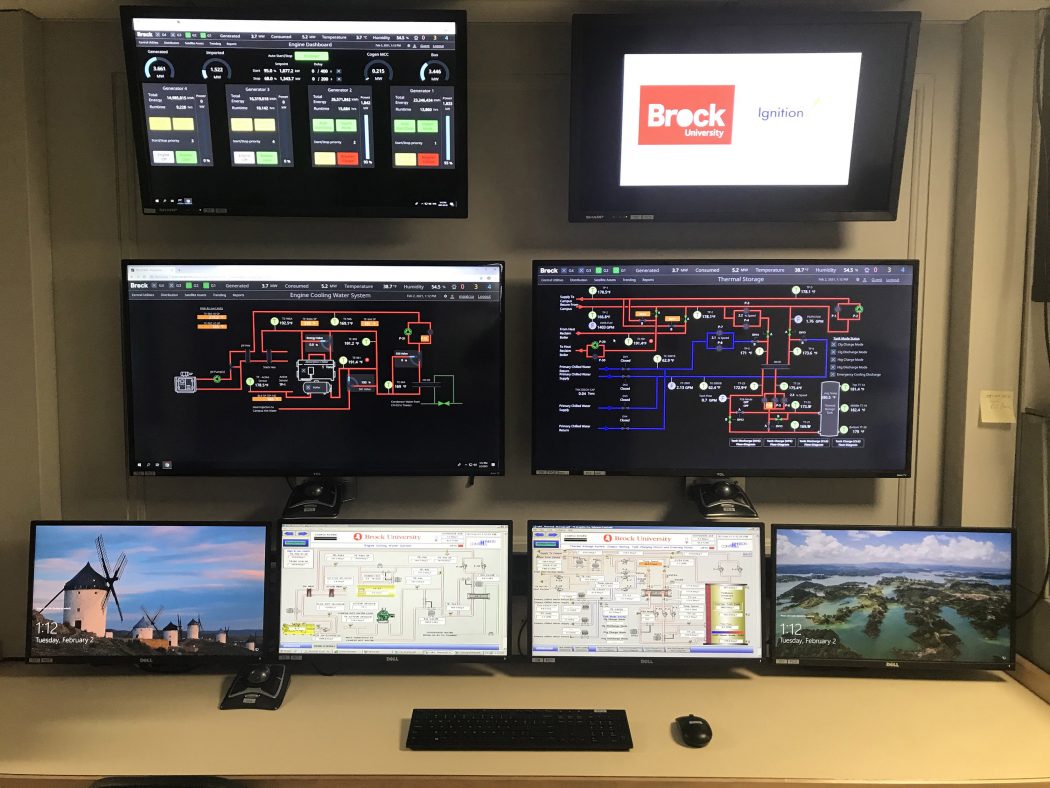 Several screens are used to monitor and operate the different systems serving the campus in the District Energy System control room.

“DEEP’s success extends beyond environmental performance and asset renewal,” said Scott Johnstone, Senior Associate Vice-President, Infrastructure and Operations. “It has created numerous initiatives, improvements and opportunities that have also resulted in cost avoidance, industry partnerships and knowledge transfer. DEEP has become the foundation we continue to build on to support the Brock community.”

In 2020, FM developed new programs for the Co-gen Plant to improve its functionality, including:

The implementation of DEEP also led to a partnership between Brock and Infineum Oil. Infineum is known for innovating, manufacturing and marketing additives for fuel and lubricants for all major oil companies globally.

Through this relationship, Brock has been participating in field test trials using the Co-gen Plant as the test site to improve on the technology used for these products. This increases the engine performance, while simultaneously lowering maintenance costs and pollution levels.

The momentum created by DEEP has led to other like-minded initiatives around campus. Most recently, the Co-gen Plant directly contributed towards credits related to innovation and carbon in Brock’s first Sustainability Tracking, Assessment and Rating Systems (STARS) submission. Brock received a Silver rating for its performance.

Facilities Management uses these graphic tools through the Supervisory Control and Data Acquisition system to track the performance of the District Energy System.

One of the most impactful attributes of DEEP for the University is the improved ability to participate effectively in the Independent Electricity System Operator’s Industrial Conservation Initiative as Class A customers.

In 2020 alone, being billed as a Class A customer saved Brock over half a million dollars in electricity costs. This also provides Brock with enhanced flexibility on the DES operations to balance cost, assets’ life, carbon emissions reduction, plant efficiency and resilience.

Encouraged by the success of DEEP, FM is already looking towards the future with sustainable initiatives in mind. FM is currently considering new energy management software, which would include dashboards around Brock’s facilities to increase awareness on energy use and sustainability..

In the future, FM and Brock’s Environmental Sustainability Research Centre, through their joint Charter Agreement, hope to foment competitions aimed to reduce energy and water consumption in Brock’s buildings among other initiatives resulting from the STARS data and results.

In August 2020, Facilities Management installed a new Supervisory Control and Data Acquisition (SCADA) System. This is an example of the electrical distribution seen on Brock’s SCADA system.