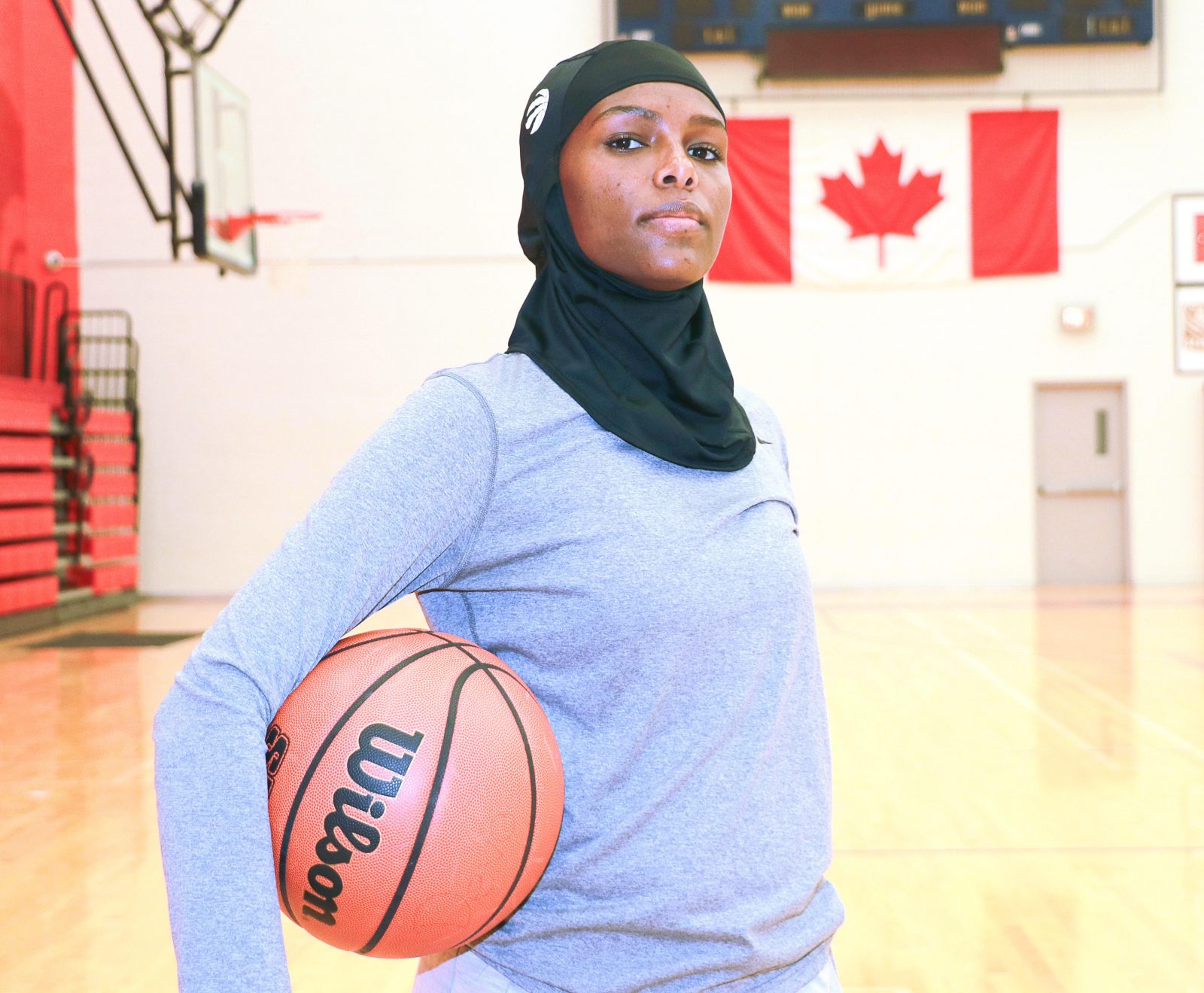 Brock University Master of Sport Management student Fitriya Mohamed (BSM '19) was recently named one of The Toronto Star's Changemakers for her efforts to engage Muslim women in sport.

Rather than simply fulfilling her own hoop dreams, Fitriya Mohamed (BSM ’19) has pivoted her focus to helping other Muslim women excel in basketball.

The Brock University Master of Arts in Sport Management student fell in love with the sport when she moved to Toronto from Ethiopia at the age of 10. She has since been on a mission to create a supportive space for Muslim women to pursue their on-court passions.

Mohamed’s actions have not gone unnoticed and this weekend she was featured as one of The Toronto Star’s Changemakers, inspiring individuals who are improving the lives of Canadians through their efforts.

While playing intramural sports as a young athlete, Mohamed found she was often the only Black, Muslim or hijab-wearing woman on the basketball court and soccer field. Rather than deter her, she saw this as an opportunity to prompt change.

She started a sports league for Muslim women that also acted as a non-profit, helping to ease the financial burden often experienced by young athletes.

While the COVID-19 pandemic derailed the league’s first full season, she’s hopeful for a return to the courts this summer.

Her dream is to see similar leagues created around the world that will connect Muslim women through sport.

To read the full Changemaker story in The Toronto Star, click here.