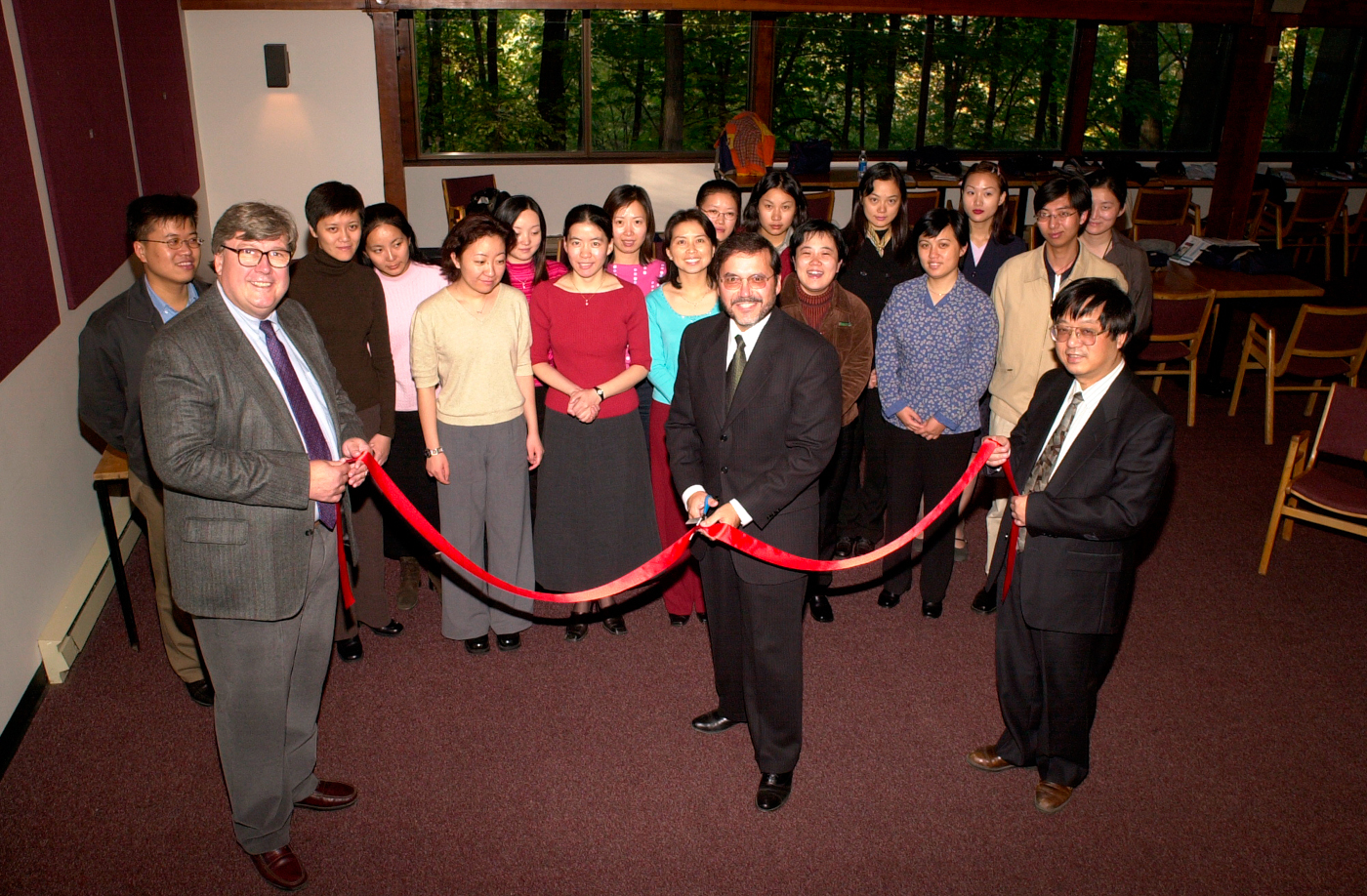 Martin Kusy, Professor of Operations and former Dean of the Faculty of Business, front left, is joined by Andy Panko, former Vice-Chair of Brock’s Board of Trustees, and Eddie Wu of the Shanghai Foreign Service Corporation at an official ribbon cutting in October 2000 to mark the start of the first cohort of international students enrolled in the Master of Accountancy (MAcc) program. Standing in the background are Brock’s first MAcc international students: All were professionals from accounting firms and multinational businesses in Shanghai, China, when they started the program in October 2000.

There’s a surefire way to get Stephen McCourt (BAcc ’99, MAcc ’01) to notice a resumé when applying for a job at RSM Canada’s Toronto offices.

Mention your Accounting degree is from Brock University’s Goodman School of Business, and you’ll pique the interest of the partner at one of North America’s largest independent audit, tax and consulting firms.

“There’s no doubt for me when I see that, I’m going to dig a little deeper into that resumé,” McCourt said. “It’s definitely a differentiator in the pile for me.”

That’s because McCourt is a Goodman Accounting Co-op alumnus. More notably though, he was also one of the first students to enrol in and graduate from the school’s Master of Accountancy (MAcc) program when it launched 20 years ago.

Pursuing a graduate degree in accounting wasn’t a requirement of the profession at the time. But McCourt had a passion for numbers, higher learning — he was considering pursuing his PhD — and especially for Brock.

“I already had a strong affinity for Brock and enjoyed my time in the undergraduate program. I really valued what it did for my personal and professional development,” McCourt said. “There was an element of loyalty and excitement to continue on the journey that I was already on. I also had the full support of my employer. This support and loyalty has led me to now being a partner at the same firm that I articled with as a co-op student at Brock.” 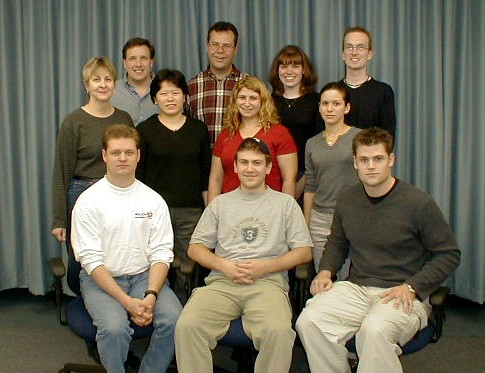 The first Master of Accountancy class, circa 2001.

It took some serious planning and strategizing to get the MAcc in place for its 2000 launch, however. Linda Stillabower was hired as an Accounting professor at Brock in 1993, and she arrived on campus determined there would be a day when her students would include those at the graduate level.

Three years later, she sat on a committee whose mission was to get the green light from both the University and the province to launch the year-long program. The committee developed an integrated curriculum, a concept that was ahead of the curve but would bode well for the school later when its MAcc was certified as a Chartered Professional Accountants of Ontario (CPA) pathway program in 2013. It would be the first to be accredited in Ontario and become a flagship for Goodman in the process. The MAcc also blazed a trail for other business graduate programs at Brock, including the Master of Business Administration (MBA), Master of Science in Management (MSc), and certificate and double degree programs that followed.

But Stillabower wasn’t thinking about any of that as she stood in front of the inaugural MAcc class in 2000, trying to keep tears in check.

“We knew them quite well and we worked their butts off,” said Stillabower, who still teaches in the program. “That first day of orientation, I could barely believe it without crying.”

The program was a lesson in discipline and dedication for McCourt. The payoff was a more confident version of himself — someone with strong communication and presentation skills, and the ability to think on his feet and outside the proverbial box. He also learned to consider issues and challenges from a variety of perspectives.

A program with global appeal

Richard Ye (MAcc ’01) arrived in St. Catharines from Shanghai in the fall of 2000 as part of the first international cohort admitted to the program. Ye was keen to go abroad and see how things are done elsewhere.

He’d already spent three years working for Ernst & Young in China so coming to Canada to study was the ideal opportunity for personal and professional advancement.

“The Canadian accounting standards are very solid and superior in the accounting world,” Ye said. “In China back then, three credentials were very famous: AICPA in the U.S. and the ACCA in the U.K. The third one is Canadian and it was the CGA. It wasn’t the biggest body in Canada (at the time), but these three were very recognizable in the Chinese market. If you held international credentials, you were very marketable.”

After graduation, Ye stayed in Canada, having both his family and career here. His academic achievements and previous work experience helped him secure a job with an accounting firm before finishing his studies.

He’s now the director of treasury at Maple Leaf Foods and a proud Goodman alumnus.

The number of applicants to Goodman’s MAcc and other graduate program over the years has only grown since McCourt and Ye began their studies.

Given the MAcc is a pathway to earning the CPA designation today, the program holds even greater allure than when it originated in 2000. It allows students to earn the professional certification in half the time that those balancing an accounting job with CPA exam preparations do.

Goodman’s MAcc graduates also have a high success rate on the CPA exam.

And if McCourt is any gauge, they’re also successful at getting their resumés seen. He credits his MAcc degree with helping him get to where he is in the accounting world today, including hiring the best and the brightest accountants in the country.

“The skills I developed in that program have helped me in my career,” he said. “Without a doubt, it was the best decision I ever made.”